Nice To Be Back!

Finally I am back in Blogland after a very hectic month or so with my retail job, along with other things that have been going on. All in all I am very pleased that things have calmed down now, that the schools have gone back, and that I can finally return to some normality. It has taken me since then just to catch up on everything, which has mainly consisted of all the generally mundane jobs that haven't been getting done around the flat where I have been working so much.

So where to start with filling you in on the recent goings on around here.....
Well I think that the August Bank Holiday weekend would be a good place to start!

Ordinarily being that the August Bank Holiday is the busiest weekend in the calendar with my retail job I usually have to work right through it, but this year for the first time ever I managed to swap my days off around and get it off so that I could go to Reading Festival.

You may remember from previous posts that I love going to my music festivals and try to go to at least one per year. Normally we go to Download Festival but since the line up was similar to previous years and a band that we wanted to see was headlining at Reading, we thought that we would give it a go for a change.

My friends all went down and camped from the Wednesday to the Monday like we usually do for Download Festival, but due to work commitments I went down on the train after work on the Friday evening. We all had an amazing weekend and it was lovely to try a different festival experience, but I still think that Download will always be my festival. The weather was also pretty kind to us until we got back to camp on the last night when it didn't stop raining for the next 24 hours, so we got drenched walking back to the station on Bank Holiday Monday but by that point it didn't really matter. 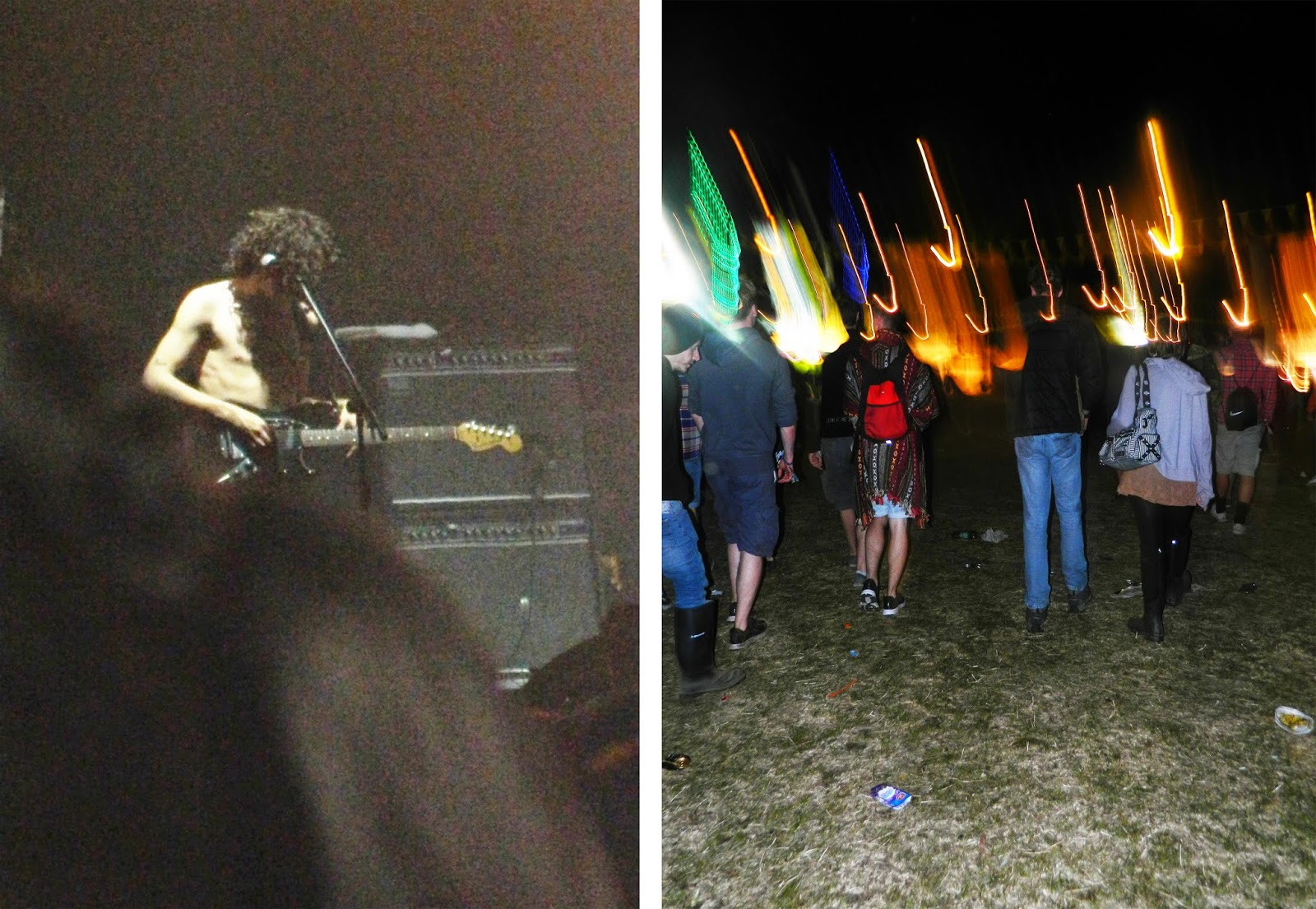 Reading was a welcome few days of rest but I was thrown back to reality with a bump when I got back as I was straight back to work, plus we had all of the mortgage stuff going through which at the time we didn't know the outcome of.

As it turned out we got out mortgage in principle approved which was a relief, and then had a property that we loved come up vey quickly after. Unfortunately it went but then came up again a few days later, so we swiftly went and viewed it.

We both loved it and put in a offer straight away, but there were already three-four other offers in all at the same price as no one was allowed to go above this. We had to wait until after the weekend to find out if we had got it or not, as it was then just down to the vendor to decide.

Unfortunately despite our good position as first time buyers we didn't get it, which was a big blow for us and we were both pretty disappointed about it. I think that deep down though I knew that we wouldn't get it, as it would have been far to simple for us to have seen the first property that we liked, which also happened to have been chain free and got it.

Since then we have viewed another property but it just wasn't right for us. I think that it is going to be very difficult now though for us not to compare other property's to the one that we lost, as it was such a good price and one of the better examples of a Maisonette around here. It also had it's own private garden which would have been perfect as our budget won't quite stretch to a house.

So now we just need to keep looking and hope that something will come up soon, as there is very little on the market around here at the moment. I thought that looking for property's would be fun but I am discovering that it in many cases it really is not, but at least we have got to the point that we can now look.

We have until the beginning of December to find somewhere and until Feb to move as we really don't want to be renewing our flat lease again. It's not the greatest of places and we have had numerous problems with neighbours, the lack of soundproofing due to the ago of the building, and issues within the flat such as the washing machine which I am still having to fill up manually.

Plus this is currently the view outside of our front door as they are redeveloping the land opposite the flats at the moment. 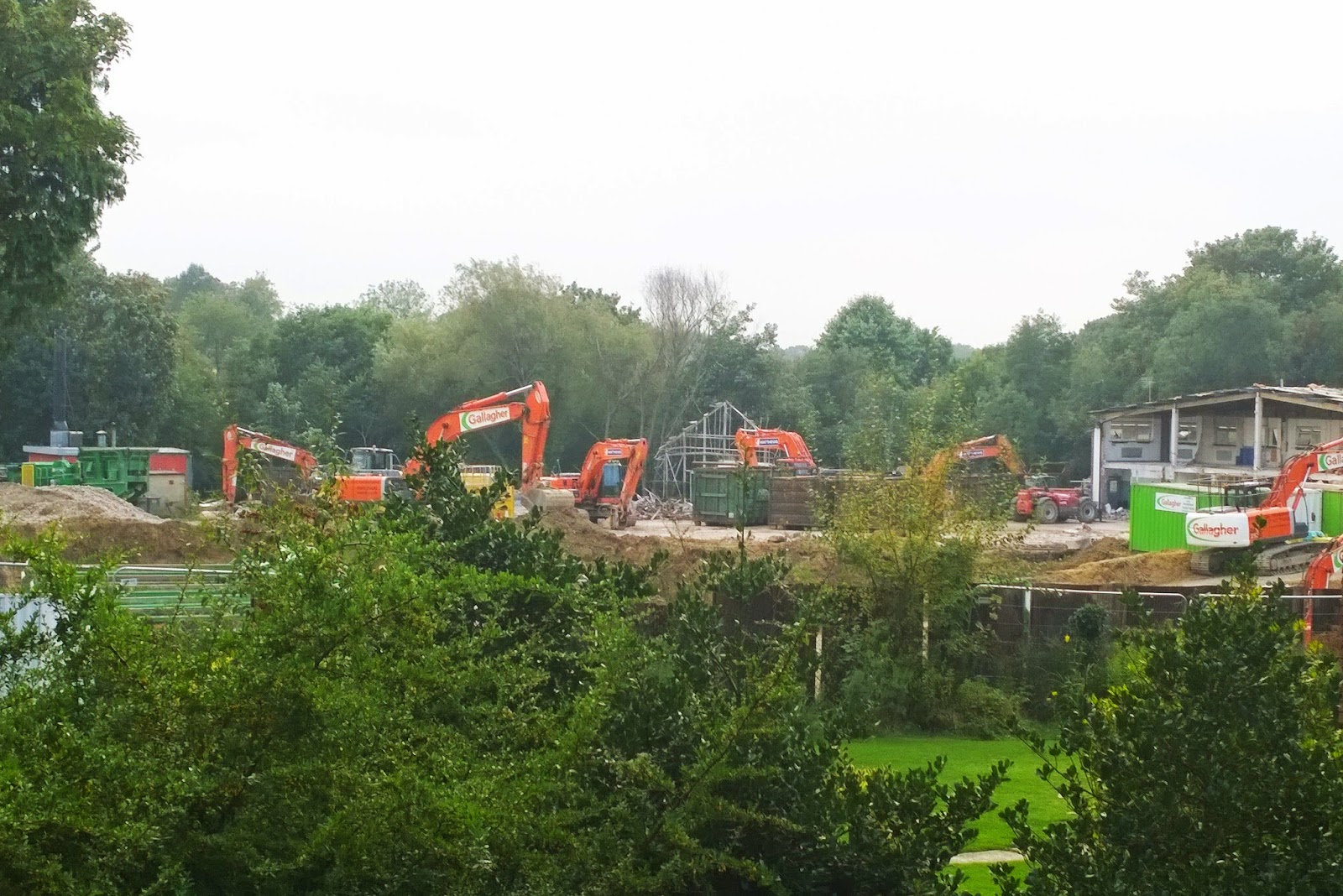 The only reason that we have put up with it for so long is because the rent has been relatively cheap for us to save, but we are definitely ready to move on now so hopefully something will crop up sooner rather than later. So all in all that was a pretty stressful and emotional week.

The schools also went back that week so things began to calm down at work, and that weekend we had the wedding reception of one of my hubby's friends in Brighton.

They had a lovely low key day with just close family at the ceremony in the Brighton Pavilion, and then an evening reception with friends in a music bar. It was a beautiful evening which was so very them, as they both live in Brighton and are really into their music. 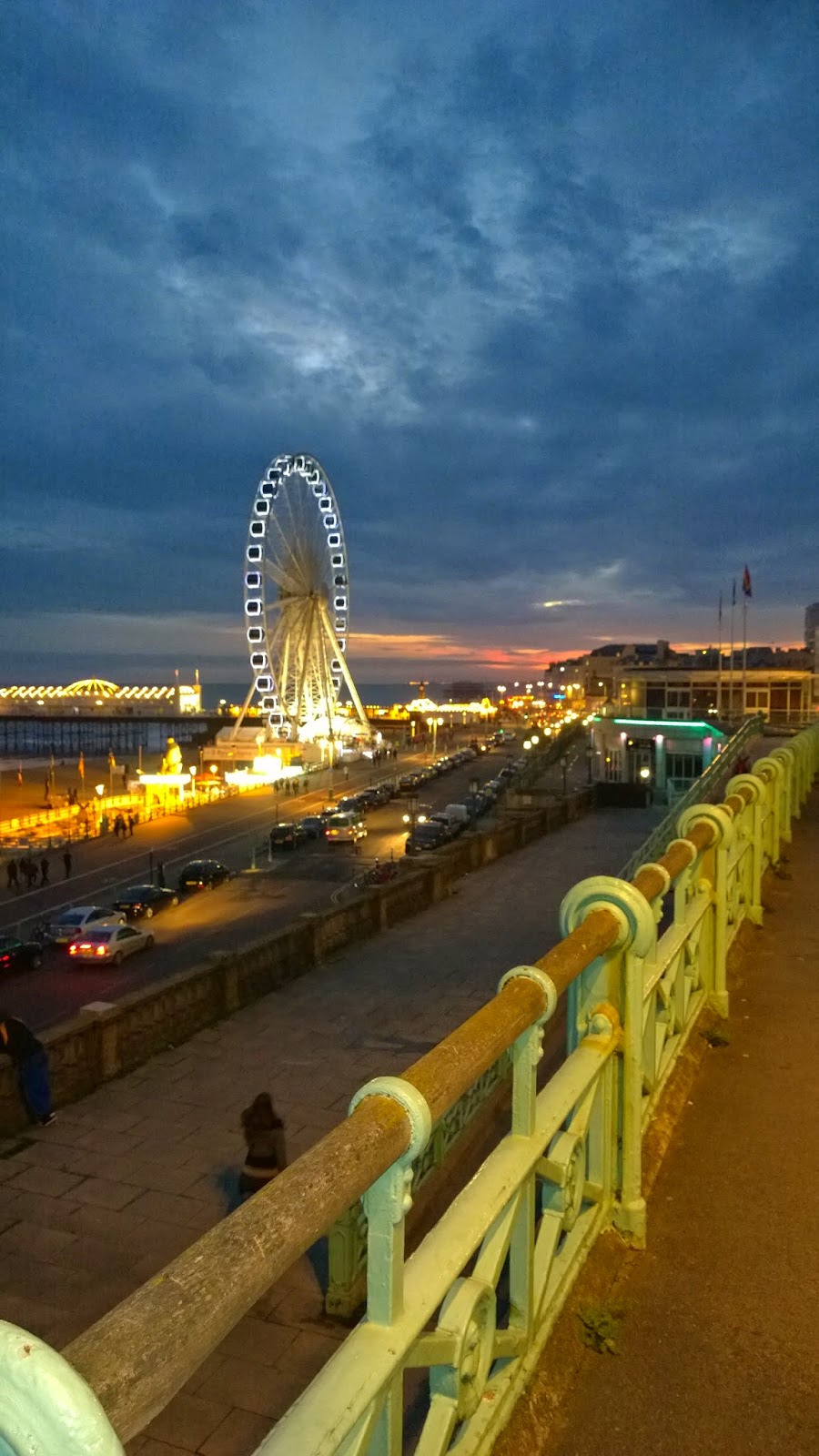 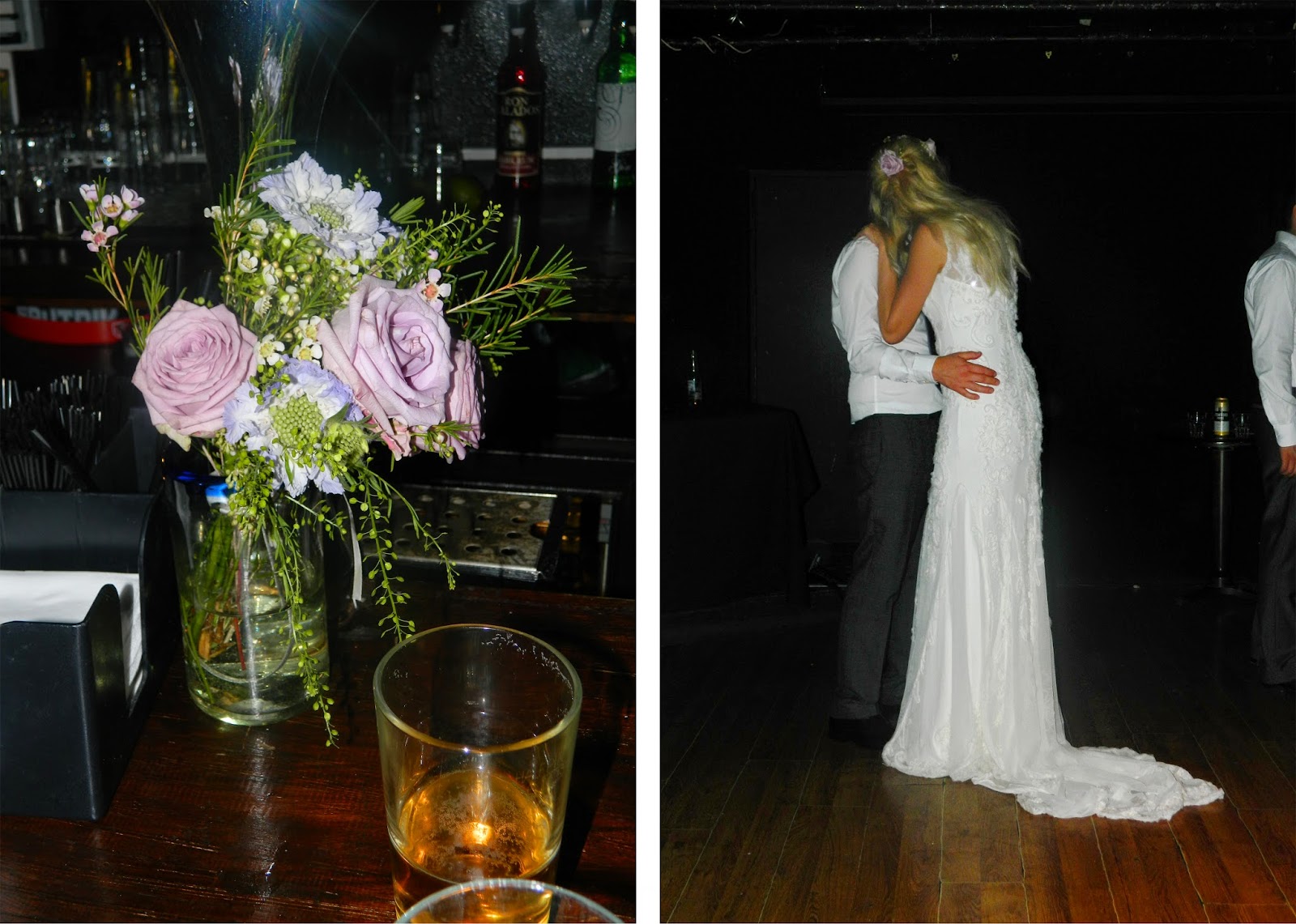 On returning from the wedding reception I turned on the light to find this life sized monstrosity in the bath! 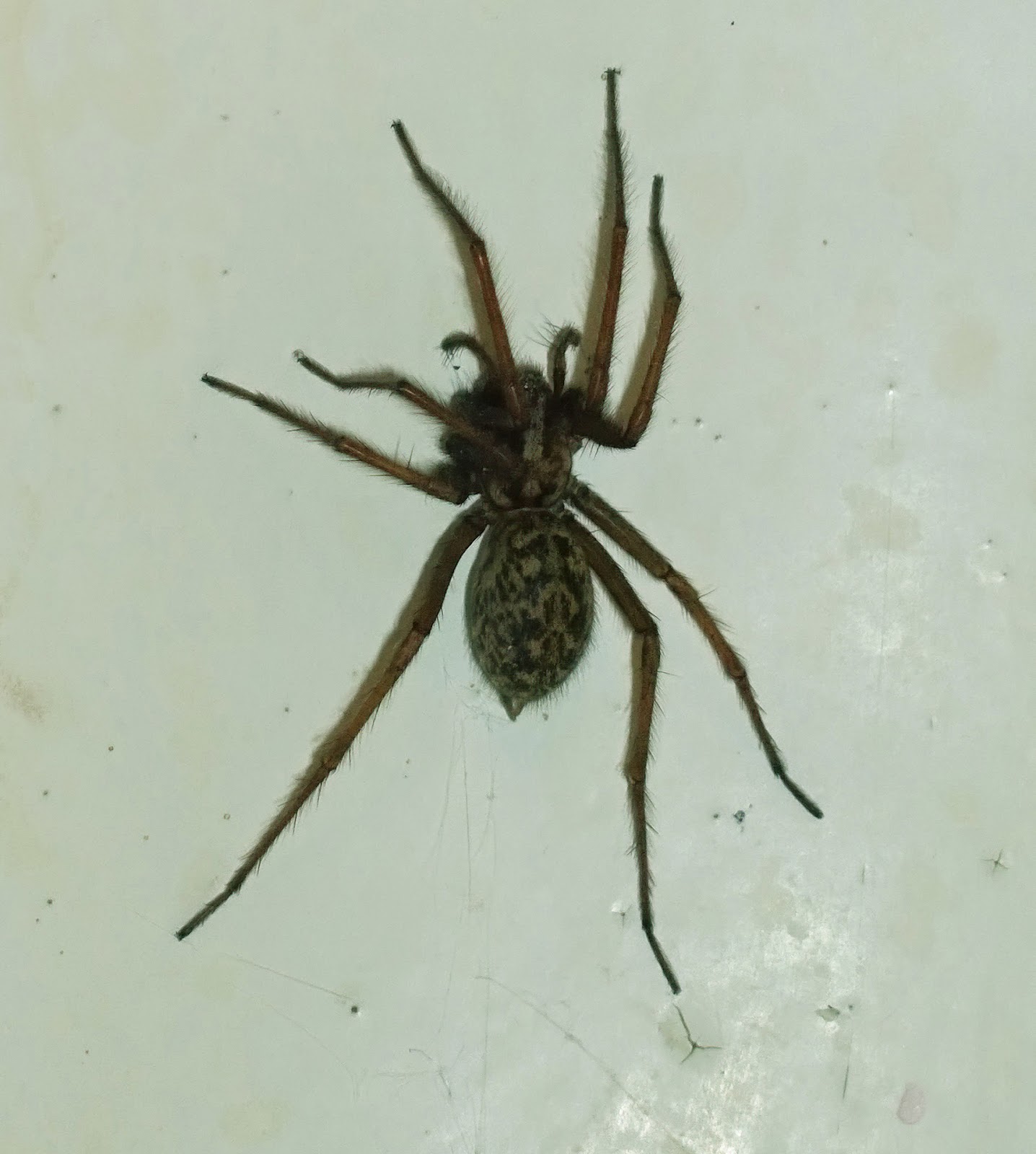 I mean I don't generally have a problem with spiders and we often find big ones around work, but I don't think that I have ever found one quite as big or hairy as this one before! As much as I didn't want him in the flat I wasn't going to hurt him, so I caught him in a glass and carefully placed him in the gardens downstairs.

Then a week or so later I was greeted by round two of the massive spiders, when I found the one below down my side of the bed just as I was about to get in it! I did wonder at first if it was the same spider, but I think that he would have been pretty hard pressed to get back up to our flat again but who knows! I just hope that I don't find anymore any time soon!
﻿ 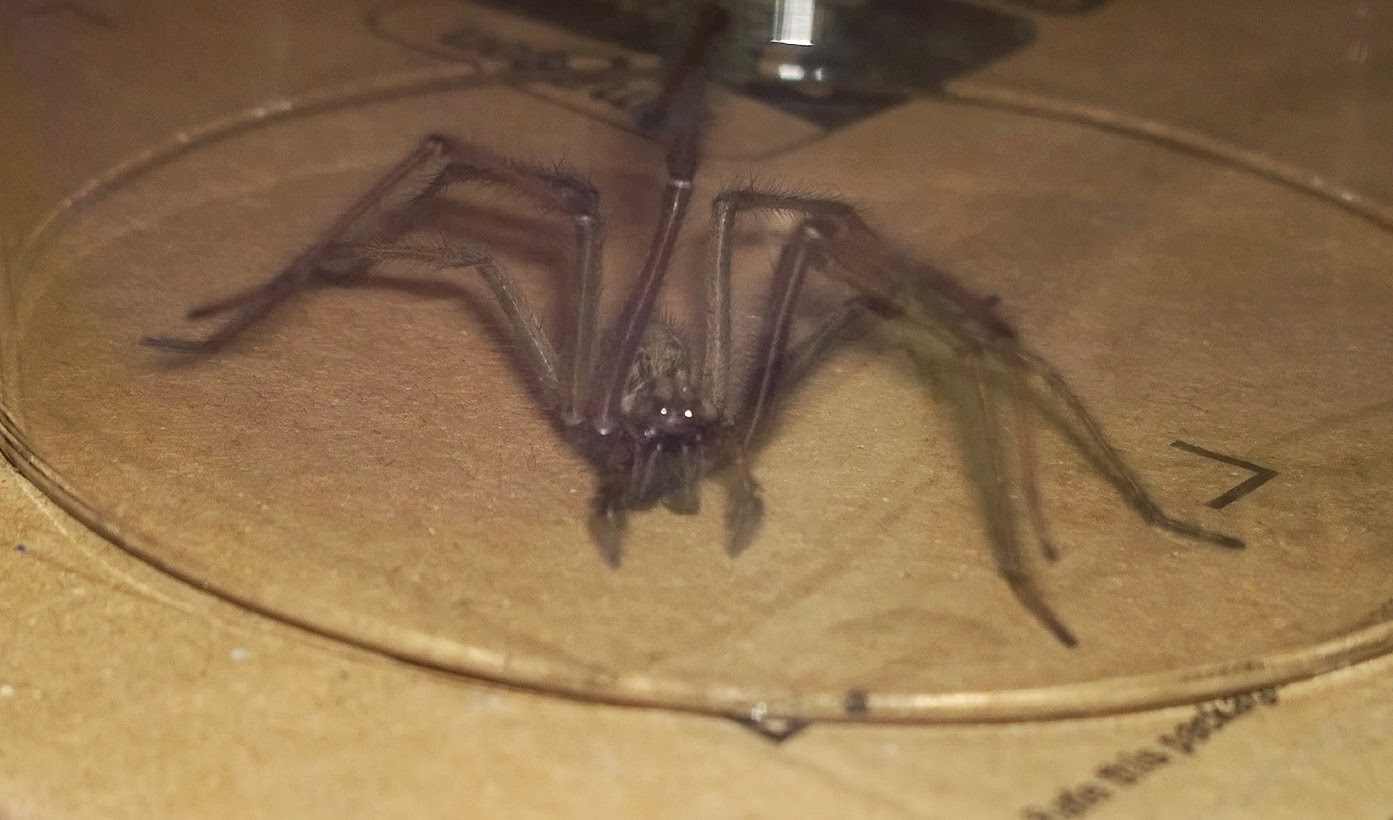 So after the events of the spiders and the wedding reception, we then had my hubby's uncles 70th birthday which we attended last weekend and was held at the hotel where we has our wedding reception. This was a bit weird but lovely for both of us, as it was the first time that we had been back to the hotel since. Once again the weather was pretty good and we were able to spend most of the day out in the grounds of the hotel. We also had a sit down meal of curry, as his uncle was bought up in India and there was a live band playing throughout.

So I think that this almost brings you up to speed with the goings on around here. The only other thing to report is my random trip to minor injuries which took place not long after Reading. I came back from work one day and suddenly had pins and needles running down my arm, and then realised that the tip of me index finger had turned purple and swelled up for no apparent reason. 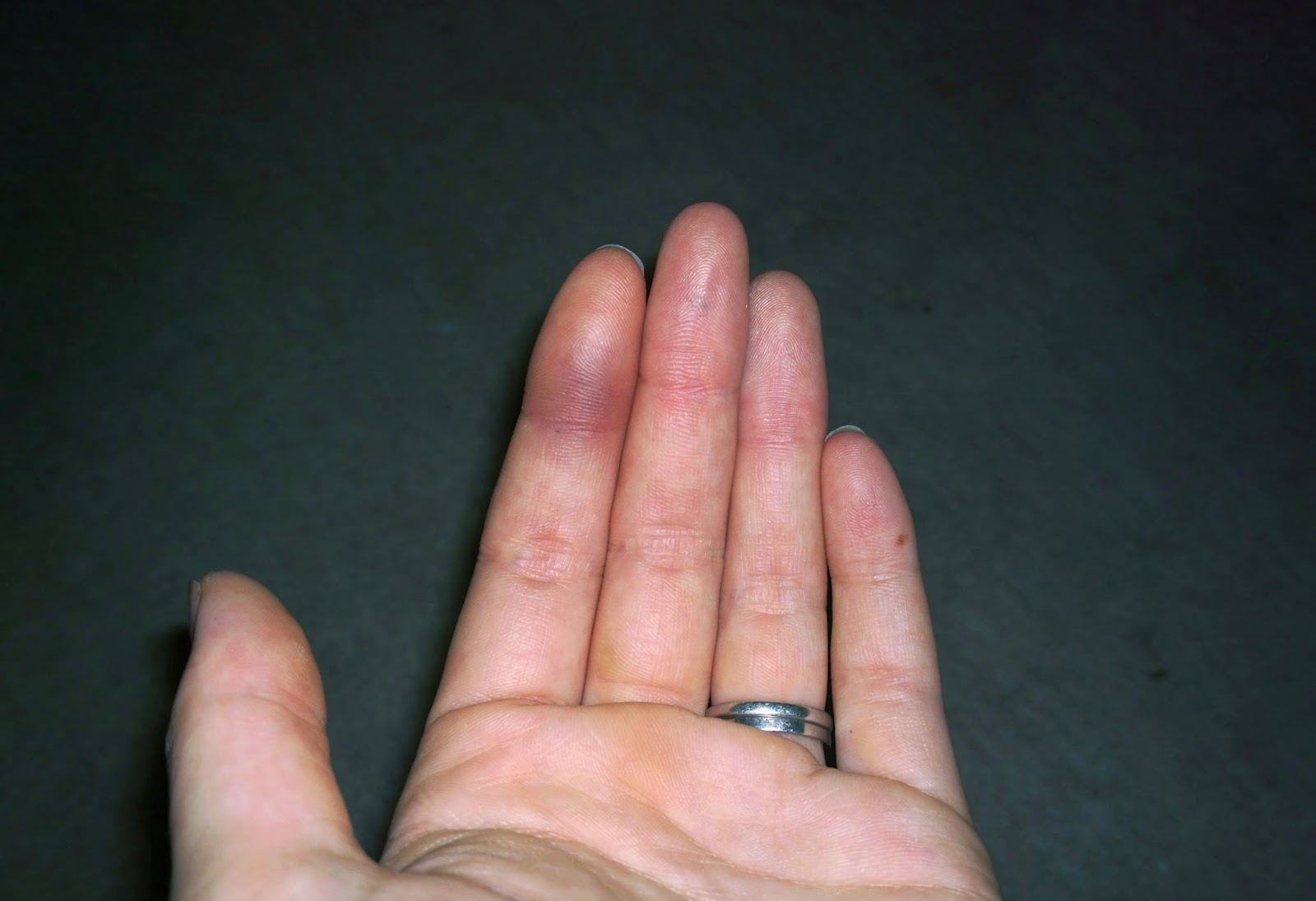 A bit concerned I went to the chemist to see if they could shed any light on the issue, but I had no luck. So I phoned 111 the non emergency NHS hotline and they didn't really have much of a clue to what it may have been either, and advised that I went to the out of hours minor injury unit. On going there the only thing that doctor thought that it could be was severe bruising, from where I had wacked the two fingers next to it on a door frame at work. This in turn caused some kind of delayed reaction that had caused displaced bruising onto the finger that I hadn't actually hit! Which in turn caused the pins and needles through the swelling pushing on my nerves. Very odd I know but that just about sums me up! It took a couple of days for it to get back to normal in which time I couldn't bend it properly, and with it usefully being my left hand it also meant that I couldn't write either.

So that is everything that has been going on, and sorry that it has been a bit of a long winded post! I hope that everything has been well with you all over the last month and that the weather has been kind to you. We have been very lucky to have had a lovely warm summer with very little rain and even though the chillier autominal mornings are beginning to creep in which I love, we are still having a bit of an indian summer with temperatures still up in the mid 20's.

I also hope that you have all been enjoying your weekend! I have been out for a meal with my parents, sister, and hubby today as it is my mum and dads Wedding Anniversary today, and they have been married for 29 years! x
Posted by Jenny at 18:57 No comments: