I have had a relatively chilled out weekend this week, compared to those of recent weeks. Firstly I have had both Saturday & Sunday off of work, which doesn't happen often these days, and secondly I have had nowhere to go & nothing to do today. So I have finally had the first chance in a while to sit down and do a bit of Bobby Bunny sketching, which I must say I have missed! This is what I have come up with so far: 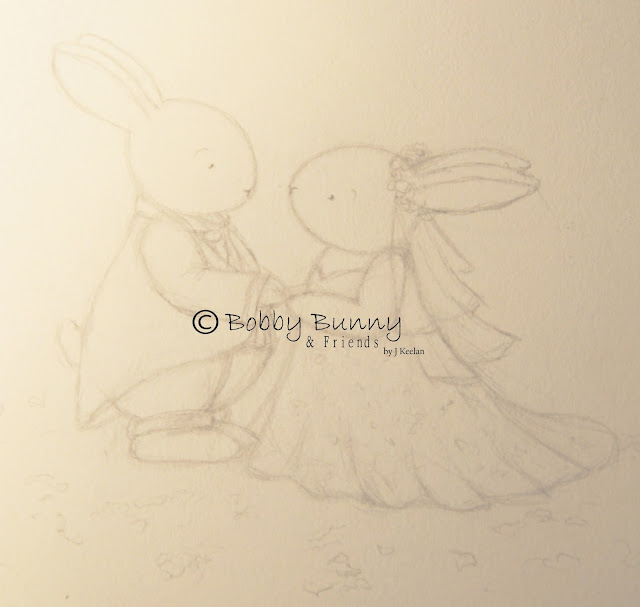 It's just a rough sketch at the moment which still needs some tweaking. But once finished it is going to be a wedding card design for some close friends of mine, that are getting married in mid September. So far the image has gone pretty well and flowed out quite easily, so hopefully it will continue that way!

I hope that you have all been having a good weekend, and that you haven't been having too much rain or stormy weather! We seem to have been pretty lucky here and have missed the storms and flooding that have affected a lot of the country this week. Only having had some rain yesterday and overnight, which on the plus side has meant that the air is feeling much less muggy. But whatever the weather where you are enjoy the rest of your evening and the week to come. x﻿
Posted by Jenny at 20:54 1 comment:

Hello there! I am still here and have not disappeared off of the face of the universe; I have just been caught up on a big project for the last few weeks! As you can see from the post title, the project has involved decorating the bedroom of my friend’s two and a half year old twin boys. Which is something that we have been planning on doing for a while now.


It took us a while to decide what to paint as she wanted something that was going to be suitable for their age, but that wasn't too babyish that they would outgrow it. We also didn't want to go for anything too complicated, as we didn't have much time to do it in. So we put our heads together and came up with a range of ideas based upon things that the twins like from farm animals, to Dinosaurs and Disney characters, but we finally settled on jungle animals.


After coming up with the theme we then had to decide on how we were going to do it, and which colours to use. My friend came up with the idea of doing animals as silhouettes and found some reference images online that she liked. We than played around and adapted the designs to what we wanted, and decided to use a limited colour pallet to stop it getting to complicated & expensive. Then we were ready to go.

My best friend who is currently at university also doing a similar Graphic Design and Illustration course to the one I did, also came down for the day to help. Between the two of us it took about four hours to draw out the designs, but the painting took much, much longer that we had expected.

So what was going to be a couple day job, turned out to be five days worth of 12 hour days plus a couple of evenings. Unfortunately my best friend was only down from university for the day, so I had to finish it off along with the twins mum on my days off.

But we got there in the end and are all very pleased with the results. The twins also absolutely loved it and instantly wanted to move back into their room. Seeing their little faces light up definitely made all of the hard work that we had put into it worthwhile. See what you think of the results below: 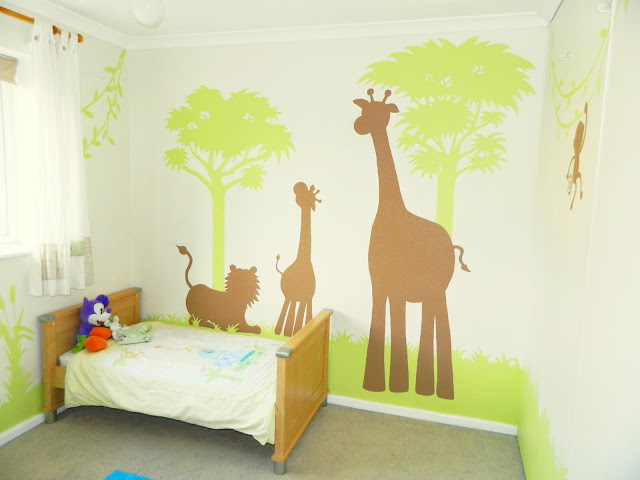 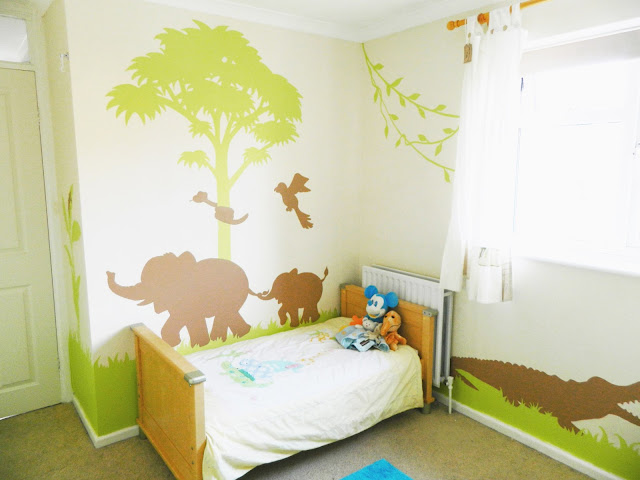 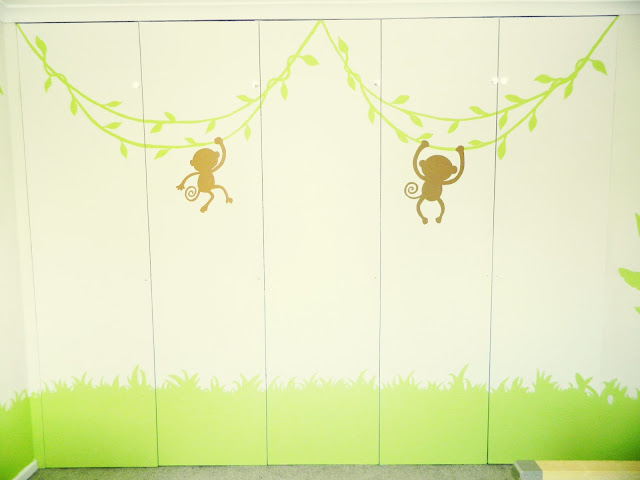 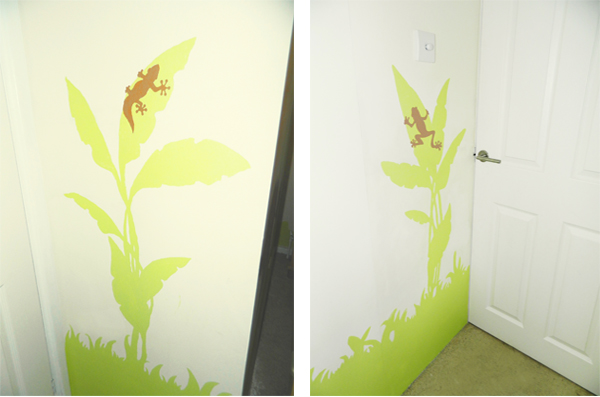 Now that the room is finished I am just trying to catch up with everything blog land, and with jobs in the real world! Before then getting on with some new Bobby Bunny projects.

I hope that you have all been well and getting as much sunshine as we have here. The weather has been glorious for the last few weeks now, which has meant that there has been plenty of lovely barbeques with family and friends. I just wish that we had a garden of our own in weather like this, but maybe one day!

Before I go I must show you these lovely flowers that I had sent to work which was a big surprise. Especially since I had no idea who would be sending me flowers, as my hubby had no reason to. As it turned out they were from my friend with the twins as a thank you for doing the bedroom. Which was a lovely gesture especially since I had already been paid for it. 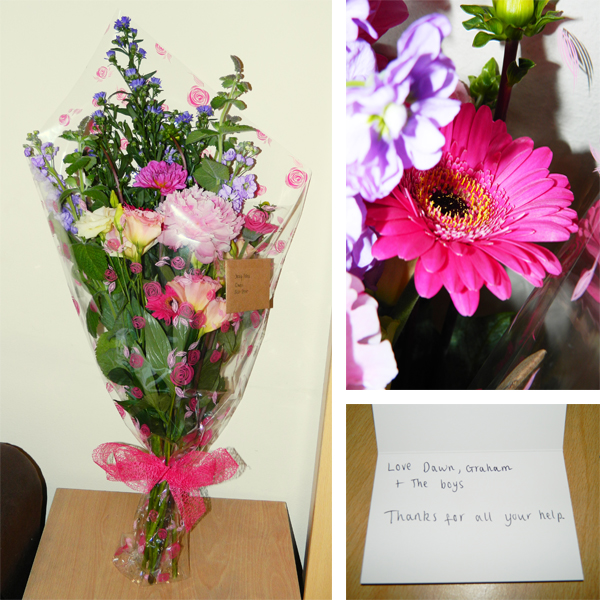 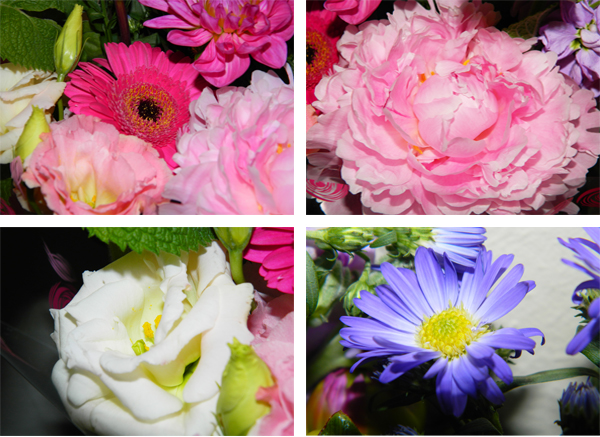 I hope that you all have a lovely week, and that the sunshine lasts for you all. But I do hear that there may be storms on the way, lets hope not though! x