We have been having some beautiful weather around here lately, with weeks of sunshine and temperatures up to the 30's. Which for those of you who do not live in the UK probably doesn't sound that hot, but for us it is quite something! Truth be told it has been a little too warm for my liking, but still I can't complain as it's definitely better than rain!

So on my day off last Friday I thought that I would make the most of the lovely weather by going down to Brighton with my best friend who was down from University, along with some of her Uni friends who had never been to Brighton before.
We had a lovely day shopping down the Lanes, walking through the grounds of the Pavilion, playing in the Amusements, and eating Fish and Chips on the Pier. We then went to a few bars as one of the many summer storms that we had towards the end of the week, and over last weekend began to roll in.

The evening was then finished off by us spontaneously going clubbing, then watching a spectacular lighting storm out at sea on the beach in the early hours. Unfortunately I didn't manage to get any pictures of the lighting storm as the battery on my camera had run out by this point, but it really was amazing like nothing I had seen before. There was no rain, no thunder, just this spectacular light show out at sea. It was quite something considering we very rarely ever get thunder storms, spring or summer!

I did however manage to get pictures of the rest of our day, as you can see below: 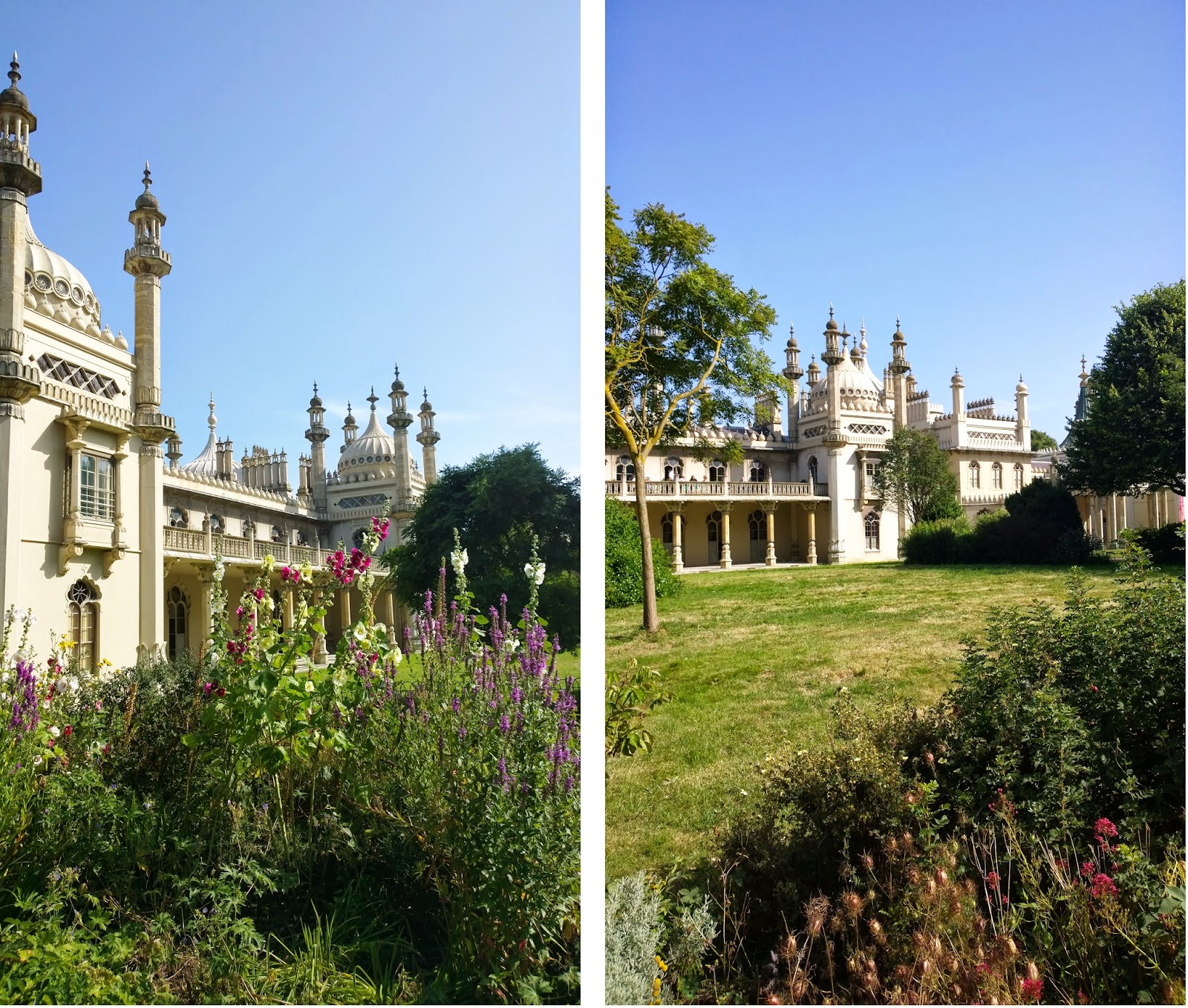 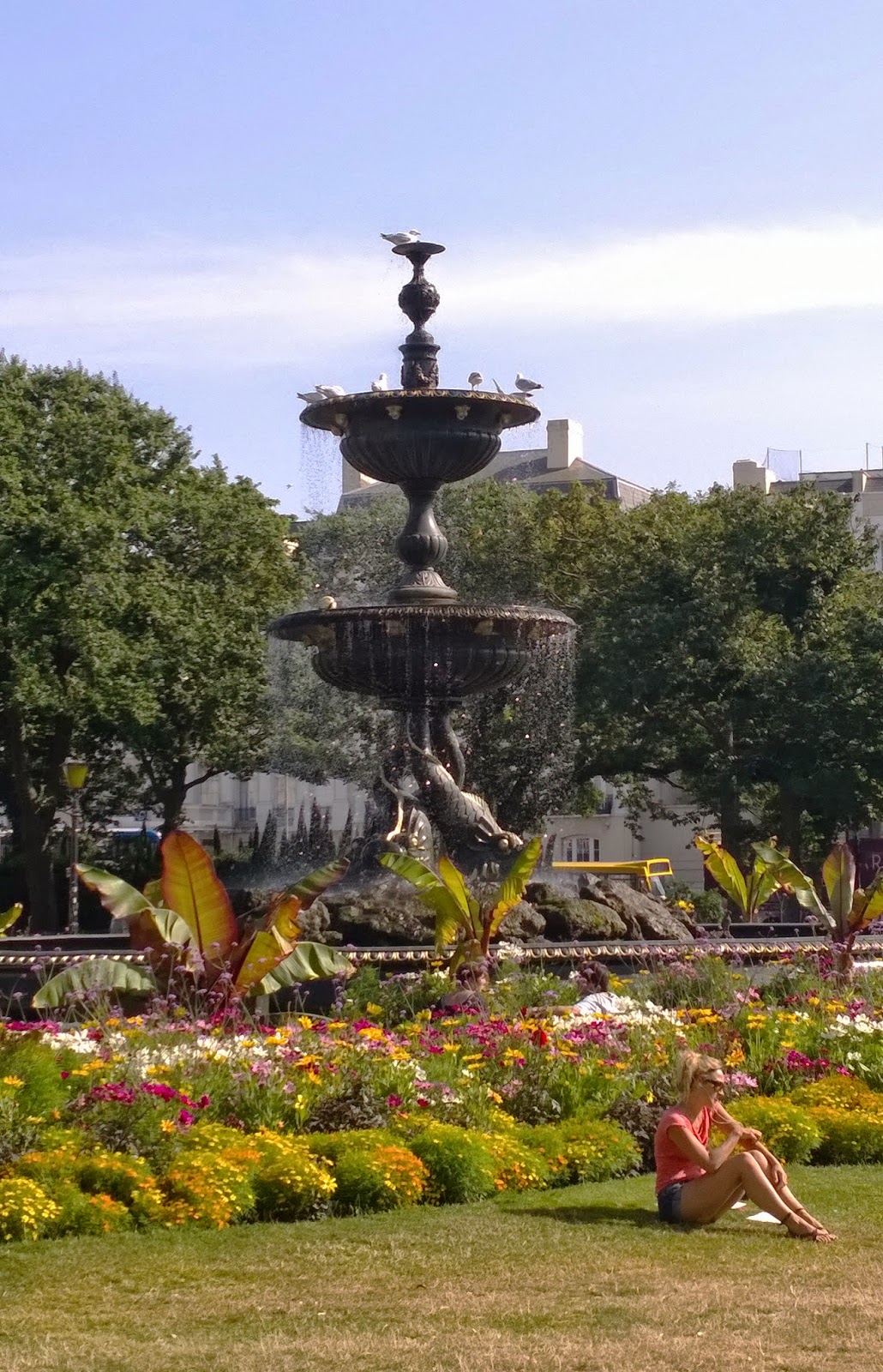 Pretty fountain in the grounds 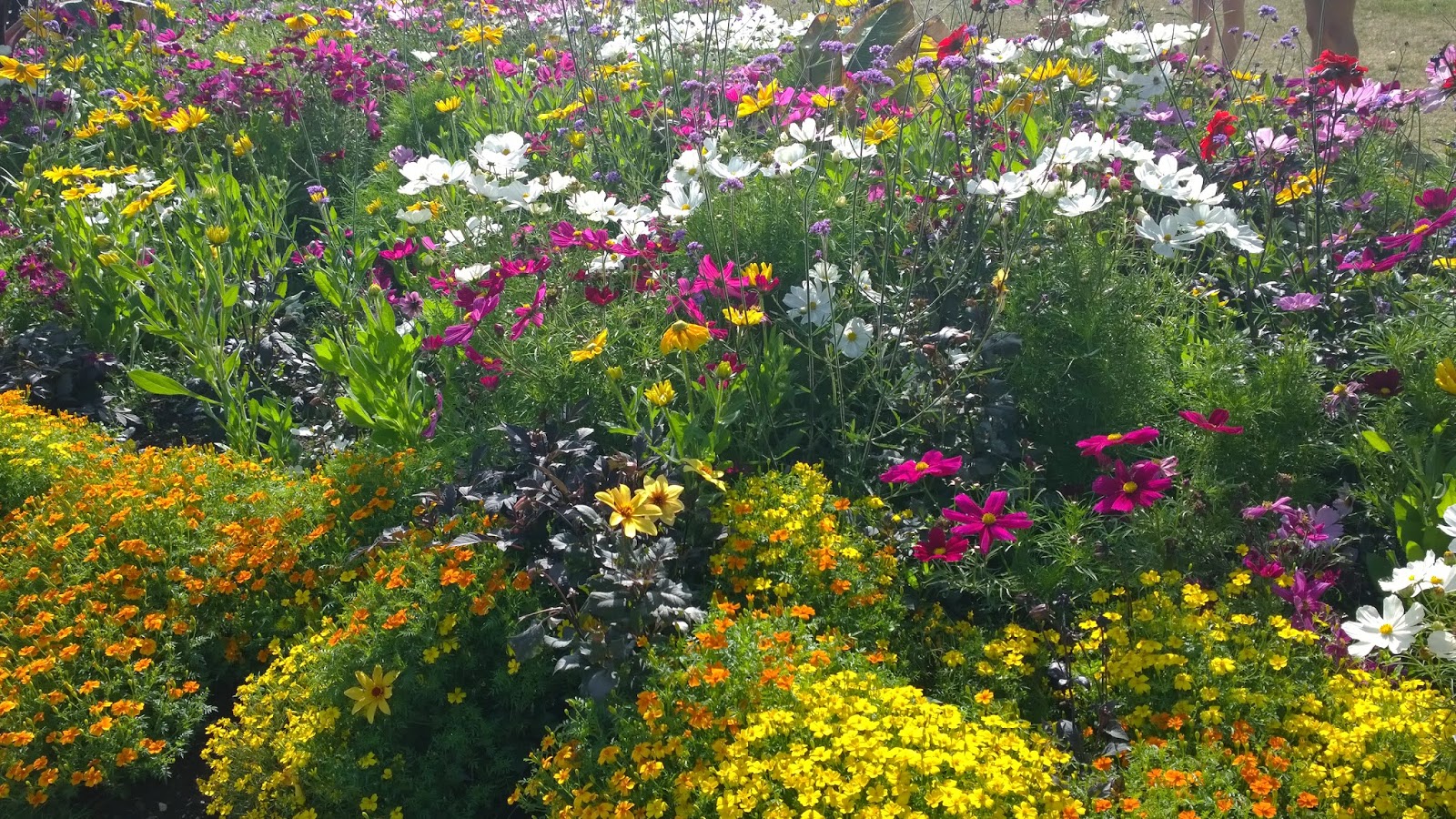 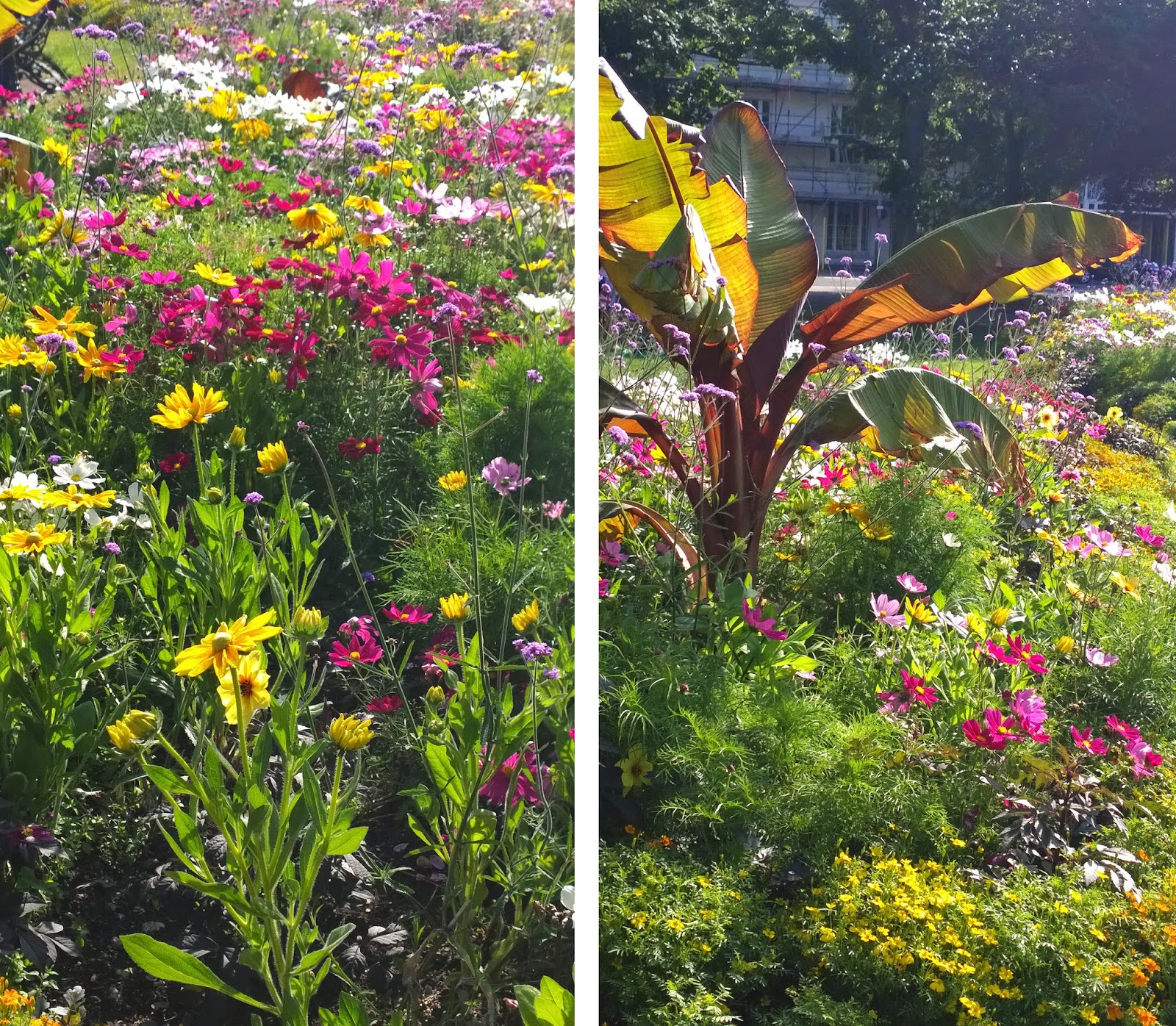 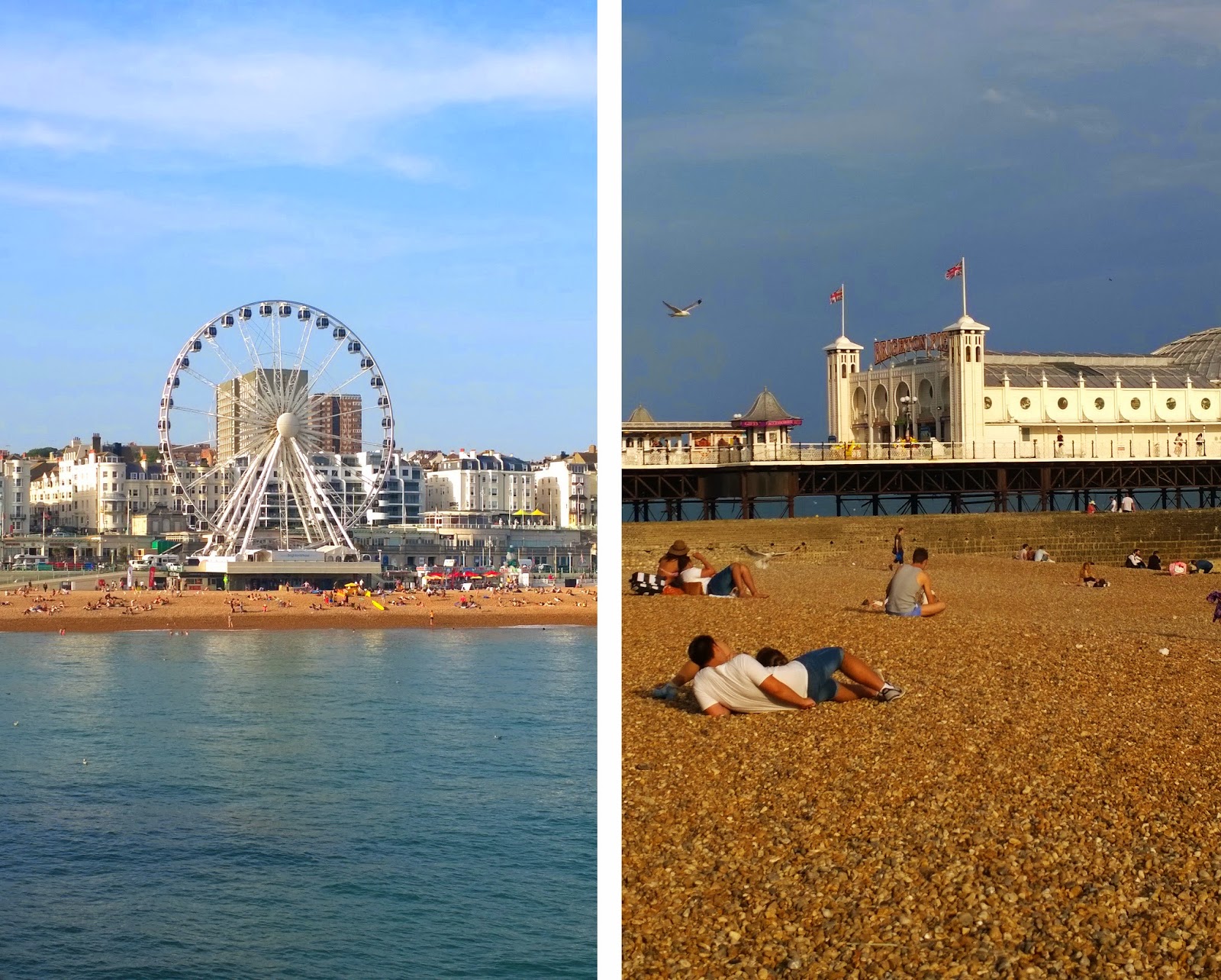 The Brighton Wheel and the storm clouds rolling in 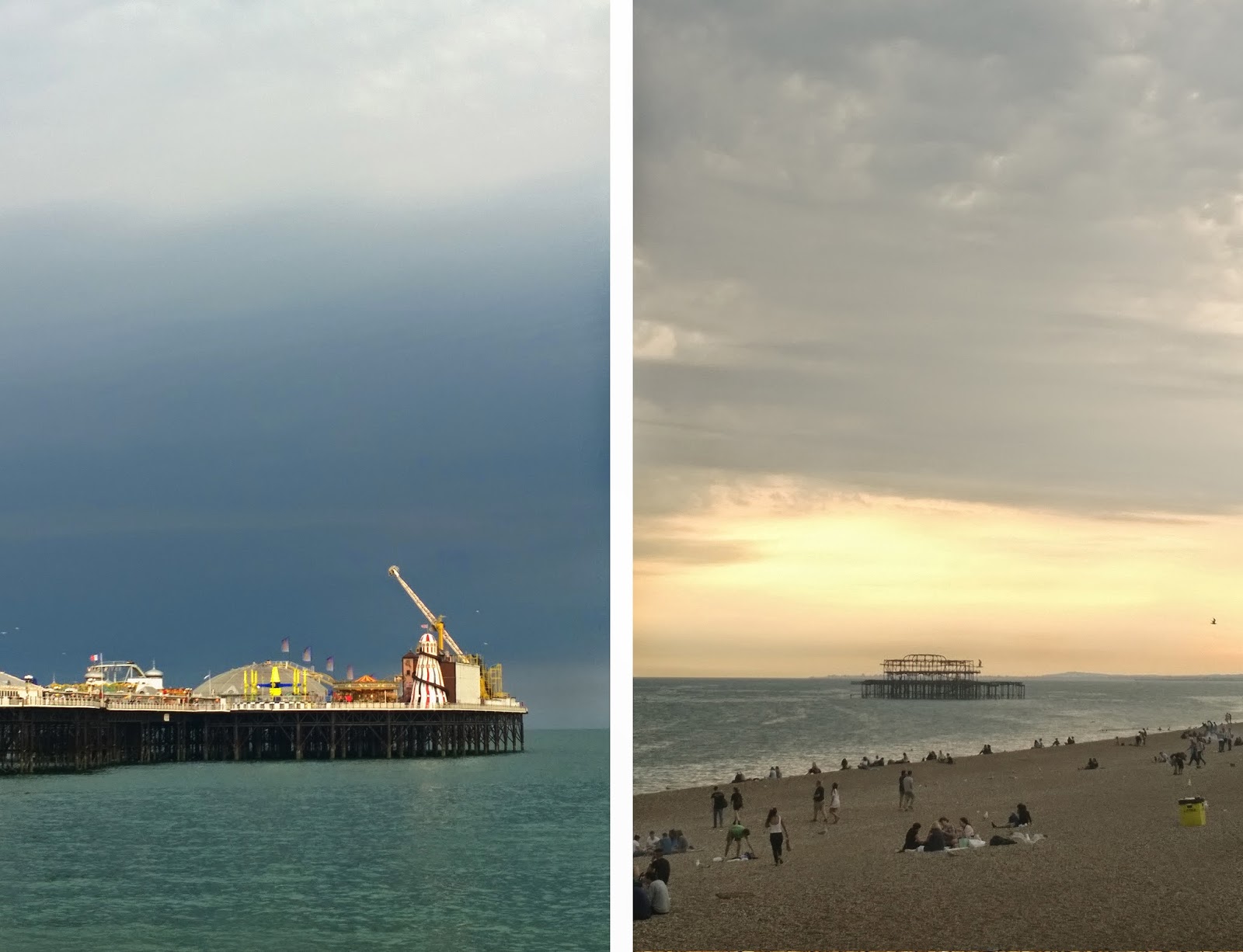 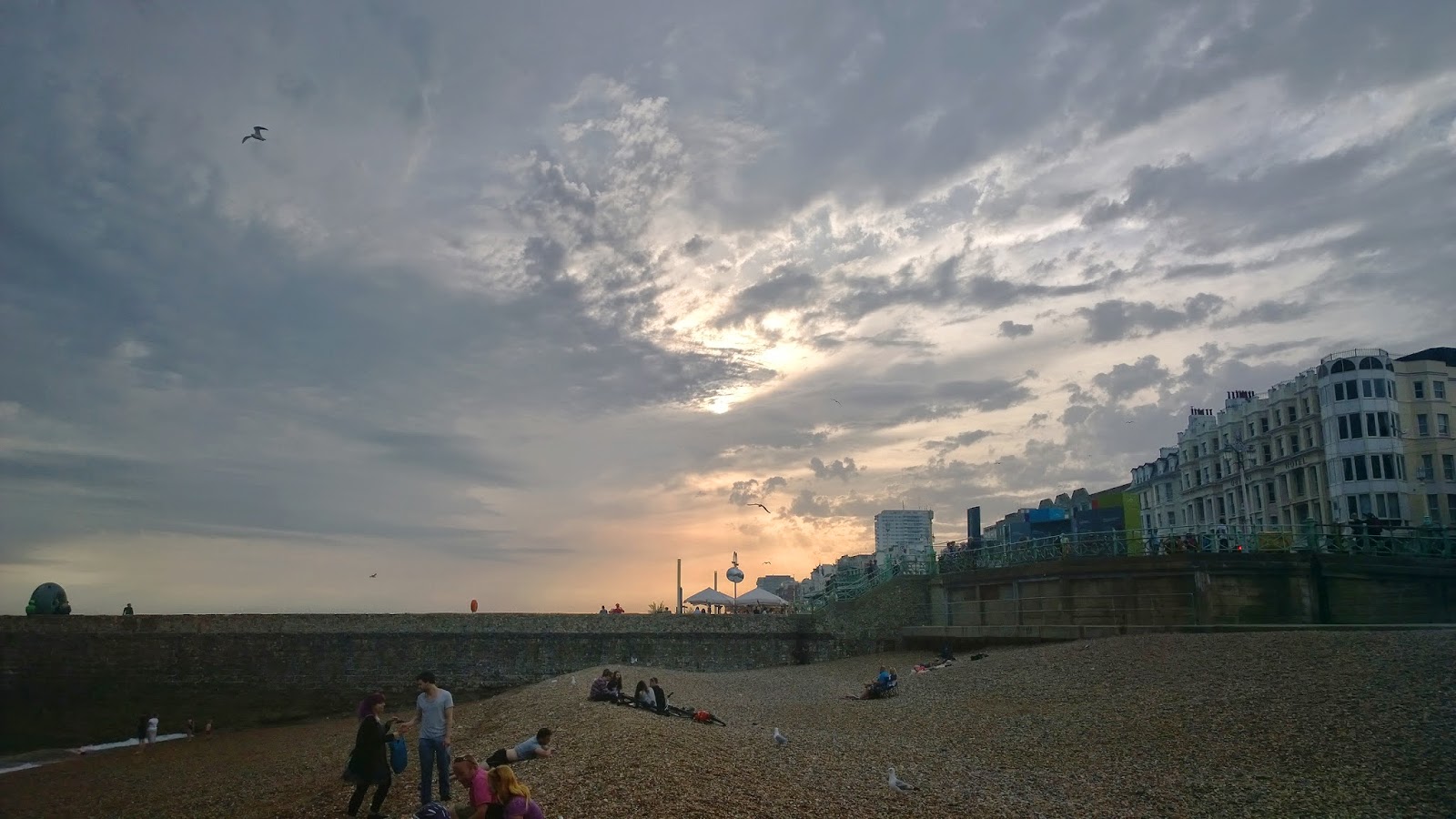 A beautiful sunset over the beach 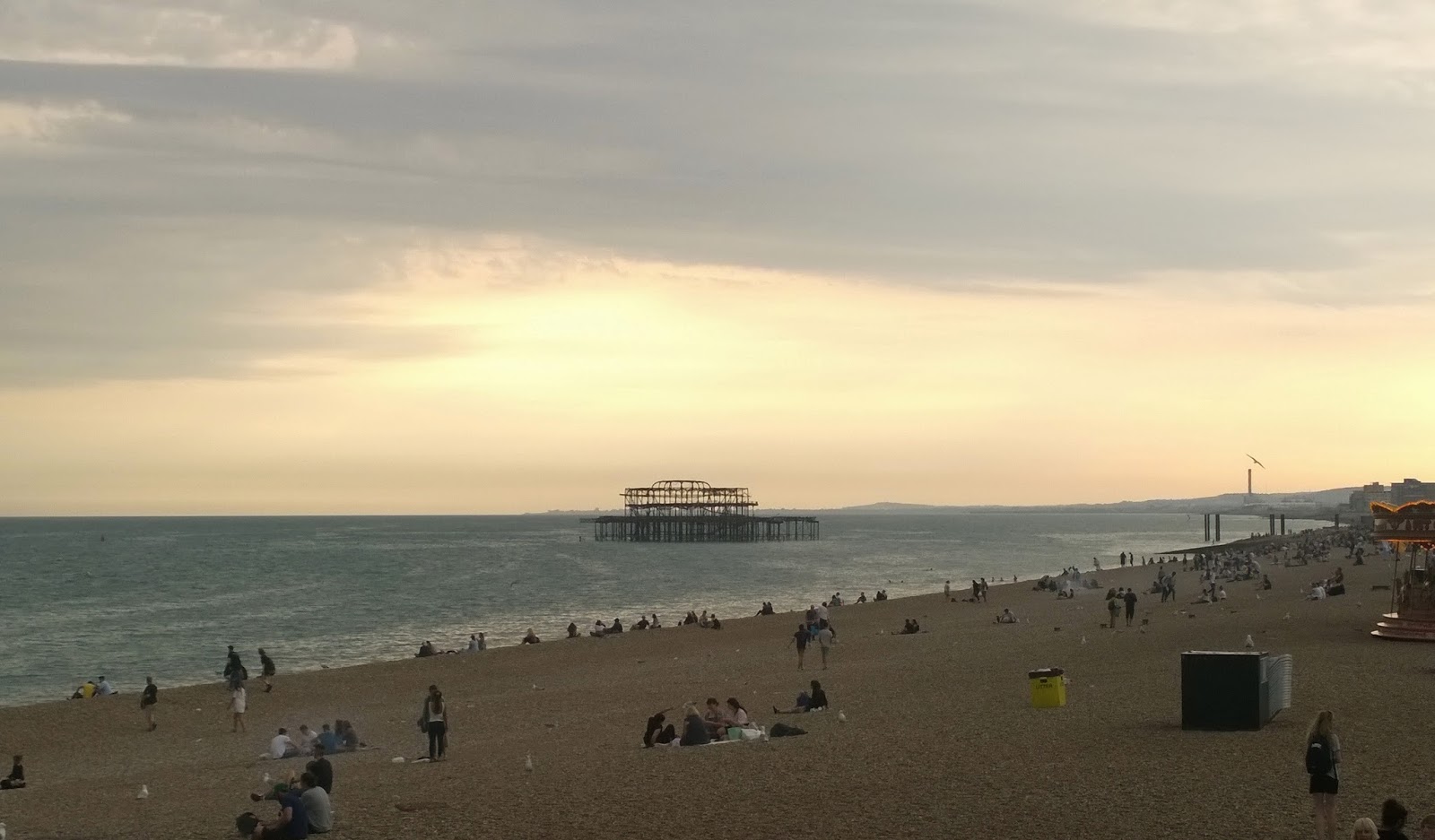 The sun setting over the West Pier
Besides going to Brighton there is not a lot more to report from the last few weeks really. Project sort out the flat is still slowly taking place, and work is beginning to get much busier as we come into our peak trading time of the year. So all in all I am not getting much time to blog or to get much illustrating done at the moment, but please do bare with me as I do have many Bobby Bunny projects that are waiting to be created.
My Naming Day cards are also proving to be selling well this week, with two of them being for Evie's for Naming Ceremony's taking place this weekend. Which I found to be bit of a strange coincidence since they were both for events in different areas of the country, plus I am also going to the Christening of an Evie this weekend too!
As always I really do appreciate you popping by, it means a lot.
I also hope that you are all having a fab week and that the weather is treating you all as well as it is treating us! x
﻿
Posted by Jenny at 16:52 1 comment: