Hello everyone! I hope that you are all well! I just thought that I would pop by to bring you up to date with the goings on around here over the past six weeks or so. I also need to apologise to you in advance for how long and photo heavy this post is going to be!

So where to start!

Well back in April the 23rd to be precise it was my 27th birthday, which also so happens to be St. George's day here Great Britain. It fell on a Thursday but as I had the week off I was able to enjoy it by chilling and relaxing during the day, before going around to my parents for a Chinese in the evening. I also got very spoilt as you can see below! 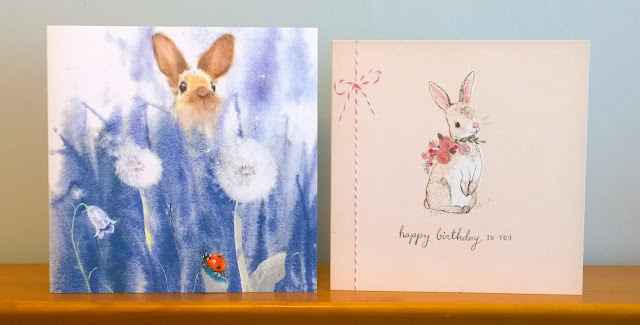 A couple of my birthday cards, with bunnies on naturally! 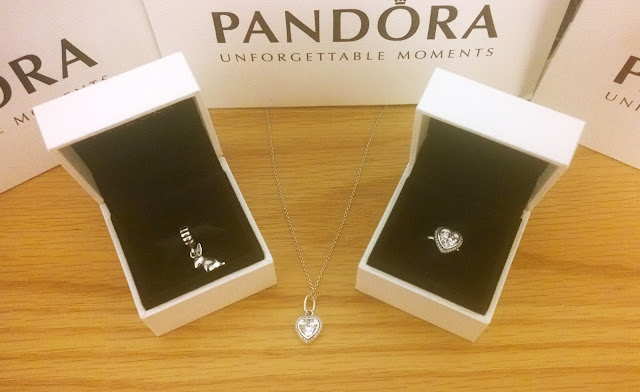 My gorgeous Pandora gifts! The pendant was from my hubby, whist the matching ring and bunny bracelet charm were from my parents. 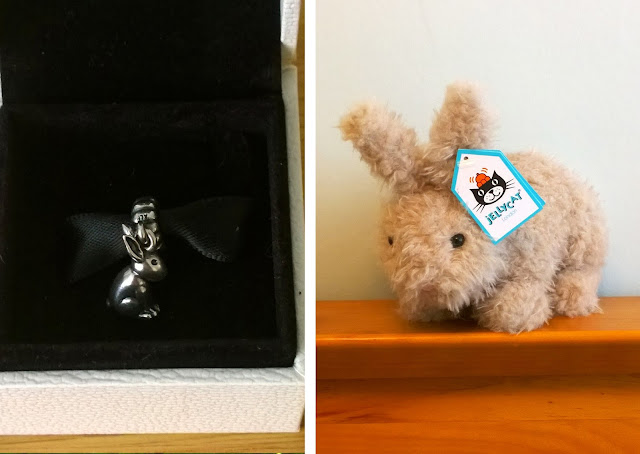 A close up of my bunny Pandora charm, and Hoppity my Jellycat bunny who I also got from my parents.

All in all I had a lovely day, and continued the birthday celebrations that weekend by going out on the town with friends.

After my birthday I used some of my birthday money to buy a couple of bunny themed items for our new home. The first being a bunny cushion to add to my collection, (much to my husband's annoyance!) I don't think that you can every have to many cushions! Especially if they have bunnies on them!

You can see the one I bought on this occasion to the left of the picture below, which is placed alongside the rest of my collection!

This particular one I found in M&S. Whilst the one in the middle was from Primark a few years ago, and the one to the right I got last year in Next.

I have found recently that different high street stores seem to go through phases of selling lots of bunny themed items, and this year it is definitely M&S! Whilst I was at it I also found a cute bunny doorstep which you can see below; 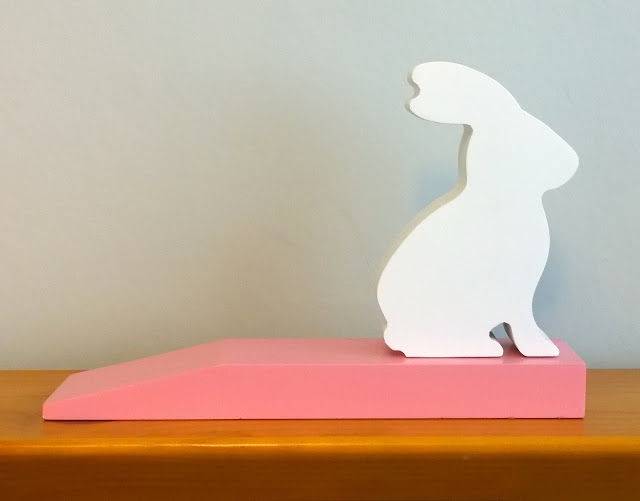 some beautiful bunny Thank You cards; 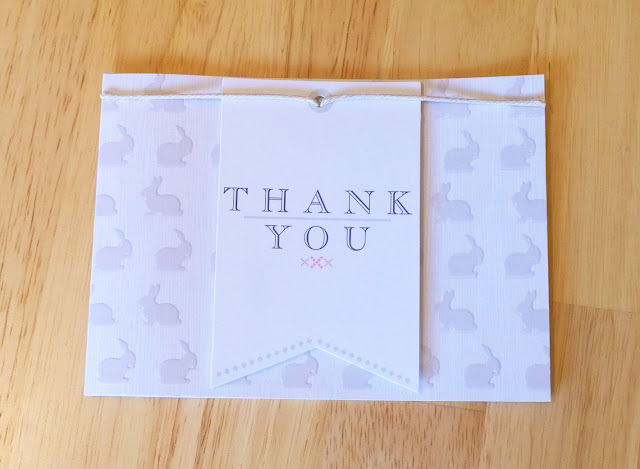 and since one of my close girlie friends had a beautiful 8lb little boy named Lincolon just before my birthday, I couldn't resist buying this gorgeous two piece Peter Rabbit dungaree set which was also from M&S. 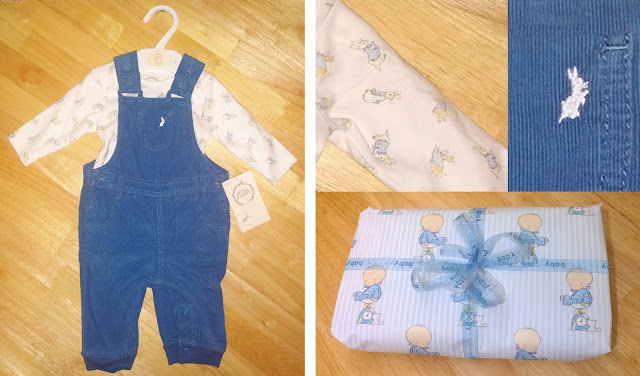 Fast-forward a month to the weekend before last and the hubby and I decided to make the most of a lovely sunny Sunday by going for a walk down to my usual bunny spotting place, and along to a farm which has land open to the public. I have blogged about this place a few times in the past, and looking back it was almost a year since we last did this walk! (You can see the post about our last walk here.)

On this occasion we saw lots of trees and shrubs in bloom, birds, and of course bunnies! All of which you can see below: 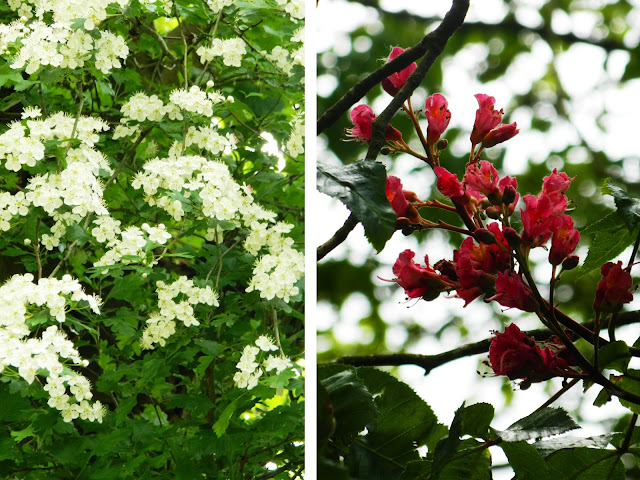 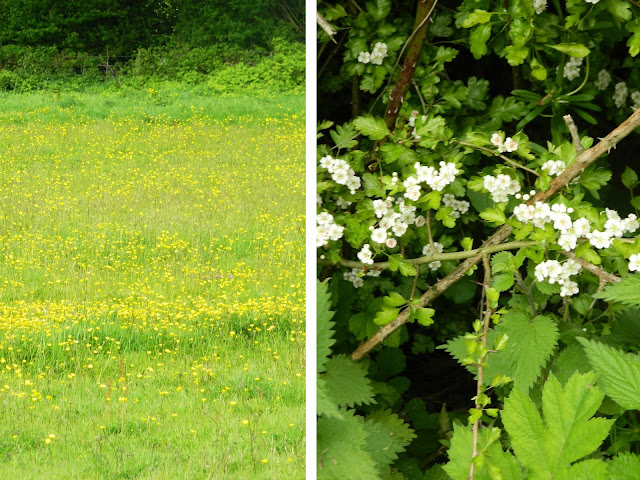 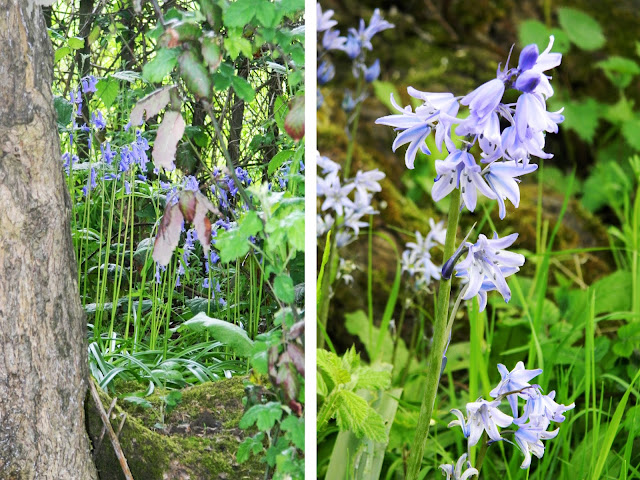 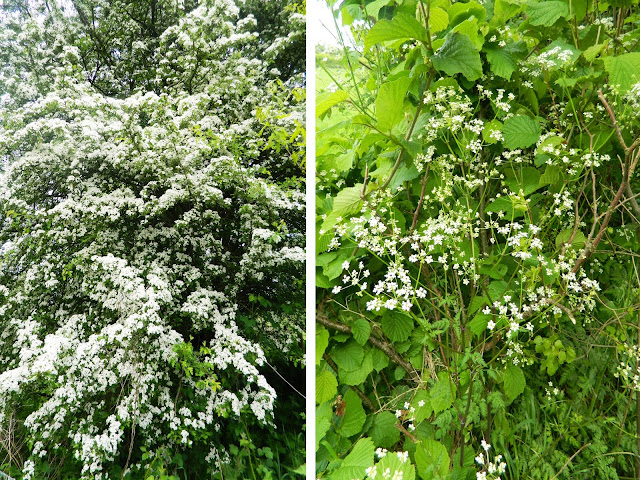 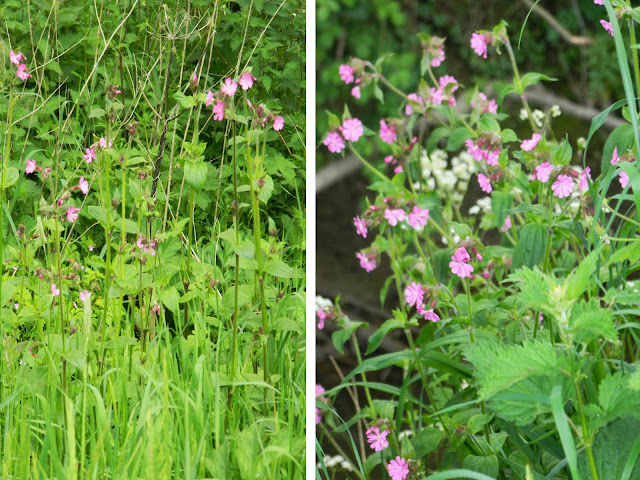 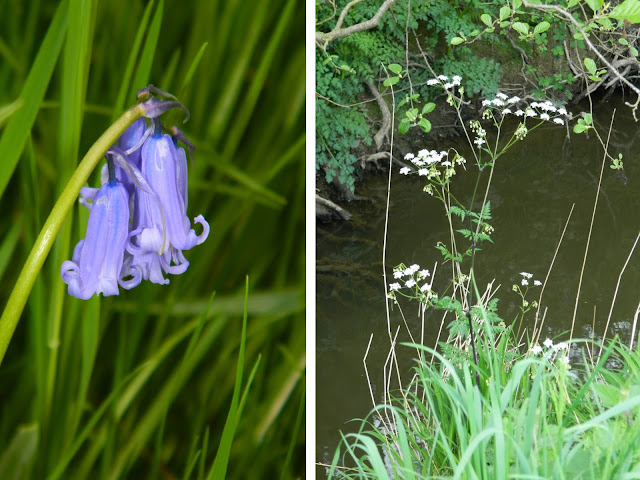 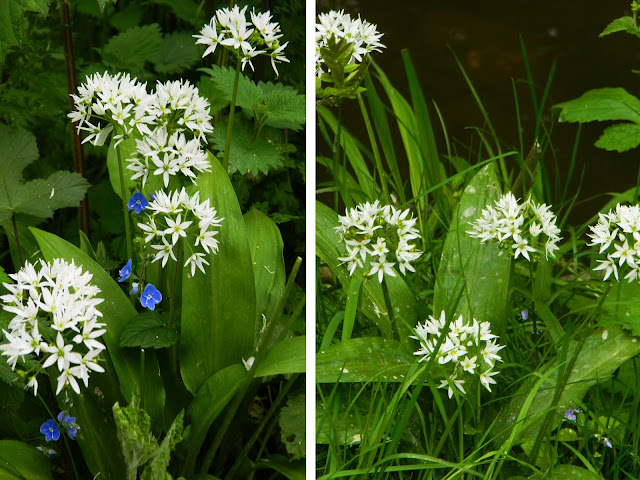 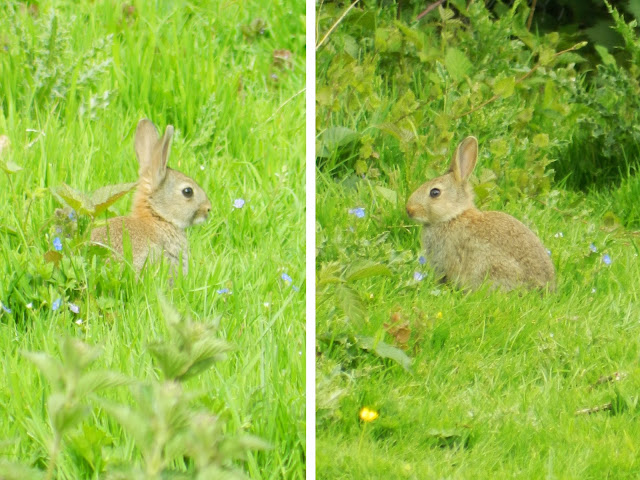 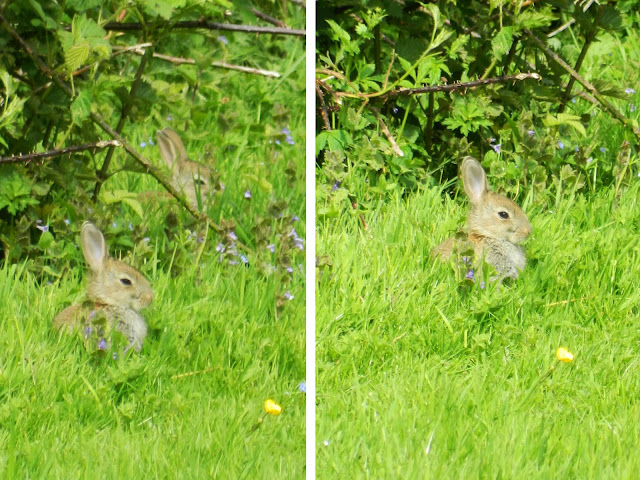 The same pony and Shire horses that we saw on last year's walk! 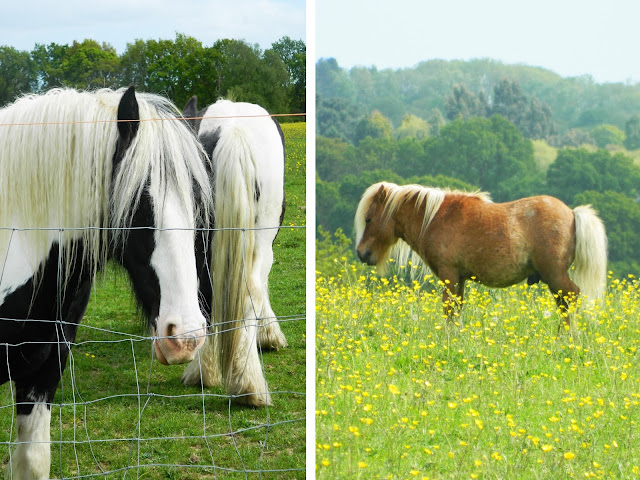 Plus the new editions of sheep and a Llama! 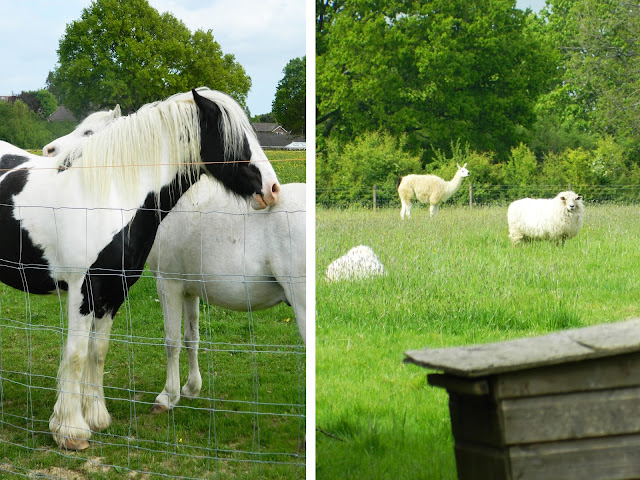 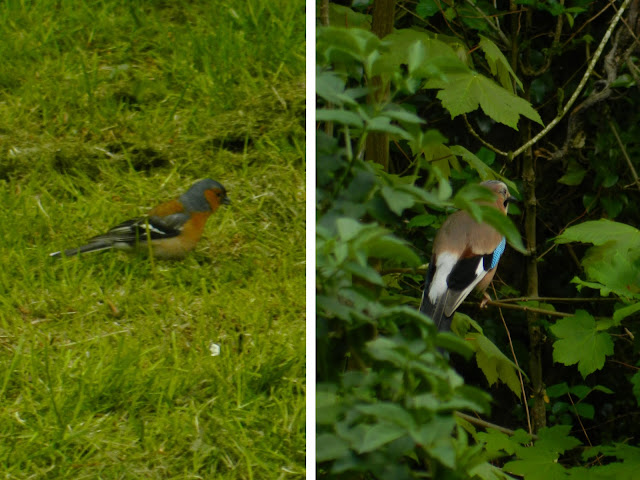 This was followed by a little Robin that was perching on a branch in the river, and a male Blackbird that was cheeping away to its female counterpart. We also saw some Great Tits going back and forth from their nest to feed their young, which was placed between a gap in a wall but unfortunately I didn't get any pics of them. 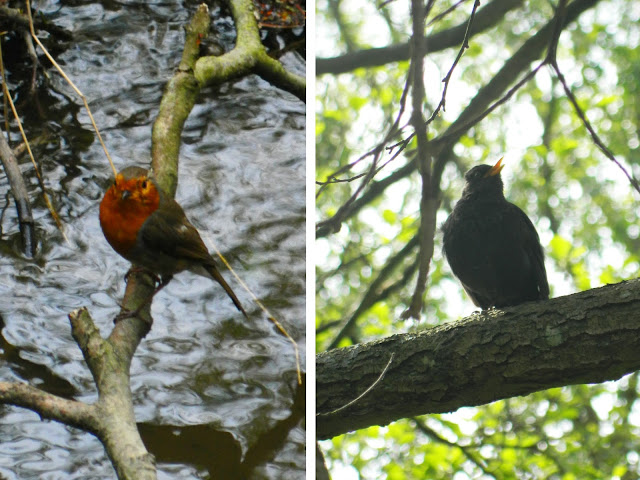 Lastly we came across some Mallard ducks! Firstly a male that we saw on his own looking a little lost up river, and then a female with a duckling! This was a lovely sight as it has been years since I last saw any ducklings, but I did feel a little sad wondering what may have happened to her other young. 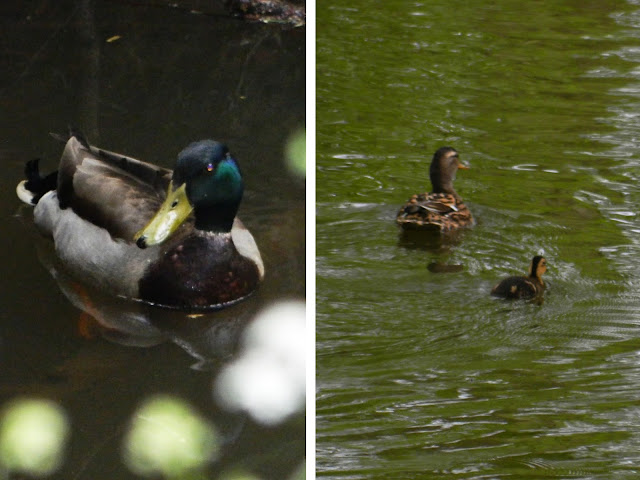 However the story of the ducks did not end here! As we stood quietly watching the female duck pootling along upstream with her duckling, something suddenly spooked her and she flew off leaving her little one all alone! We stood watching the little ducking going up and down stream cheeping away for his mother, wondering what an earth had spooked her for a good ten minutes.

It was heartbreaking to watch but we knew that it was just nature and that we shouldn't interfere, and in any case we were standing on a bridge that was inaccessible to the little duckling.

We watched him until he was no longer in sight until at which point we had to admit defeat, and came to the realisation that maybe the mother wasn't coming back. 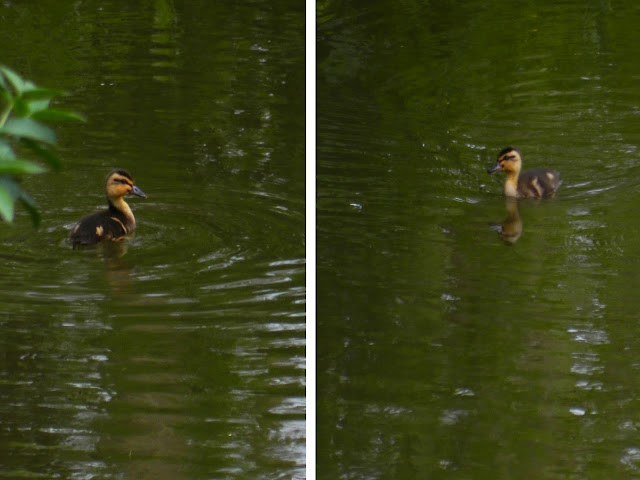 Then as we reluctantly began to walk home we saw the mother with another two ducklings, swimming back up the river in the direction of the lost little one! (It had to be the same duck as there were no others in the area.)

We stood and watched her go up-stream until she came to where she had left the little one, at which point she suddenly flew further up-stream presumably to catch up with him. She had to leave the other two alone again in the process, but they seemed to have a little more sense that the other one and quickly scuttled up stream to catch up with her. 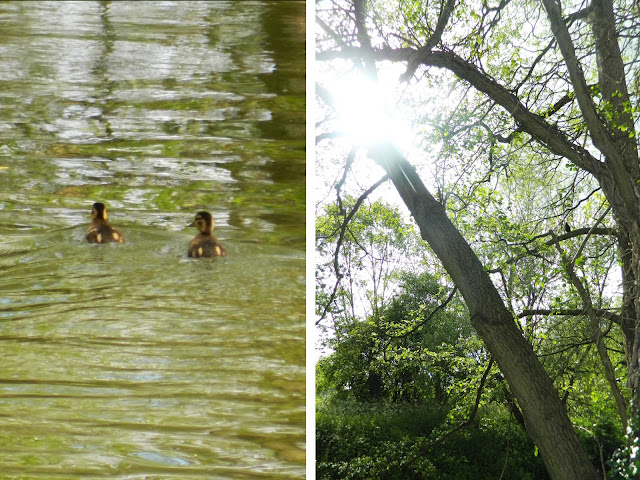 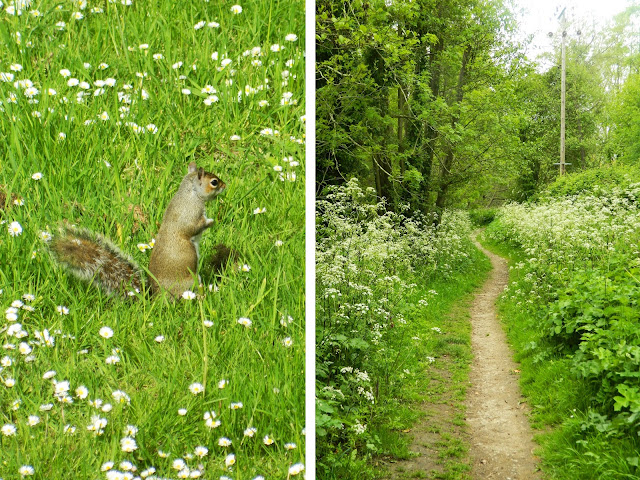 So the story ended well which we were both very pleased and relived about, as I don't think that I could have slept well that night knowing that the little ducking was lost. I can only imagine that the mummy duck must have sensed that he other ducklings needed her, or were in danger hence why she fled so suddenly leaving the other one.

As for the male Mallard that we saw further up-stream that also looked  lost. I don't know if he was the dad or whether ducks stick together once they have mated, but if so they were a very unorganised and scatty family of ducks!

Minus the duck dramas, the hubby and I thoroughly enjoyed our walk. I especially love going for walks in the spring, and seeing everything suddenly come to life after the winter. It always seems to happen just like that, as the last time I blogged there were no leaves on most of the trees at all. Now after a bit of sunny and slightly warmer weather mixed with showers, everything has come to life in an almost magical way.

Fast-forward again to the Tuesday just gone, and both I and the hubby went to see a Football match.

Now I don't and never really have much interest in football as I only have a sister and being that my dad was always more interested in F1 than football, I have never really had any need to be either! But My hubby being from Croydon is and always has been an avid Crystal Palace fan, so I have had to become accustomed to this over the years!

He took me to one family game a few years ago, but I haven't been since. However the hubby wanted to go to this particular match, as it was a testimonial match for their goal keeper to celebrate that he had been at the club for ten years. Apparently they don't happen very often hence him wanting to go. The match was a friendly against Dundee United, as the goal keeper in question Jullian Speroni had also played for them in the past and is well respected amongst their supporters. So much so that 2000 of their fans came down from Scotland just to watch the match.

I have to say that being that it was a charity match I rather enjoyed myself! There was a great atmosphere, and as you can see from the pics below Kayla the Palace Eagle made her usual appearance prior to the start of the match. The Keepers young son kicked the ball to start the match, there were also ex-Palace players that came on to play during the second half as well as there current manager Alan Pardew. The goal keeper in question played down the Dundee end during the second half, and the Crystal Palace mascot also got into the light-hearted spirit of the match by wearing a kilt in homage to the Dundee fans! The weather was lovely, and it was an all round enjoyable evening that showed how Football should be! It was also nice to spend some quality time with my hubby, and I also wore one of his Palace shirts so maybe I am yet to be converted! (Sorry that the pics are not of great quality they were taken on my phone!)

So that brings you almost up to date with everything that has been going on around here! I just want to leave you with a few pics that I have taken of the skies over the last few weeks! Our weather had been pretty mixed within this time, and although generally bight it has still not been particularly warm for the time of year. It has also been pretty breezy, and we have had a lot of sudden heavy April showers in May! This has meant that we have had some lovely rainbows, which unfortunately I haven't got any pics of but I did get a pic of one of the gorgeous sunsets that we have been having lately. 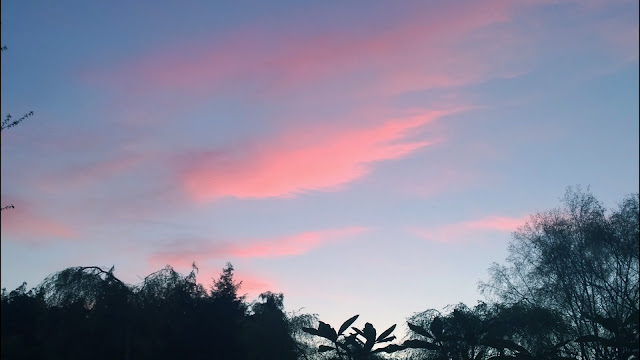 The clear skies at night have also meant the stars have been out in force, and there has been one particularly bright one too as you can see below! Which I assume is either a satellite or a planet. 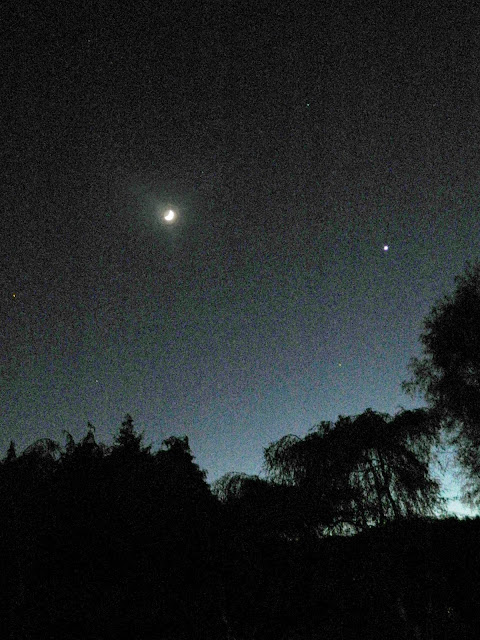 I hope that you are all having a fab weekend and thanks for bearing with this rather long post! I am hoping to be able to pop by sooner next time! x