Wedding Anniversary Celebrations & A Week Off!

Hi everyone! I hope that you all had a good weekend and that you have had a good start to your week today! Also if any of you are based within the south of England like myself I hope that you haven't been too badly affected by storm Angus that has been raging since Saturday night! Thankfully we seem to have got off pretty lightly compared to some places! We were prepared for 80-90mph winds, but what we mainly seem to have had over the last 48 hours is very heavy rain and lots of it! So much so that it woke me last night and when I looked I found not only that it was chucking it, but that there was a very wet little fox sniffing around outside.

I used to hear and see them quite often before we moved, but this is the first time that I have seen one here. At one point he was right under our window, which is probably the closest that I have ever been to a wild fox, but unfortunately it was too dark to be able to get a photo of him plus he scuttled off pretty quickly after that. I did feel rather sorry for him though being soaked right through and generally looking a little lost! Hopefully he found somewhere to dry off in the end though!

Today the weather hasn't been any better and after a brief spell of dry weather this afternoon it is now chucking it down very heavily out there! This combined with the fact that there aren't many leaves left on the trees after this weekend I would say definitely signals that winter is on its way! In fairness though we have done pretty well lately having had a pretty dry summer and a very warm and dry Autumn, so it was going to happen at some point! With the weather the way it was yesterday though I definitely felt like going into hibernation mode, so I spent the day in my pj's chilling with my hubby as you can see below. 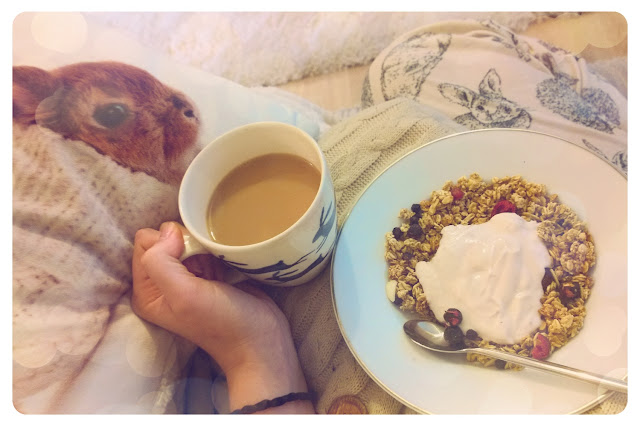 Hopefully the weather will perk up a little though as I have the week off this week and for the first time this year I get to spend it with my hubby too, which is lovely as we celebrated our 5th Wedding Anniversary on Saturday so it will be nice to spend some time together especially since I didn't know that he was going to be off this week! 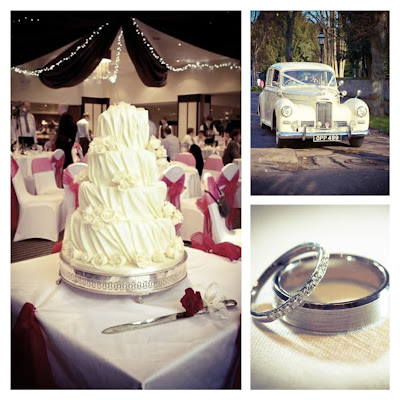 For our anniversary itself I managed to get the day off of work so we decided to go to the cinema to see the new J.K Rowling film Fantastic Beasts and Where To Find Them, which we both thoroughly enjoyed before going for a dinner date after. My hubby also bought me some lovely flowers and doughnuts (because married one apparently! His words not mine!) as you can see below. 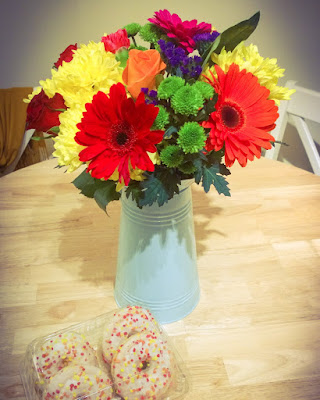 Apart from that the last few weeks have been pretty quiet really with the exception of Bonfire weekend when we attended one of my hubby's brothers Housewarming/Bonfire party, which was lovely minus the fact that I don't really trust my hubby and his brothers when it comes to letting off fireworks! Thankfully they all went off ok, but I did nearly get hit by a rather large bit of firework casing even though I was staying well out of the way!

The party was also fancy dress as my Brother and Sister-In-Laws parties tend to be, but this time it was randomly fruit themed! The hubby and i didn't really know what to go as so he just didn't dress up and I wore a jumper that I have with a strawberry on. There were some fab outfits though including a strawberry costume sported by my Sister-In-Law, a chilli costume sported by my Brother-In-Law, and a couple of their friends dressed up as blackberries and inventively had themselves covered in purple balloons attached by safety pins! There was also a guy dressed up as a banana, a woman in a 50's style dress with a cherry print, and randomly a guy who was dressed up in a hula girl outfit even though we were in the middle of a pretty cold snap at that point! Below you can see a pic of the cocktails in watermelons that were on offer that evening, accept I didn't get to drink any sadly as I was driving! 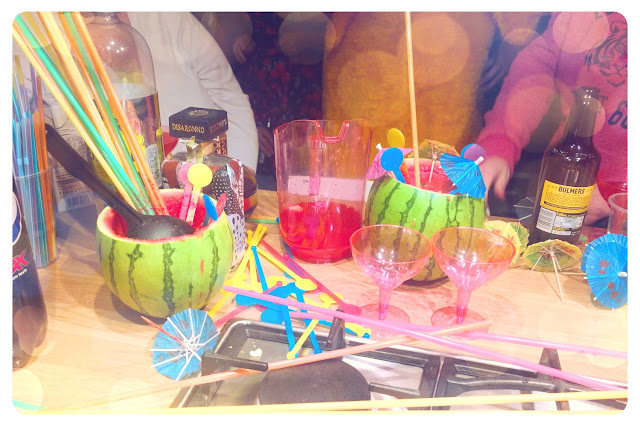 Have a good week everyone, and thanks for visiting! I am now off to cook dinner and work on a new Bobby Christmas design. x
Posted by Jenny at 19:23 No comments: