I can't quite believe that yet another month has passed by since I last blogged, and what another busy month it has been!

Most of my free time once again has been consumed with sorting out both our old and new flats. Bringing over the constant stream of belongings, and trying to make the old flat look clean before we handed it back over to the owners.

This was no easy task considering the age of the flat and the fact that it had been a good ten years or so at least since the landlords had last been in it, and even longer since it had been decorated! So it was never going to look clean no matter how much I cleaned it!

But last week after I had spent most of my week off tying up the last of the loose ends with the old flat we were finally able to hand it back over to the owners, which was a huge weight off of my shoulders!

So now I will be finally be able to focus on un-packing and sorting out the mounds of boxes and bags at our new place. The thought and sight of which is quite overwhelming, and it is a task that is going to take some time. But I can't help but feel that there are just not enough out of work hours in the day at the moment in order to get everything that I want to do done!

Noticing that I have been getting a bit stressed with this whole situation my hubby returned home from work the other day with these beautiful flowers, as a thank you for all of the cleaning and moving that I had done with the old flat. (This photo doesn't really do them justice, but they really are gorgeous and have opened beautifully!)

Despite the stress though we have both still been making time to enjoy our new home, and really do love it so much! 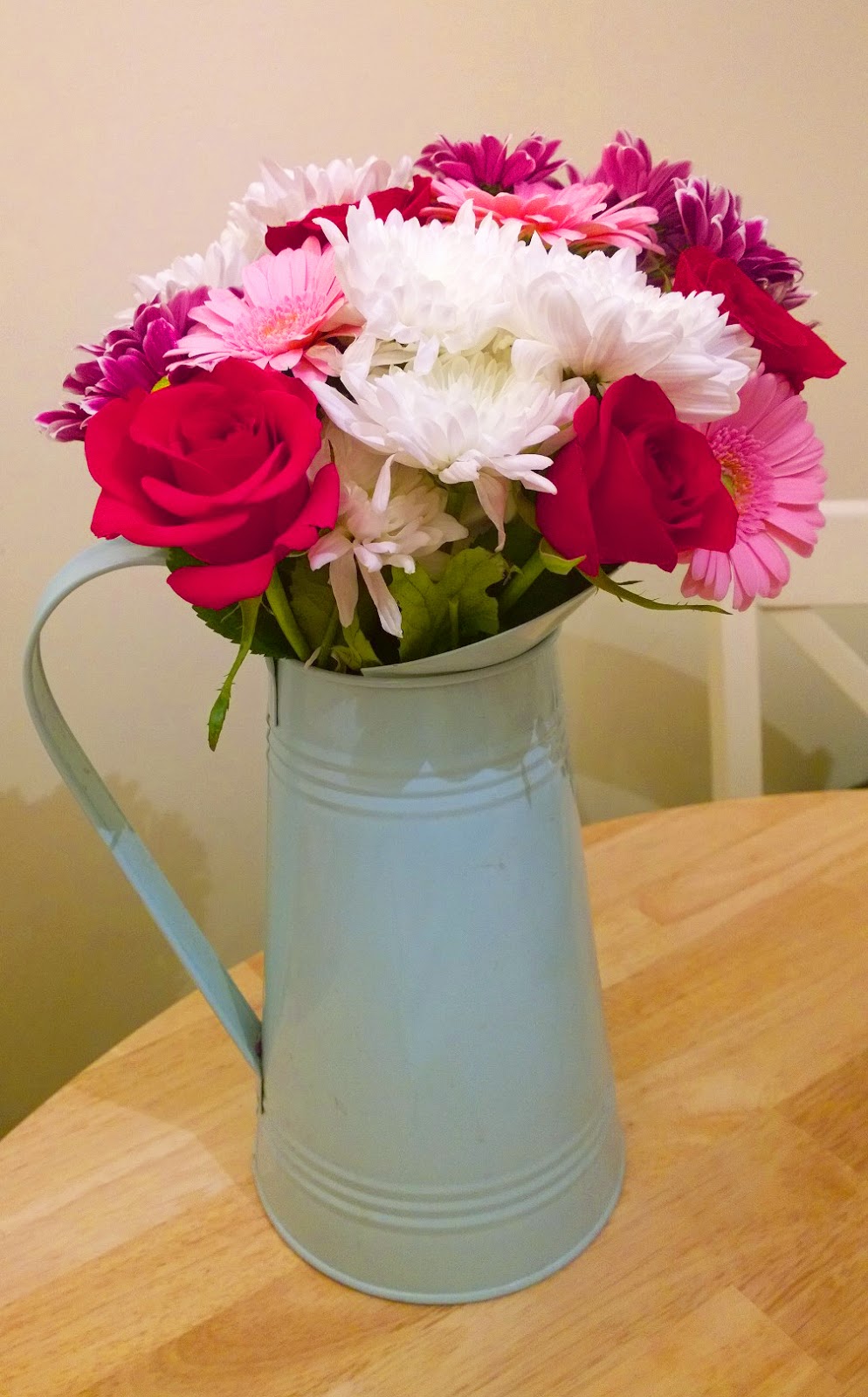 Apart from all of the goings on with the flat there has also been a few other things going on, one of which being the wedding of an old work colleague that we attended a few weeks back.

On the morning of her wedding day we woke up to a small sprinkling of snow! Unfortunately it didn't come to much and didn't last very long at all, but it is the most snow that we have had so far this year. Apart from this it has been cold enough for more, but the weather just keeps teasing us! It did however snow during the ceremony which was very magical, especially since the room that they got married in was surrounded by full length windows.

We all had a wonderful time, and came away with many happy memories! Below you can see a selection of photos from the day: 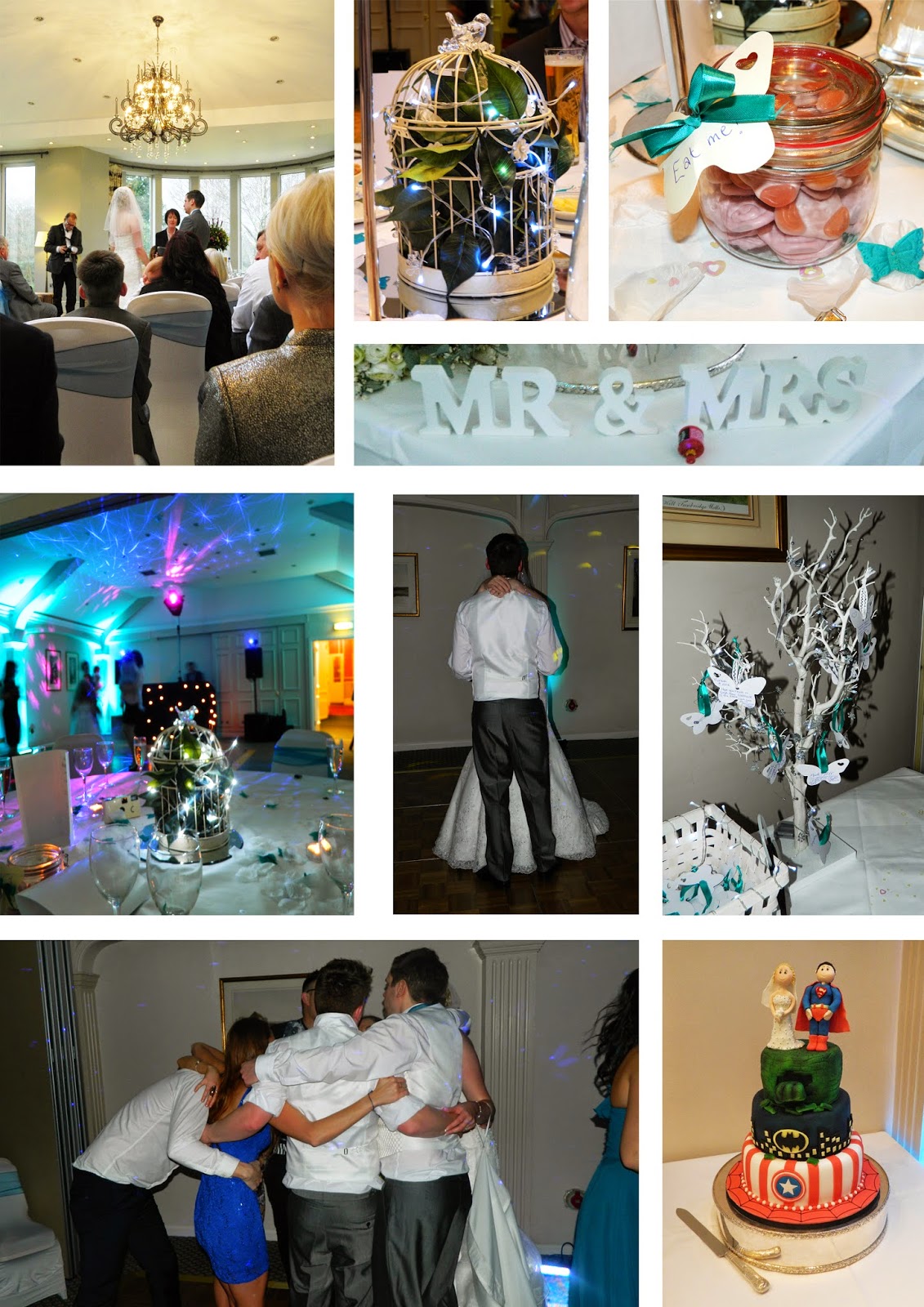 Keeping with the romantic theme! Whilst I was on my lunch break at work on Valentine's Day, I walked past one of our local pubs in town and saw a number of shire horses with carts that were offering romantic rides around the town for couples. This wasn't exactly a sight that I was expecting to see on my lunch break, but I thought that it was such a sweet idea that I just had to take a photo!

Valentine's Day evening then consisted of me cooking our usual meal for two courtesy of M&S, and chilling in front of the TV with a romantic film. 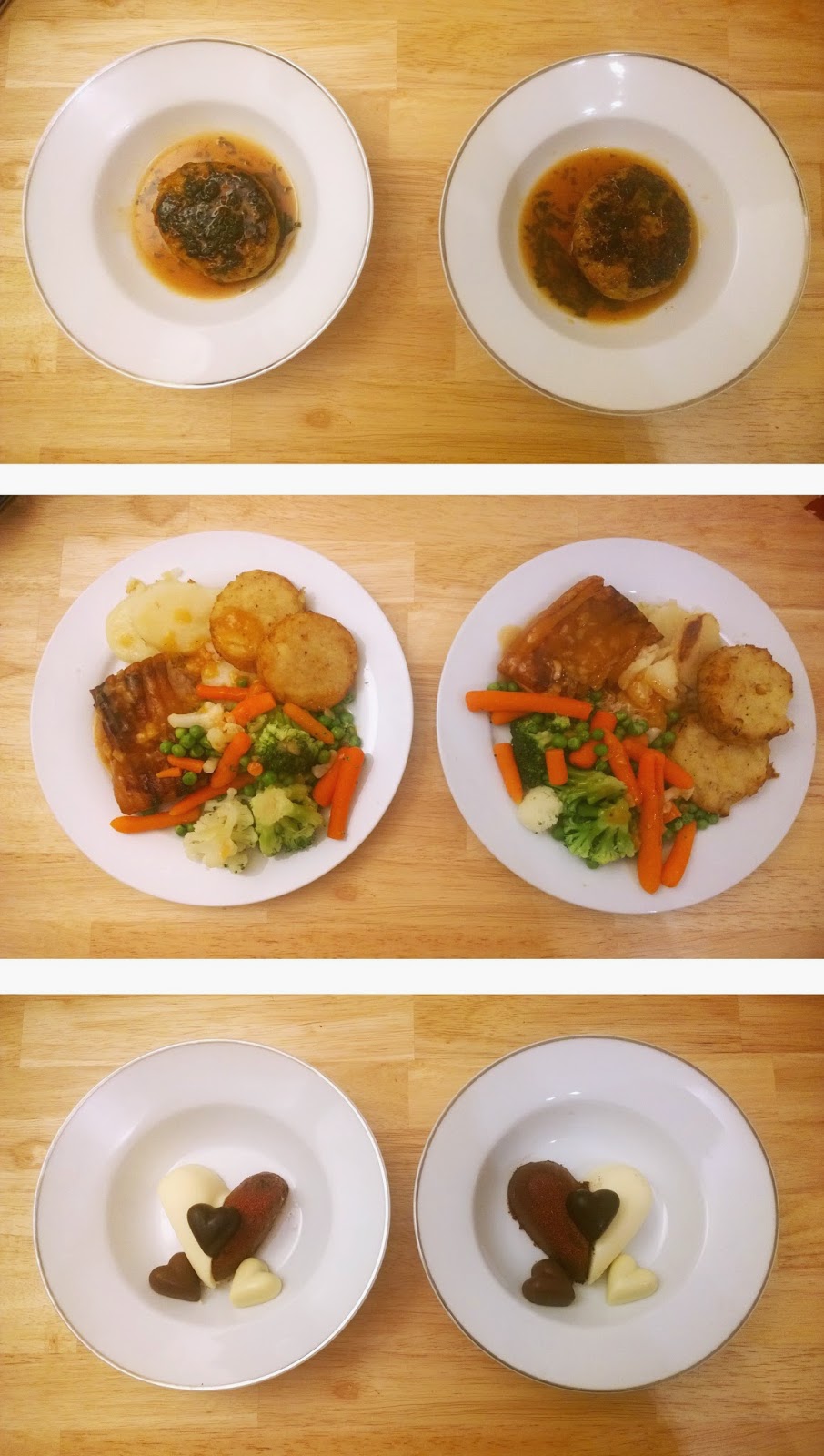 I hope that you all had a lovely Valentine's Day to what ever you got up too!
Before I go I would just like to mention that today is a year since Lucy sadly passed away after years of battling with a brain tumour. You may remember that I posted her story on here last year.
It's crazy to think that a year has passed so quickly, and how tragic it is that she was taken so young. Leaving a husband without a wife, a daughter without a mother, and a step-son without a step-mum. She is going to miss out on so much which is the saddest thing, but she lived the life that she did have to the full and if we can learn anything from Lucy that would be it. It puts things into perspective and makes you feel just how lucky you are and how trivial a lot of our problems in life are in comparison.
I hope that you all have a lovely week, and thank you as always for popping by. x
Posted by Jenny at 23:39 1 comment: