I can't quite believe that it has been over a month since I last blogged, or that we are now coming towards the end of March! I have said it before but it really is crazy how time flies, so I have a bit of catching up to do with you all!

Firstly the end of Feb saw the start of me having a week and a half off of work, which was both relaxing and jam packed in parts. It started with me getting stuck into a number of overdue jobs that needed doing around the flat, the first being that of repairing the faulty valve in our toilet.

However after spending some time trying to locate the stock cock by checking under the sink, pulling out the washing machine, taking off the side of the bath and looking in every cupboard and space that we could think it might be, we typically ended up finding that it was in the cupboard where we originally thought it was, just it didn't look like a stop cock!

The next problem that we had was that the stop cock was seized, so I ended up taking a impromptu trip to Homebase to get some WD-40 to try and solve the problem. Unfortunately and annoyingly it didn't, however whilst over at Homebase I ended browsing about like you do and found a absolute bargain on some bathroom flooring which was reduced from £39.99 per pack down to £7:00 all because the packaging was damaged so it was definitely too good to miss, especially since our bathroom flooring along with the rest of the bathroom was another thing on our to-do list to rip out and re-do!

So this then led me to me going straight home and laying a new floor having never done anything of the sort before. After seven and a half hours, a lot of cutting and slotting together, and a very knackered me, we finally had our new flooring which actually turned out pretty well, but to be fair it couldn't have looked much worse that it did originally! It wasn't exactly what I was expecting to do that day, but hey it was another thing ticked off the list! I won't be doing it again anytime soon though as I found a million muscles that I never knew I had and ached for day after, so it was probably a good thing that I was off for the rest of that week! Below you can see pic of it before, during, and after! 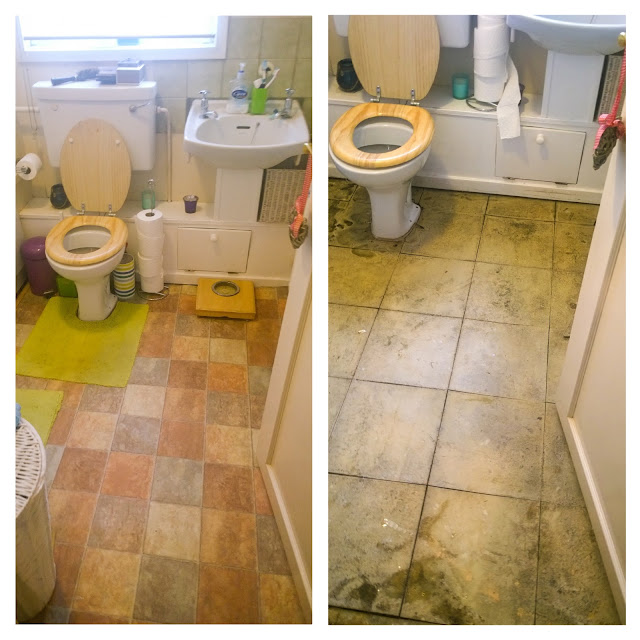 The pic on the above left shows the flooring before. This picture doesn't really do justice as to how awful it really was, but there was badly laid lino that didn't fit the edges of the room, didn't stick properly, and was generally horrible and dirty. The pic on the above right shows the ancient lino tiles that I found after pulling up the top layer of lino, plus another layer that it had been stuck onto. 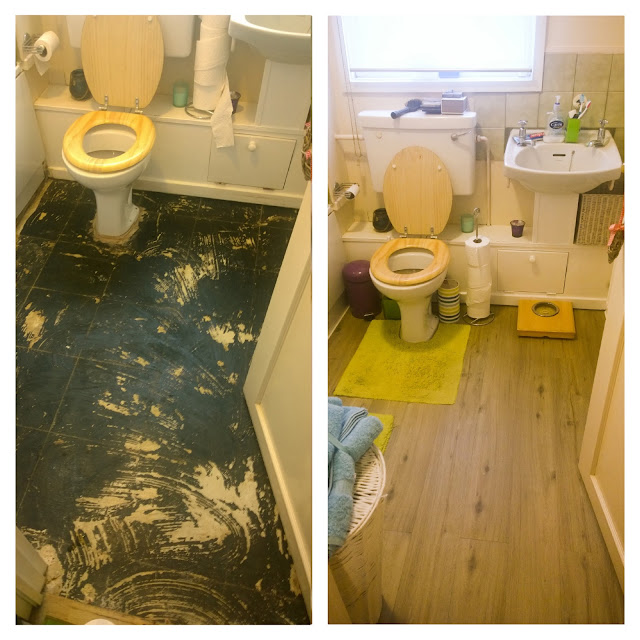 Above left shows the flooring after the lino tiles had been pulled up, and the above right shows the final finished floor! I just have the rest of the bathroom to do now but it's a start! (Oh and the leaky toilet valve was sorted by my hubby's dad once he had un-seized the stop cock for us!)

So once I had finished and recovered from fitting the flooring I spend most of the rest of my week off getting stuck into sorting out more of my years of hoarding from the boxes in our spare room, which I am happy to say is looking more and more like a room now!

I did however manage to take some down time though, especially since the weather happened to be lovely and crisp but bright throughout most of the week. So on one of the days when I had to drop my hubby off on work duties and was at a bit of a loose end as I had to wait around for him to finish, I seized the opportunity to go down the road and visit a lovely little millpond that I had remembered visiting years ago when we were in the area with his and my parents planning our wedding. It was a good decision to make as it really was the most glorious day to be down there. There is also a lovely pub/restaurant that has a lovely patio area that faces the millpond, so I took the opportunity to sit outside with some sweet potato fries and take in the scenery. It was soo gorgeous there and being a cold weekday it was also lovely and quiet, so it definitely swept away a few cobwebs! Below you can see some of the pics that I took. 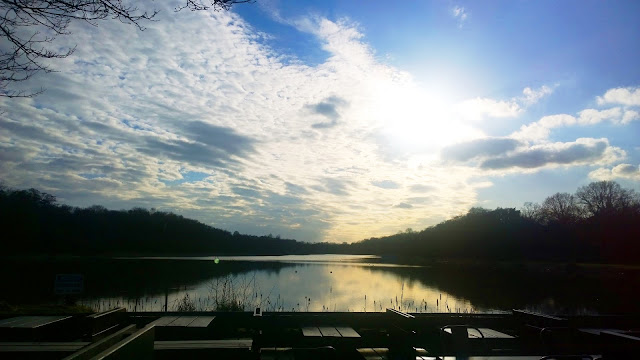 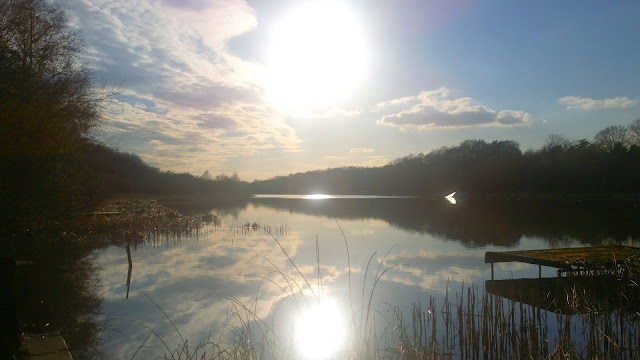 The stunning views over the millpond from the pub/restaurant patio 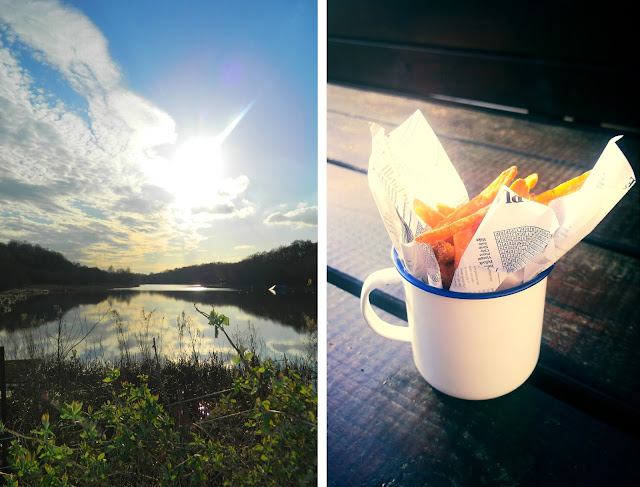 Another late afternoon view and my yummy sweet potato fries! 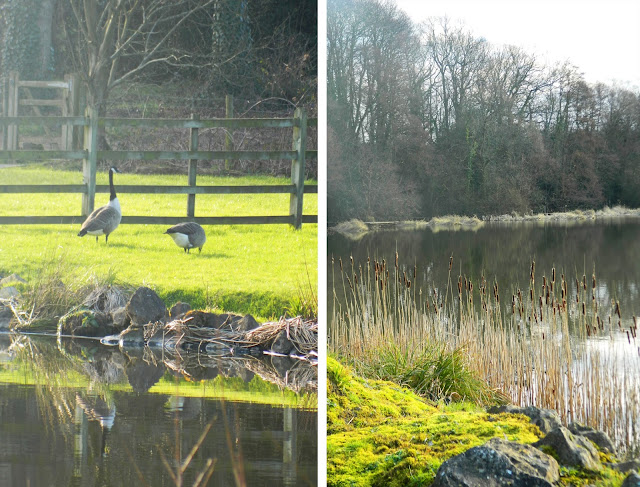 The Canada Geese and rushes around the edges of the millpond 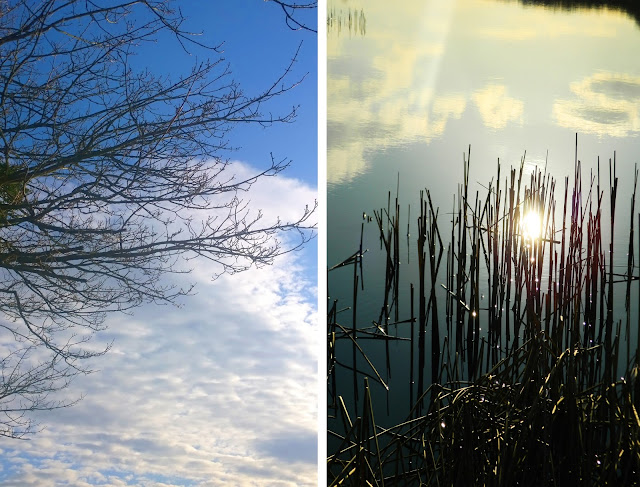 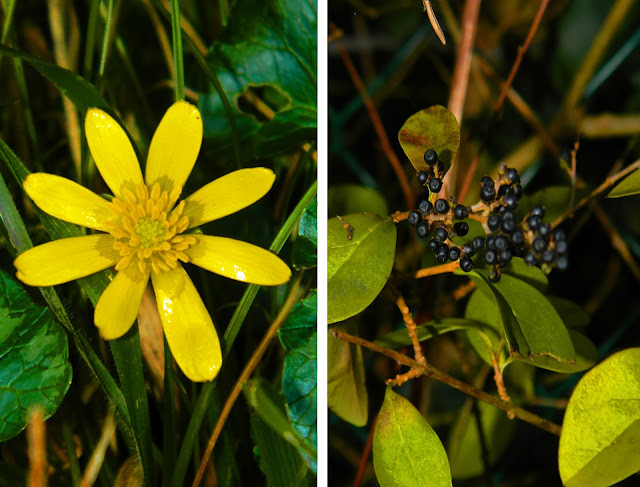 A lone little flower among the hedgerows and some winter berries 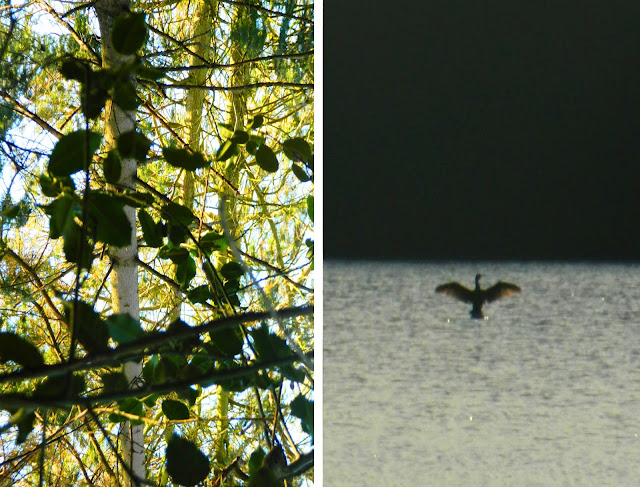 The late afternoon sun peeping through the trees and a Cormorant spreading its wings in the distance on the millpond. 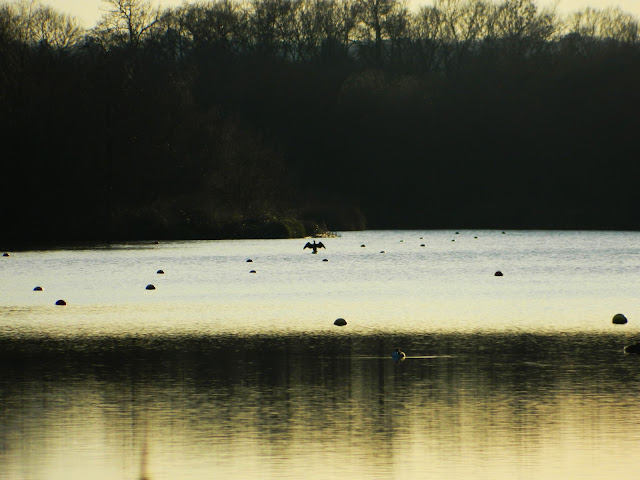 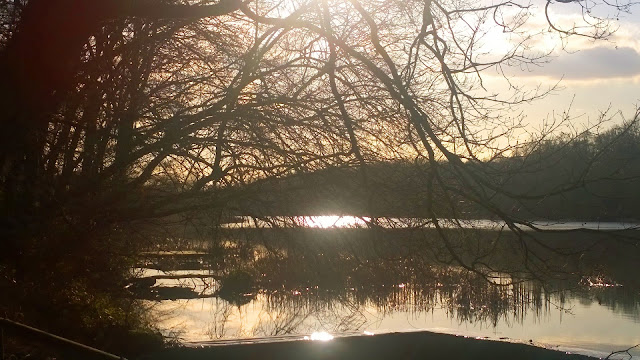 The evening sun approaching over the millpond


So all in all I had a pretty productive and relaxing week off that was finished with a trip to visit my Nan in Chichester with my mum and sister, where we had a girly day of retail therapy complete with a fry-up to keep us going!

The weekend after my week off fell on the Mother's Day weekend, so on Mothering Sunday my hubby went up to Croydon to visit his mum whilst I went home to visit mine. Both my sister and I treated my mum to a DVD, book, flowers, sweets and cooked her a chicken roast, which turned out pretty well considering that I have never cooked a proper roast and my sister hadn't for years. It was enjoyed by all and was a lovely rare family day. Below you can see our efforts! 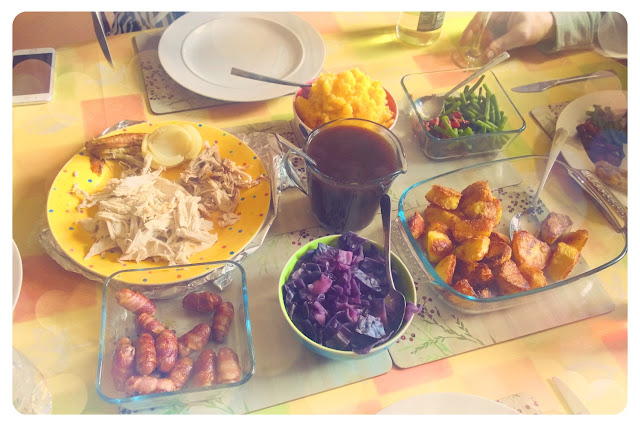 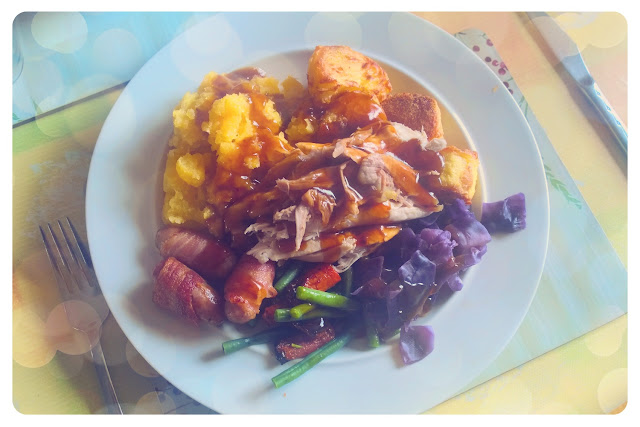 So that pretty much brings you up to date with all of the goings on around here really as the past few weeks have just been filled with work and me sorting out, and reminiscing, over the many wallets worth of photos from over the years that needed sorting and putting in albums!

Most excitingly though my hubby and I became Auntie and Uncle to a beautiful little Niece last Thursday night! It was his middle brothers first baby and our first Niece which makes it all even more special! She was a week and a half early and weighed 6lb 9oz, but it was a smooth and relatively quick delivery so she came home on Sat morning and all is going well. The hubby went up to meet her on Sunday but unfortunately I couldn't make it, as I was at a meet up with my girly friends to discuss my best friends wedding arrangements. She looks gorgeous though and I can't wait to meet her! She looks so tiny and precious, and she has lots of dark hair!

I hope that I find you all well and all geared up for the Easter Bank Holiday weekend ahead. Hopefully the weather will hold out for it as we have our annual Italian Festival taking place it town this weekend, and spring has definitely felt like it has been on its was over the last week or so, and especially today! It just needs to get a little warmer now and we will be there! But it is already getting me in the mood for summer festivals! x
Posted by Jenny at 16:59 2 comments: