Autumn, Moons, A Road Trip, and A Wedding!

The 28th September marked the night that the event of the "blood moon" took place in the skies over the UK, Europe, North and South America, West Asia and parts of Africa. It also so happened to mark the first day of my week off, so being that the weather forecast for such an event was good for a change I decided to get up in the early hours to see it take place. I have to say that it was a pretty spectacular event if not a little eerie, and below you can see a montage of the pics that I took at various points of the eclipse.

It was odd watching an event like that and quite humbling as it just makes you realize how small our planet is in relation to space, how little we have discovered about it, and how powerless we are when it comes to space, nature, and the elements, and how lucky we are to have it.

Since then I have been taking notice of the moon quite a lot. I took the picture below when the moon was out during the day on a lovely Autumnal morning. 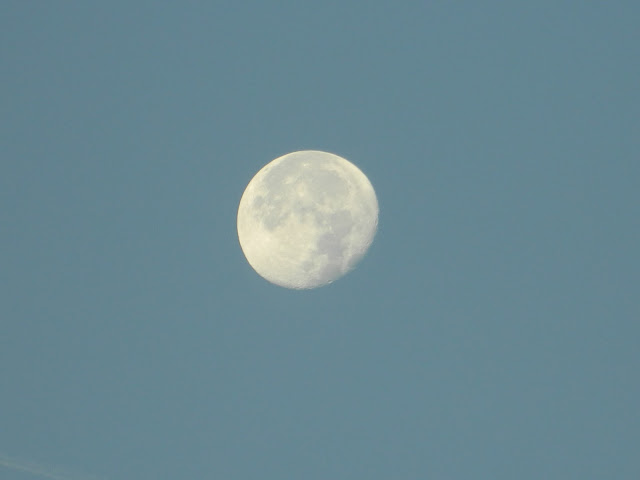 Apart from taking notice of the moon half of the rest of my week consisted of decorating our hallway, which after stripping walls, sanding them, and having a bit of a meltdown in the middle of it due to the paint not wanting to stick to the walls, ended up taking much longer than I intended! So three days later, three coats of paint later, and with a bit of help from my mum that came to rescue me it is now finished and looks a lot better minus padded wallpaper! I would put up a pic, but since we have painted it a vanilla colour very similar to what it was before the difference doesn't show up very well without seeing it in the flesh.

Also within my week off fell my hubby's birthday which we celebrated by going out for lunch with his mum and step-dad, which was lovely as we don't get to see them all that often.

The weather was also glorious all week and has mainly been so for the few weeks since. We have had a bit of an Indian summer with very little rain, but you can tell that autumn is definitely here with the colder days, changing of the leaves, nights drawing in, and acorns and conkers falling all over.

The good weather has meant that we have been having some lovely sunsets and gorgeous skies recently, below you can see a beautiful rainbow that I caught sight of as I was walking back from work the other day. It caught me by surprise a little as the sun was beginning to set and the sky was all sorts of different colours, but it wasn't actually raining. 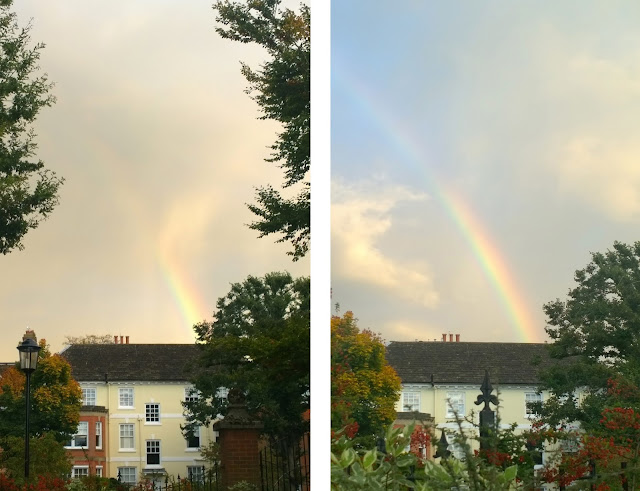 I have also caught some pics of the stunning sunsets and pretty skies, once again on walks home from work over the past week or so as you can see below. 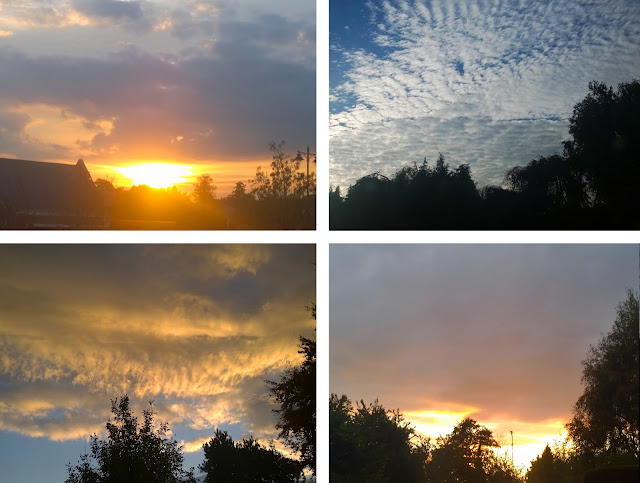 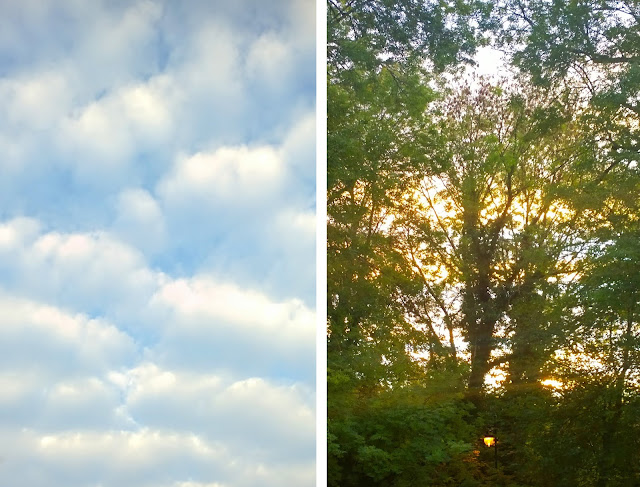 As well as capturing the colours autumn within the fallen leaves, 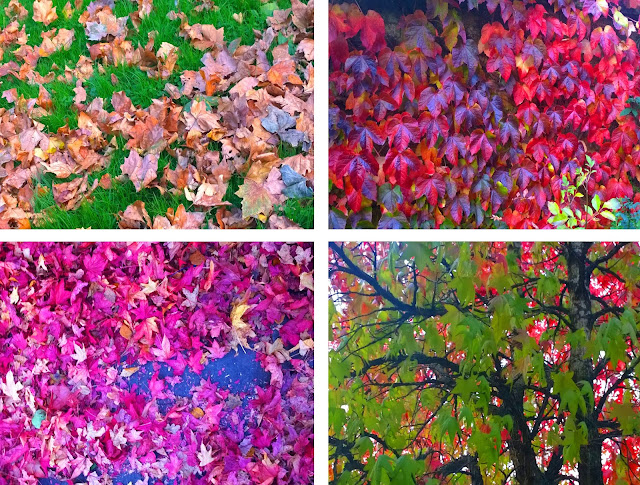 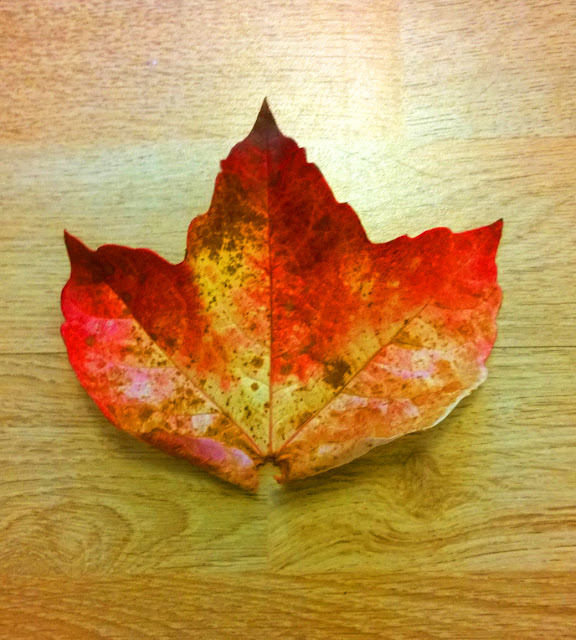 and those still on the trees 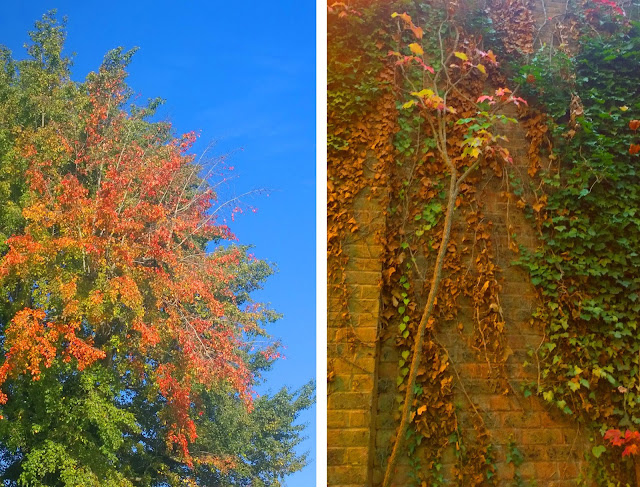 The last of the autumn berries, and other winter ones coming through

The squirrels have also been everywhere lately and have been very actively searching for nuts and burying them. A sure sign that Autumn is here and that winter is on its way! I caught this little guy below outside out front window doing just that. 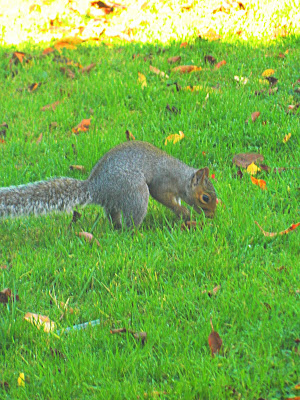 We also seem to have recently acquired a resident owl that seems to be living in the trees surrounding our property and along the nearby river. We were quite surprised when we first heard it cheeping, thinking that it was unusual sounding bird and wondered what it was. Then it let out it's distinctive twit-woo sound which is when we realized that it was definitely an owl! Like I say we were quite surprised as we had never heard a wild owl before, plus we pretty much live in the middle of town. Unfortunately try as I might I have never been able to catch a glimpse of it, but I am pretty sure that it is a Barn Owl.

Finally I want to mention the lovely wedding reception that my hubby and family attended last weekend. It was the last of six weddings for this year, and involved us taking a road trip up to Norfolk for the weekend.

The wedding was that of the daughter of a couple of my mum and dads college friends, one of whom is also my sisters godmother. It was lovely to go up there and see them all as I haven't been up to Norfolk since I was about six, and we hadn't seen them since our wedding nearly four years ago. It had been even longer since we had seen their son, as he couldn't attend our wedding due to work commitments. The last time I saw him he was about nine, and now he is a 21 year old grown man! It is just crazy how time flies! We used to see them about once a year when we were younger when we would go holidaying there, but being grown up now and over a three hour drive away we don't get to see each other as often as we would like. So there was lots of remenising and catching up to do! We also finally got to meet the Bride and Grooms beautiful daughter Evie-Rose, who after being born six weeks premature fifteen months ago has now thrived into a very happy, cheeky, and gorgeous little girl.

That night we stayed at the venue, which was held at a local golf club and traveled back on Sunday. We all had a fab time which went far to quickly as these things do! We were all knackered when we got back, but it was worth it. Below you can see a montage of images from the day. 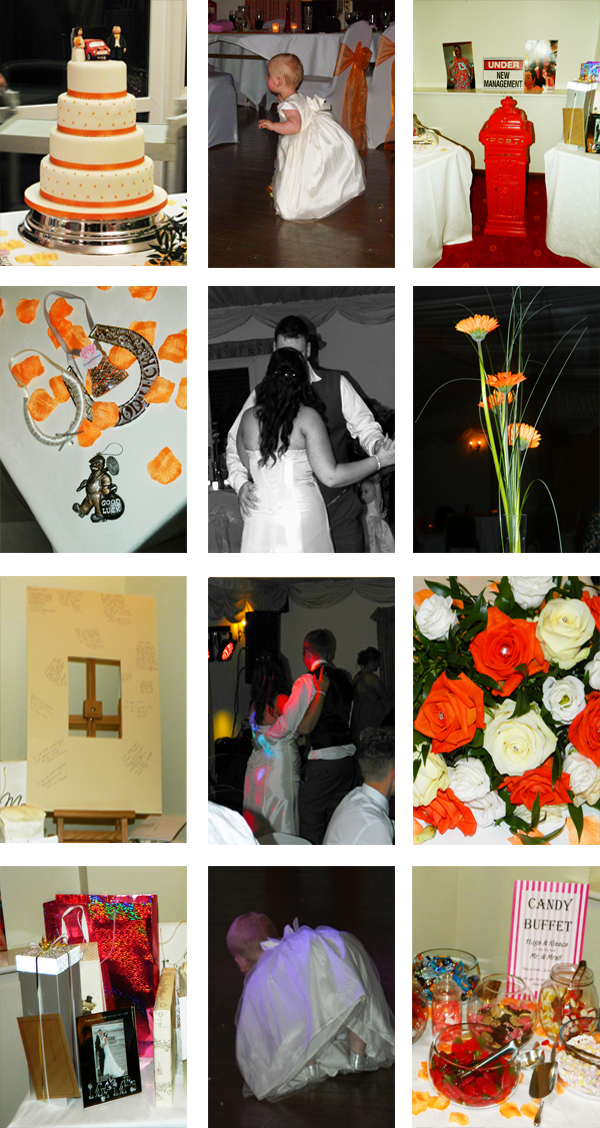 The wedding also gave me an excuse to try out a hairstyle that I have been wanting to give a go for a while now, which is a hair bow!

I had a kit to help me make it, but even then it was very fiddly to do! Below you can see my attempt! I don't think that it turned out too bad in the end, especially since I couldn't actually see what I was doing. It's not perfect, but I am hoping that I will get better at it with practice!

I hope that you have all had a good month, and that you all have a fab weekend! Thanks for visiting as always x
Posted by Jenny at 09:27 1 comment: