Hello everyone! So much has happened in the last month that I barely know where to start! So much in fact that I think that I am going to have to put it across two blog posts, otherwise you may get bored to death with how long one would be! Especially since my last blog post was at the end of March, so I have a fair bit of catching up to do with you all!

Back to the end of March came an early Easter and the Bank Holiday weekend, for which I managed to get two of the four days off of work. The first of which was Good Friday and what a glorious day that was!

Every year over the Easter weekend we have an annual Italian Festival within our town which consists of an Italian Market, a Mini rally, a Ferrari parade and display of Superbikes. It's always quite a spectacle and seems to draw more and more people in from the local area as each year passes. Unfortunately I don't usually get to see much of it as I am generally working, and I never get to see the Ferrari parade unless I get the chance to stick my head out of the back door at work to have a quick look, as it generally falls on a Saturday! This year however it fell on the Friday that I had off, so my hubby and I made our way into town on what turned out to be the hottest day of the year so far at that point. We had a few ciders, got to watch all of the parade, and had a good look around the market. It really was the most perfect of days and you can see just some of the amazing cars and bikes that we saw below. 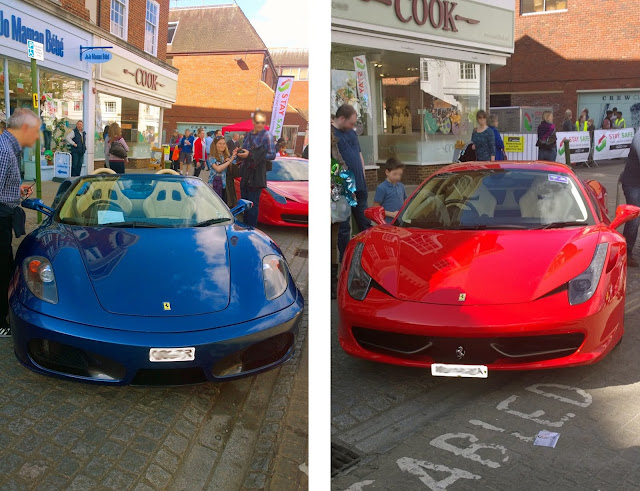 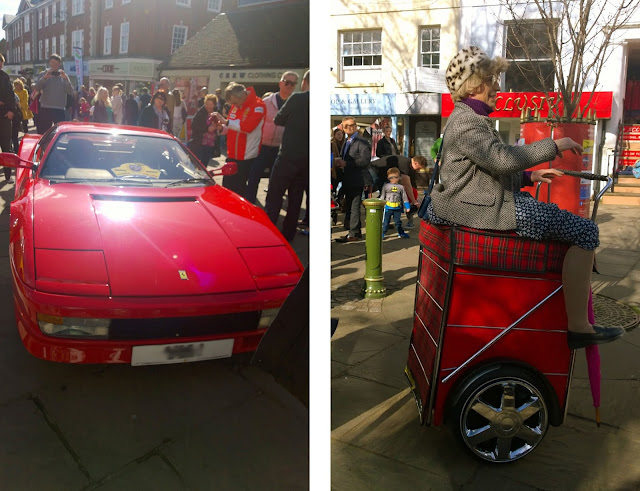 One of the older Ferraris and one of the street performers 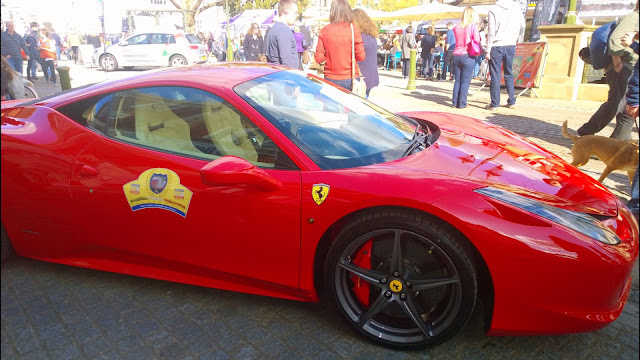 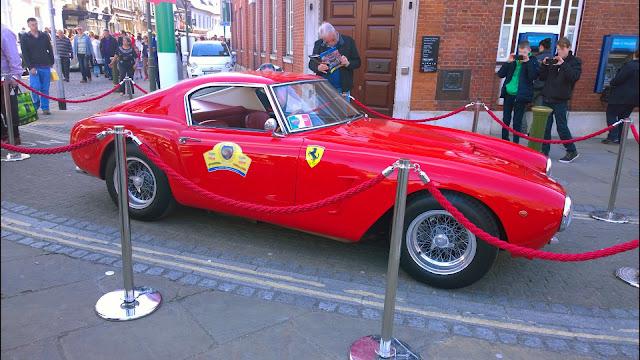 The Ferrari above was the only one that was sectioned off and for good reason as it's worth 7 million pounds! 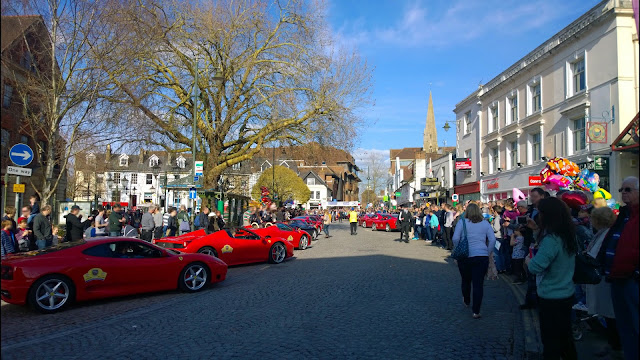 Good Friday was then followed by my next day off which was Easter Sunday! This was a lovely family day that was spent with my parents consisting of my mum cooking us a yummy roast before we then spent the afternoon playing Jenga, Ping-Pong, and a game of the Cornish edition of Monopoly! Which after over three hours of playing we all lost the will to live and never finished! Once again it was a lovely rare family day despite the fact that the weather was pretty awful. 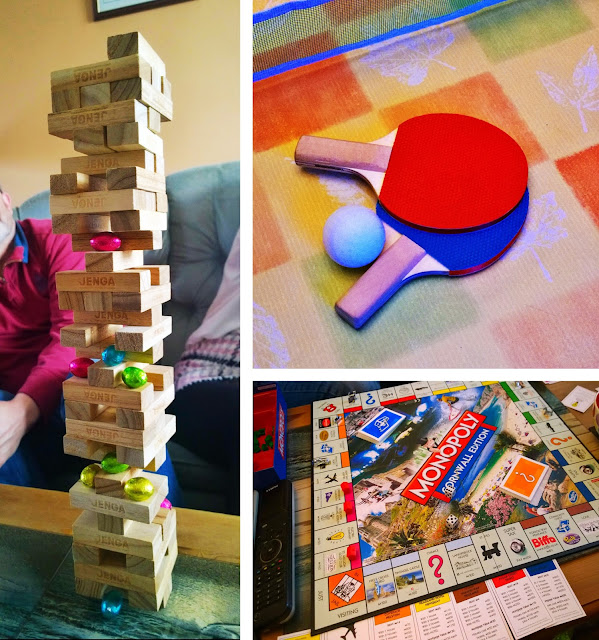 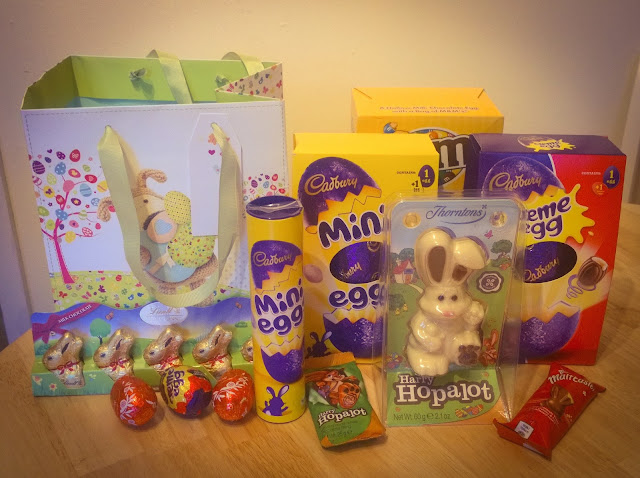 I also got plenty of Easter treats too!

I was then working on Bank holiday Monday but this didn't exactly go to plan, as both I and my fellow colleagues ended up spending half of the day in Costa. This was due to the fact that we had quite a storm and very high winds on the night of Easter Sunday that caused the scaffolding of the shop next to us to become unstable, which meant that we couldn't open for a fare amount of the day as half of the high street was shut off. It was a bit unfortunate as the Italian Festival that had had so much planning go into it was still taking place on the day so it did put a bit of a dampener on it, but hey we got to have the morning off so it wasn't all bad!

On the way home from work that evening I also came across a rather large tree that had fallen in the storm just around the corner from us. You can see below just how big it was and how lucky it was that it fell away from the flats just by it! We haven't had a storm or winds like that for a long time and hopefully won't have any again anytime soon!

In the week that followed I started to move onto faze two of our bathroom makeover, which consisted of me conducting an experiment as to how to cover the delightful flowery tiles that we had dotted about in the bathroom.

At this point we had already decided to tile over the delightful avocado tiles below them, but I didn't really want to have to re-tile the whole bathroom as the nude tiles that surrounded the flowery ones were quite unoffensive and in pretty good nick. However I also wasn't keen on the idea of tile paint as I didn't want it to end up looking tacky or streaky, so I set about looking for an alternative and that alternative turned out to be spray paint! I did some research and thought about the look that we wanted to go for and found a product that sprays with a stone effect. It had mixed reviews and I had no idea if it would actually work for the purpose that I wanted to use it for, but I figured that I couldn't make the bathroom look much worse! I set about doing a few test tiles first and was pleasantly surprised with the result as you can see below! 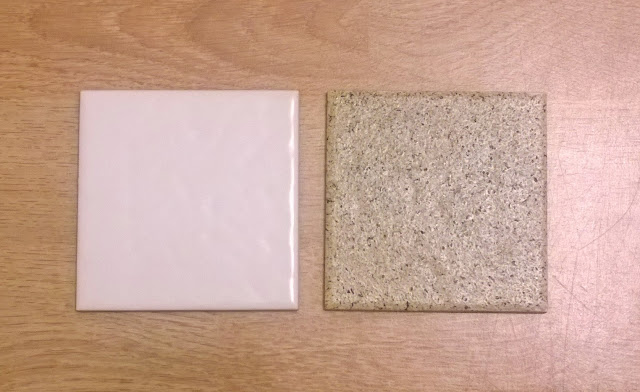 So the process that I used was to spray the tile with one coat of the spray, leave it to dry for about 6 hours and then paint it with three coats of clear outdoor waterproof varnish with about two hours or so drying time between each coat and voila!

So after the success of the test tile I set about masking off the tiles that I wanted to spray and got to work! I have to say that it was very time consuming process and took quite a few of my days off and evenings to complete, but I got there in the end and after sorting out the grouting to I am pretty pleased with the result as you can see below! Only time will tell how well it will wear but it seems to be pretty good so far! 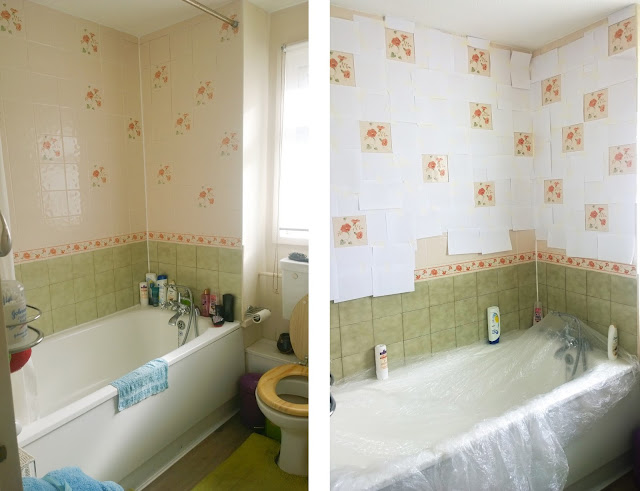 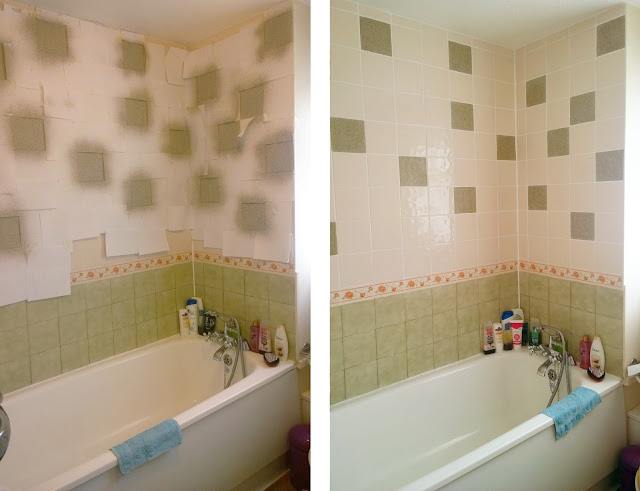 At this point all that remained of project bathroom was to attempt the tiling, plus to paint and gloss the place. This however turned out to be a much bigger nightmare that I ever thought that it would be, which I will cover this in my next post! But for now I will leave you with a new framed Bobby Bunny commission for a 1st Birthday that I got a few weeks back! 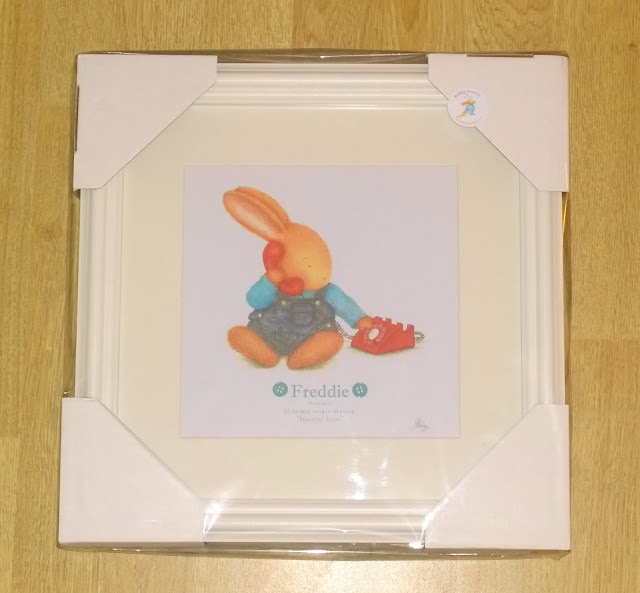 I hope that I catch you all well and that you have a fab weekend! Also thank you for bearing with me and my rather long posts, as always it really does mean the world to me to have your support. x
Posted by Jenny at 01:19