I am not quite sure where the weeks have gone over the past month or so since I last blogged but they definitely seem to have flown by! Things have been busy around here as usual not only with work, but our washing machine also broke a few weeks ago so I have been spending most of my days off going around my parents to get our washing done and dried. Hence why not a lot else has been getting done including blogging!

I thought that ordering and fitting a new washing machine would be quite simple, but it has turned out to be a bit of a nightmare!

Firstly it turned up and I ended up having to spend a few evenings bashing holes in cupboards, which I wasn't expecting as the pipes for the new one needed to be higher than the old one.

Then I was rather proud that I had successfully managed to plumb in our washing machine myself and get all working, only to find that it didn't work properly because we don't have enough pressure coming in from our cold tap to make it able to do a whole cycle. This is a problem that we didn't have before as our other washing machine was so old that it ran through a hot and cold feed, whereas modern washing machines only run on a cold feed. So I now have a brand new washing machine that currently I can only look at until the landlord sends in a plumber to sort out the problem, so the washing at my parents goes on.

On the plus side we went and saw a financial advisor the other weekend to find out if we are any closer to being able to afford our own property, and it seems like we are getting there which has made us more hopeful.

We have our flat lease until the beginning of next year, so our aim is to be able to get out of out worn out little flat and find something before then. We were really hoping to be able to get a two bed house, but with the way that the prices are going up around here at the moment that is looking less likely.

Two bed houses in the area are currently going for about £235,000+ at the moment, with all of the new builds of the same size that are currently being built going for £300,000 upwards, so you can see what we are up against. But so long as we can get on the property ladder and find a property big enough to start a family in we will be happy.

So after weeks of my head being filled with washing machines and mortgages I decided last Friday that I just needed a day to myself to go and clear my head, so as it was such a beautiful day I went down to my favourite bunny spotting site to see if I could see any this time.

You may remember that I mentioned going down there in my post "Crisp Sunny Days" earlier in the year and didn't see any. In fact I haven't seen any since my post "Snowy Walk," but this time I was definitely not disappointed! Warning this part of my post is a little photo heavy! 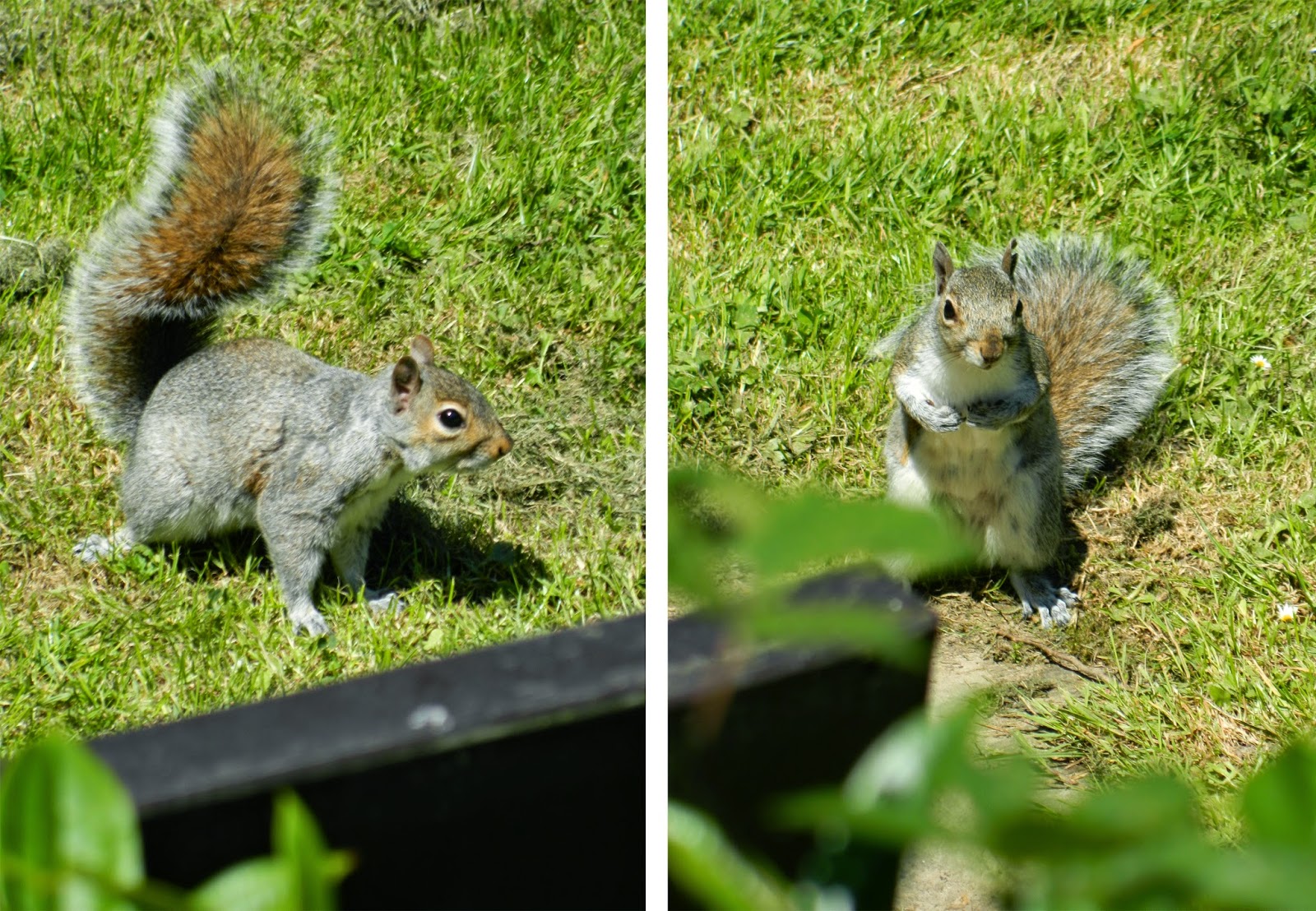 So firstly I saw two little squirrels playing together and thought, well at least if I don't see any bunnies I have seen some form of wild life! 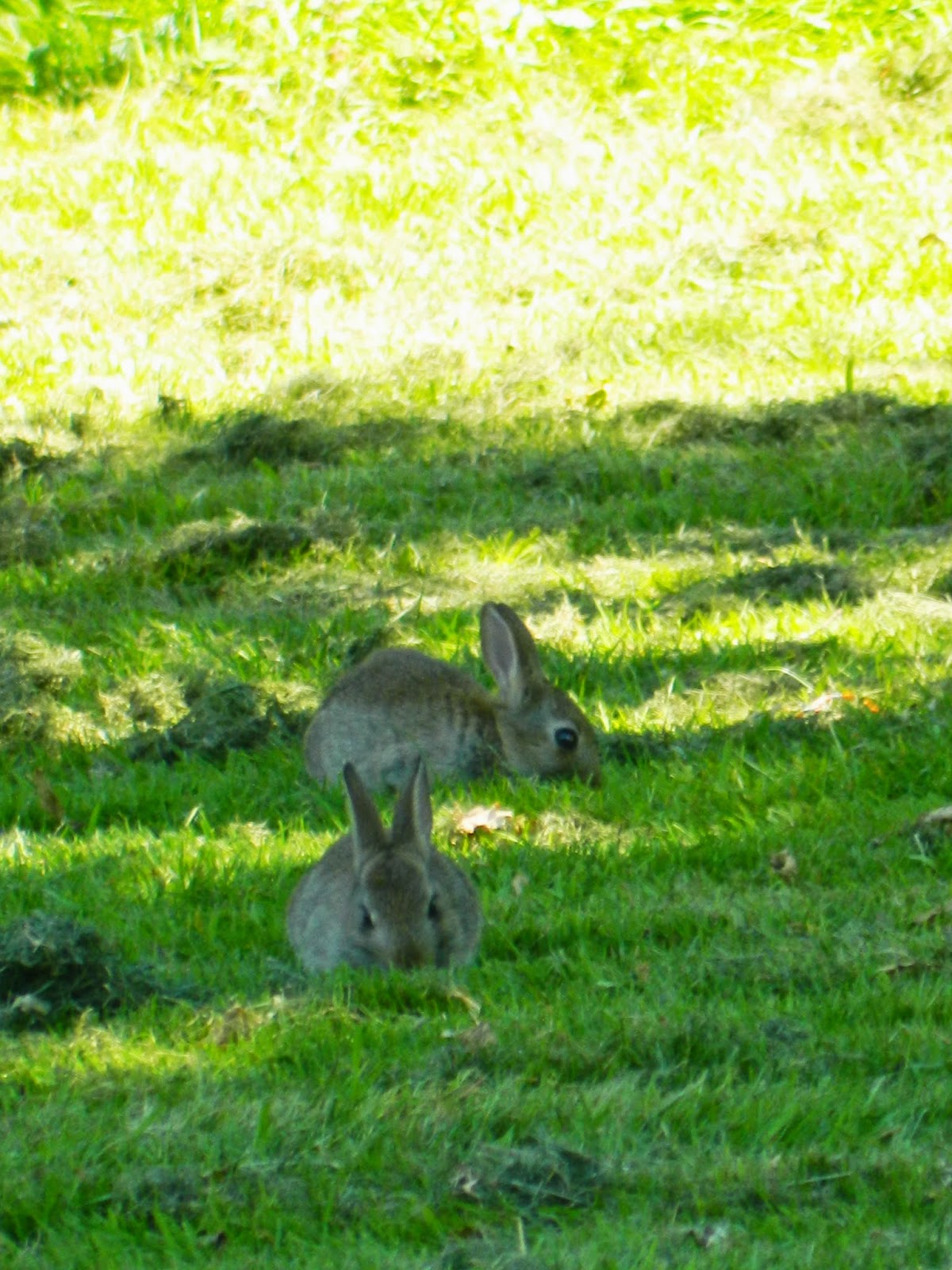 Then I spotted these little babies in my usual bunny spotting place, enjoying the freshly cut grass. This was about as close as I could get to them without scaring them off. But the some nice man saw I was taking photos and decided to deliberately walk right by them and scare them all away. So my plan B was to go over the railway bridge and see if I could spot any more! 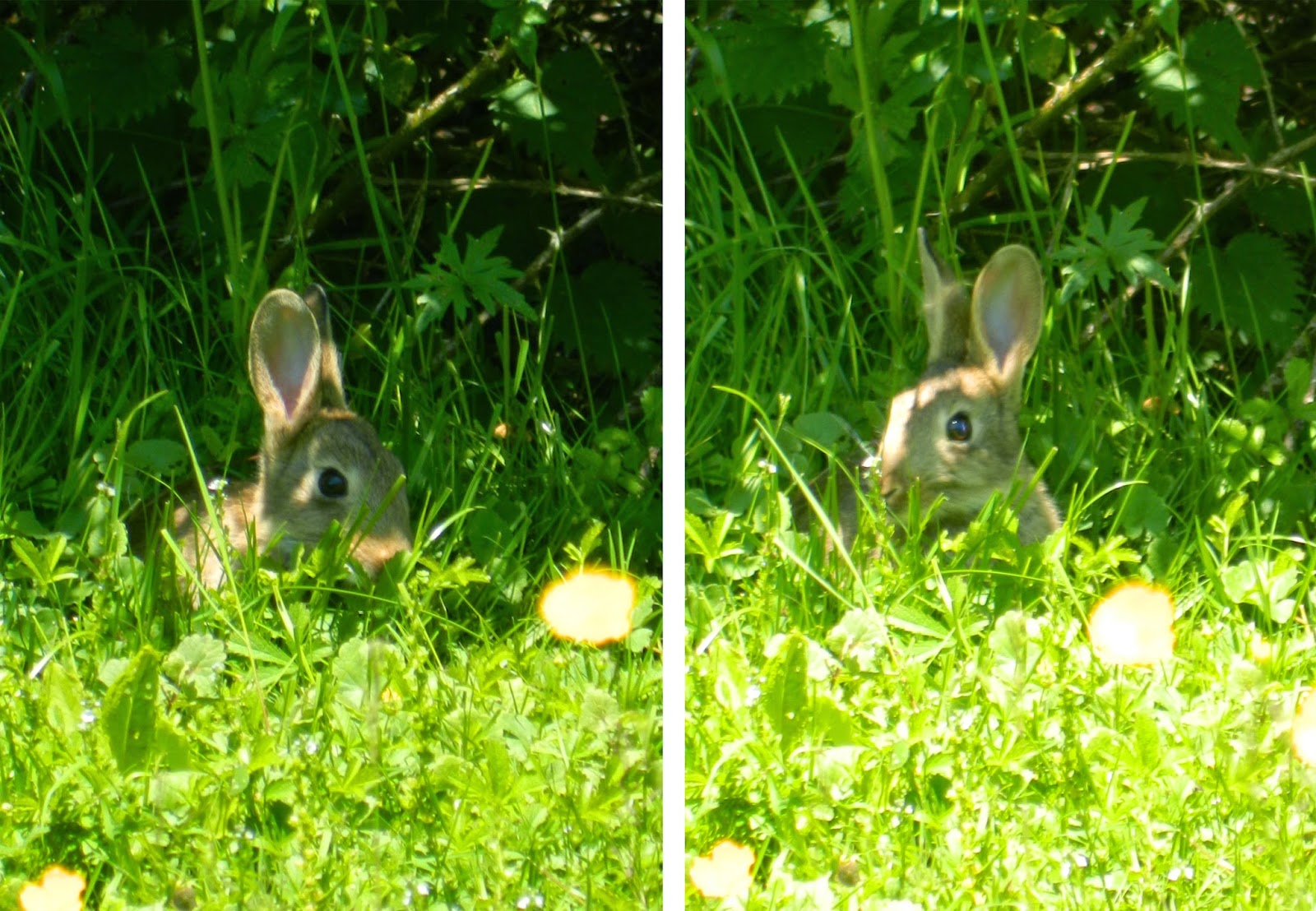 At first I couldn't see anything but then I spotted these two little ears poking up above the grass in the distance. 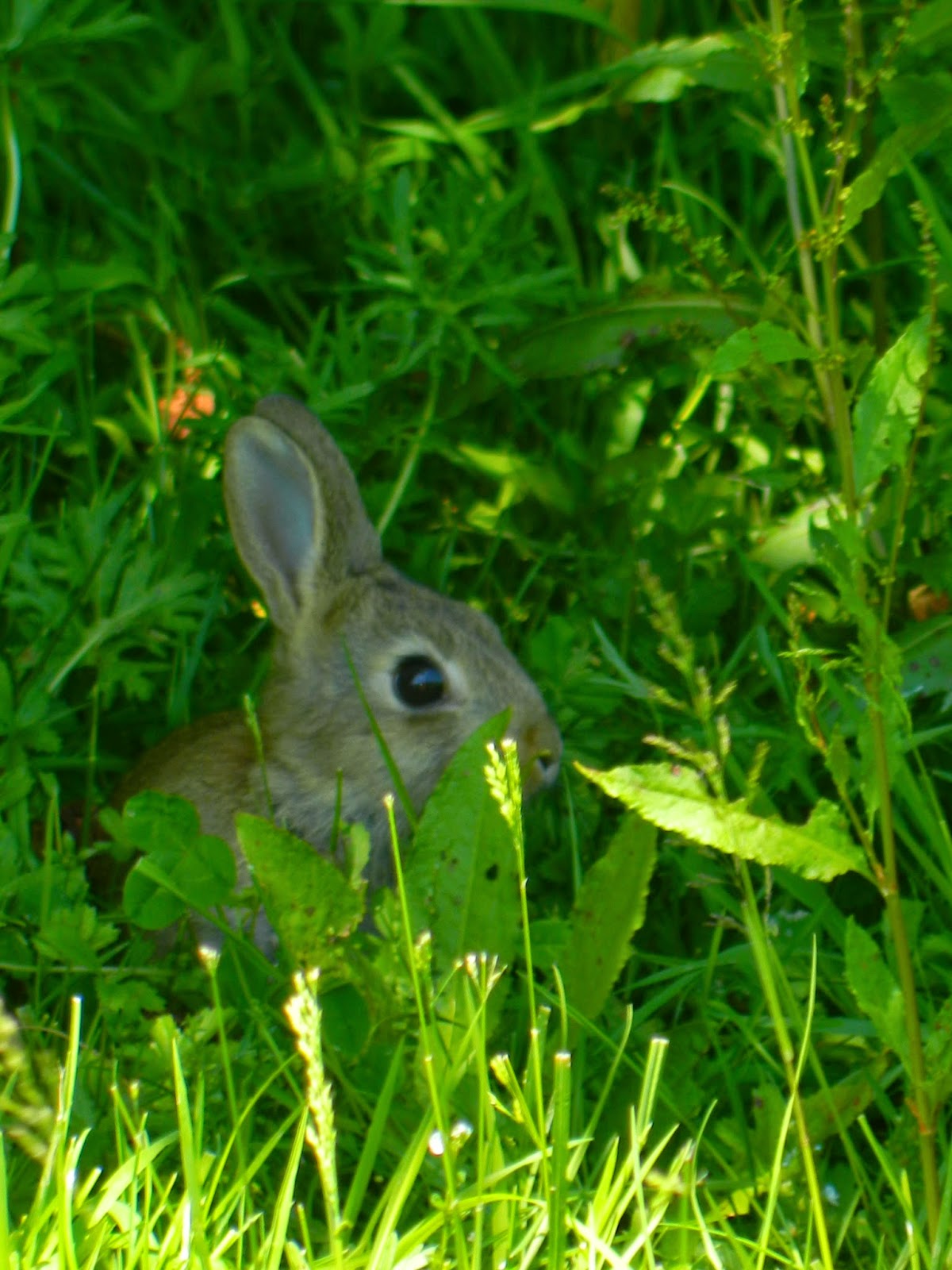 Then the more I looked the more I began to see! The bunnies on this side of the bridge were even more skittish the ones in my usual spot, so it took a lot of time to slowly creep up to them and read their body language in order to get photos. 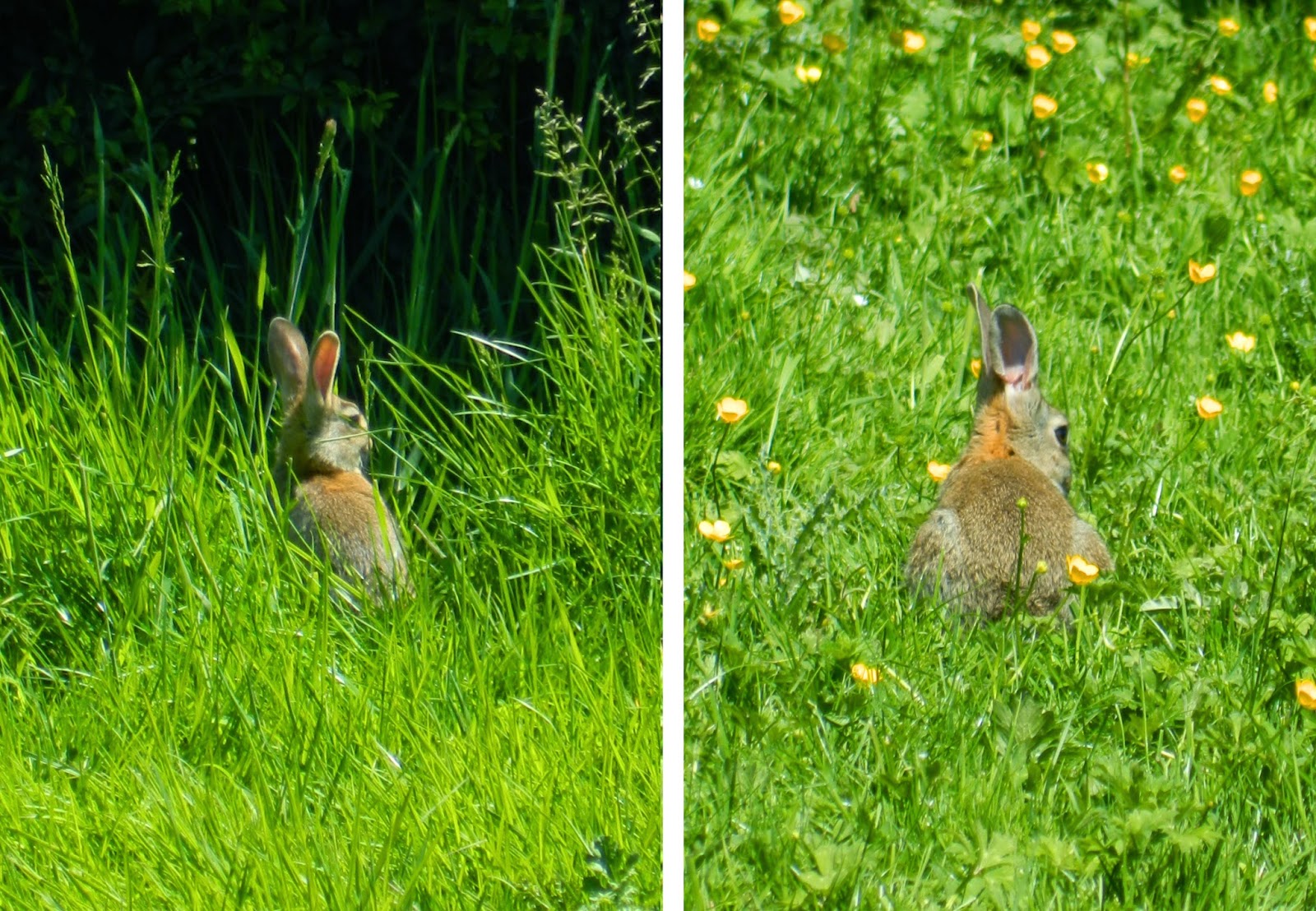 As I sat very still over time more and more bunnies came out to play! 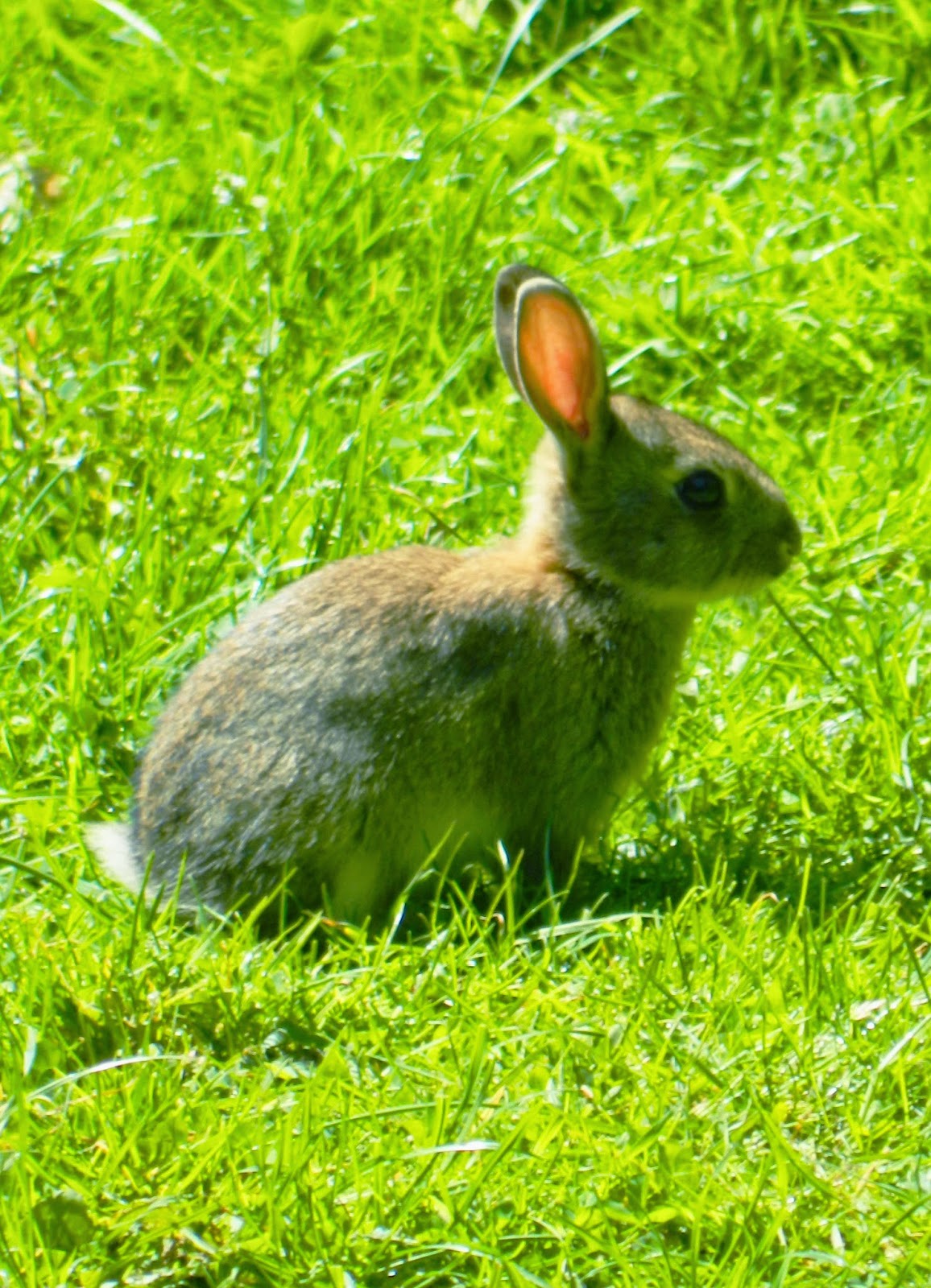 I was really lucky to get so close up to this little baby. I had been trying to get a shot of him for a while, and kept walking down the hill and creeping back up again to try and get a close up. But as I crept up to within a meter or so towards him rather than run off he just froze, at which point I realised that there was a lady with a dog on the other side that was eyeing him up. So at this point he was probably terrified, but it meant that I managed to get within a couple of feet of him in order to get this picture before he ran off. 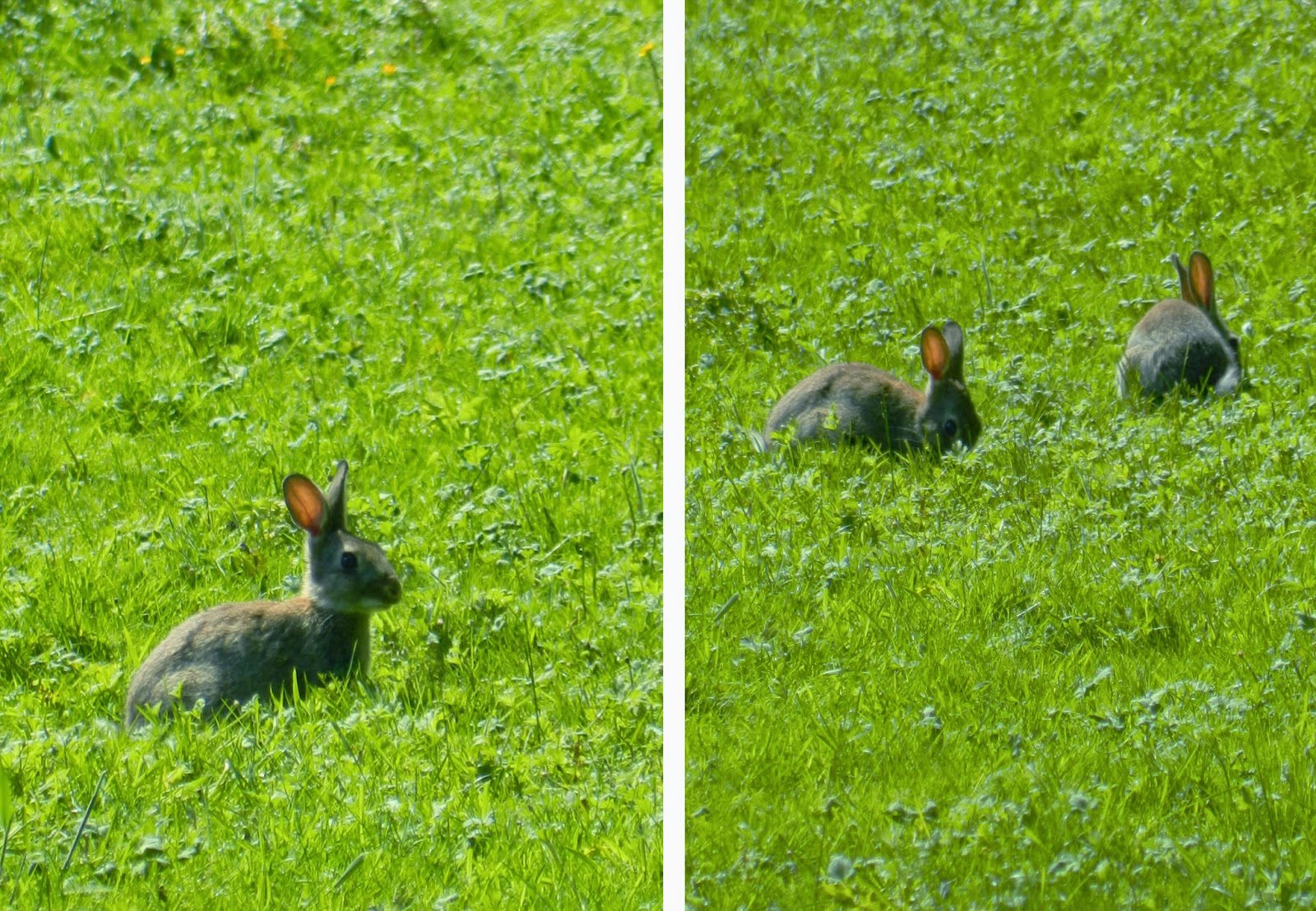 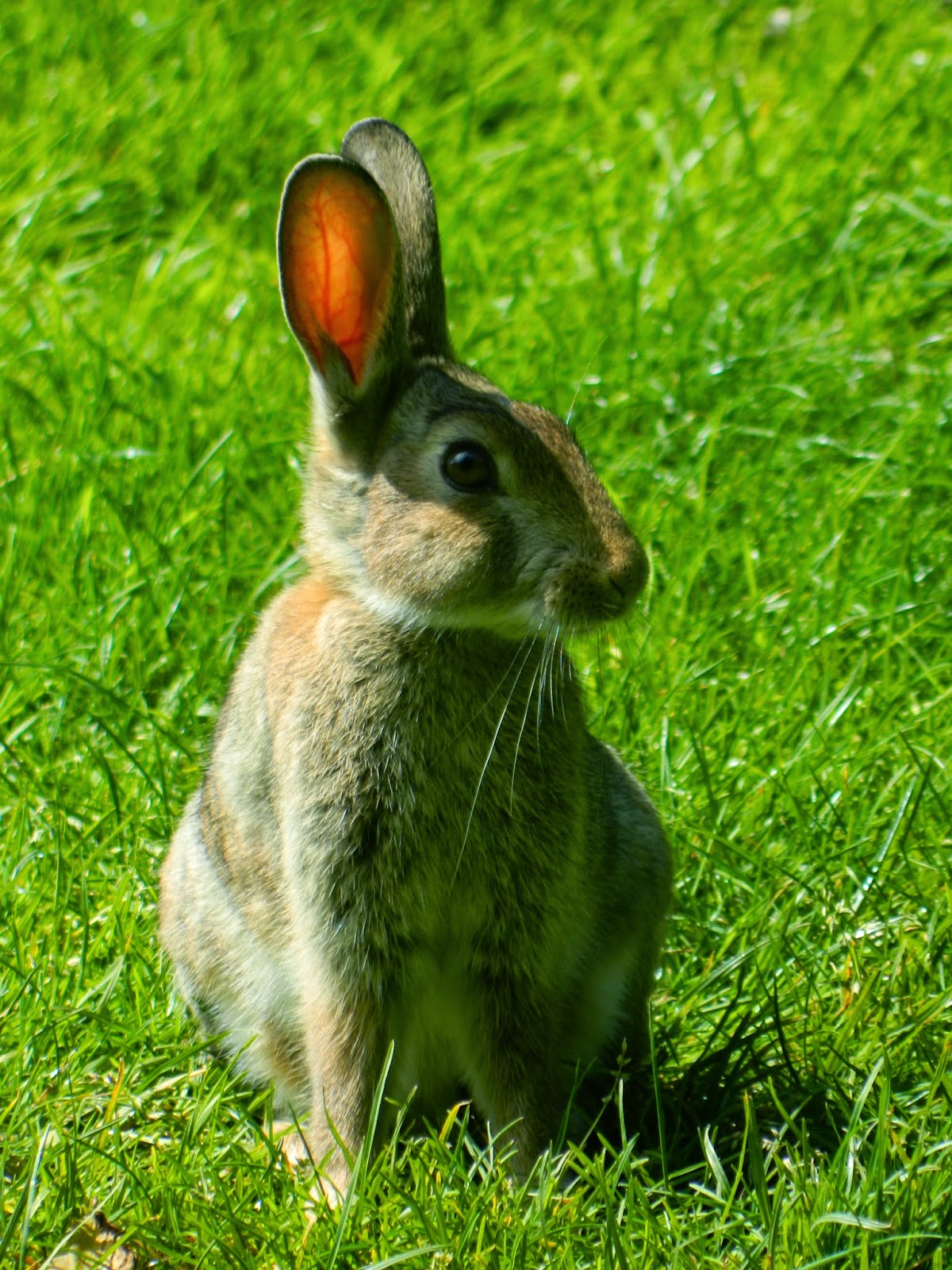 After this I noticed that there was a big collection of bushes that was right by where I had been taking the photos that had overgrown with an archway in between, so I decided that it would be the perfect hiding place to try and get some more close ups. As you can see it worked a treat and after a bit of waiting I found myself looking up the hill at some bunnies in the distance, when I looked back I realised that this bunny above was right in front of me just outside the bush, I think that I was more surprised to see him that he was to see me! In fact I don't think that he ever even realised that I was there, and that is how I managed to get my shot of the day! He stayed there for a few minutes so I got to take in every detail of this beautiful creature, before he hopped off. I don't think that I have ever been this close to a wild bunny before but it was a wonderful experience. 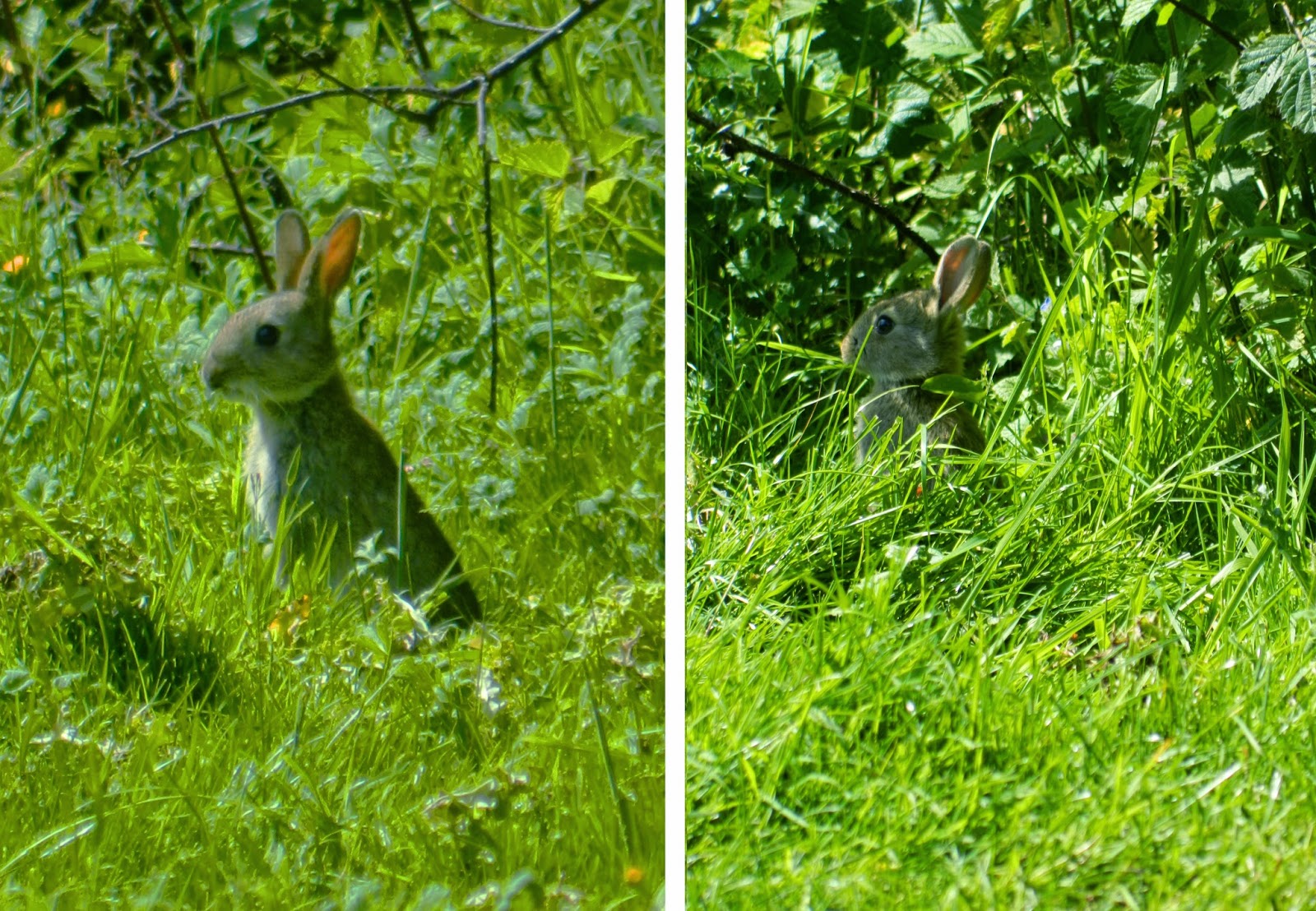 After this I continued to watch the bunnies from my little hide out, and this baby bunny appeared. It took him a while to get his confidence to come out but he did eventually. 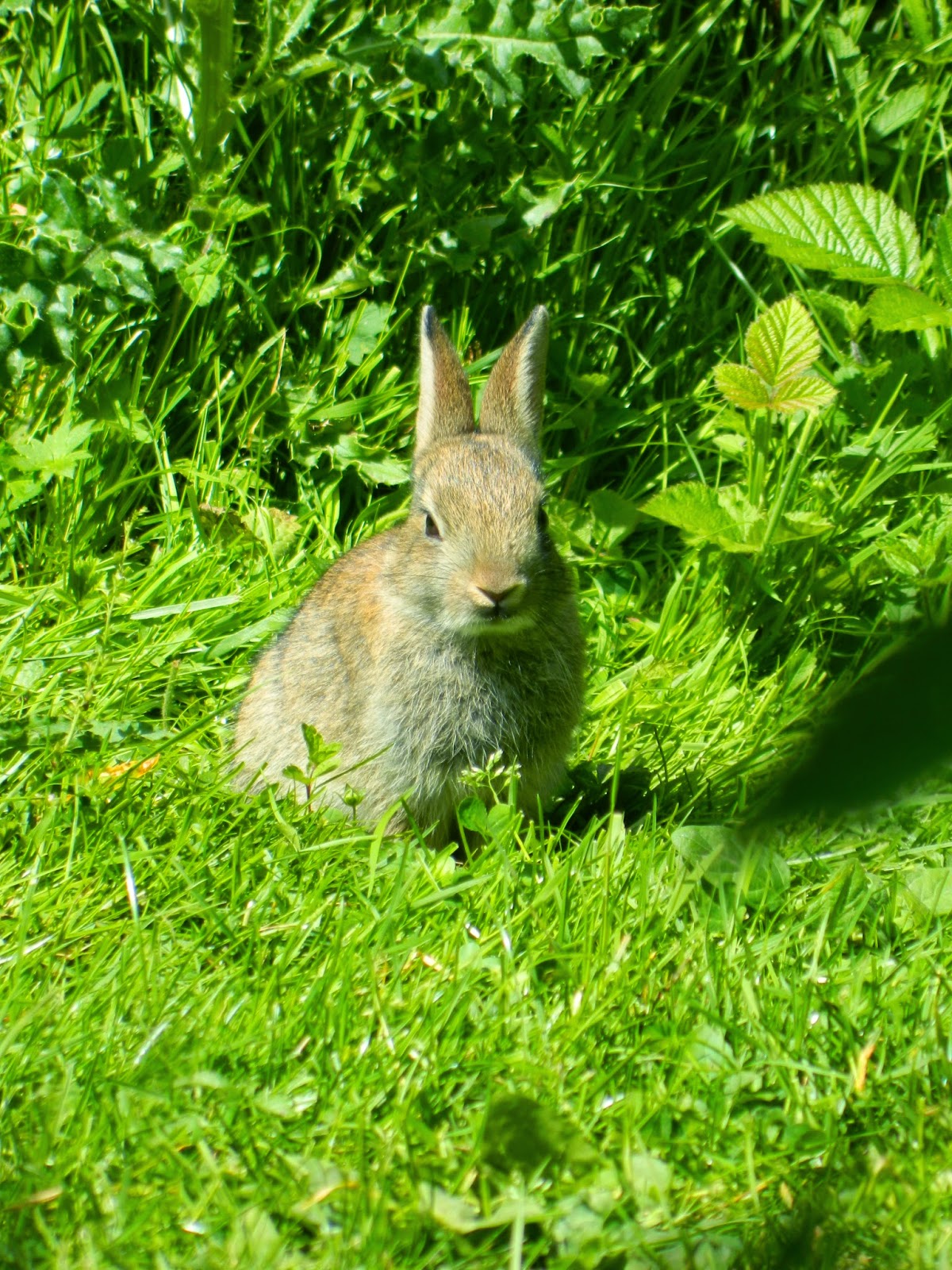 I wanted to try and get another cloue up of a baby and then this little one appeared, again  getting pretty close to me and basking in the sun. He was definitely more aware of me being there than the previous bunny though. 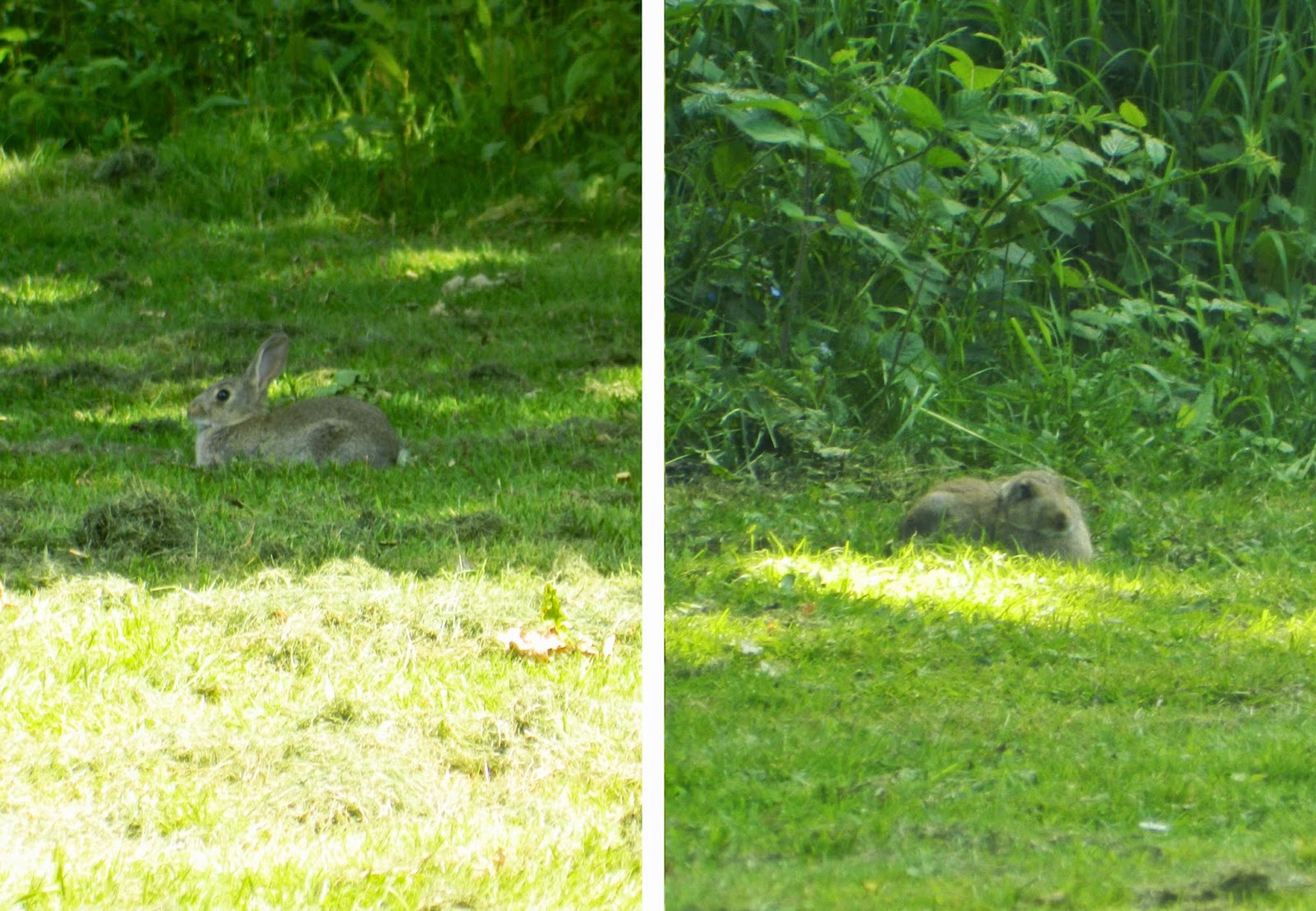 By this point I had been bunny spotting up the hill for over three hours, so I thought that I should start to head back. On the way though I stopped back at my usual spot and found these two very chilled out bunnies! 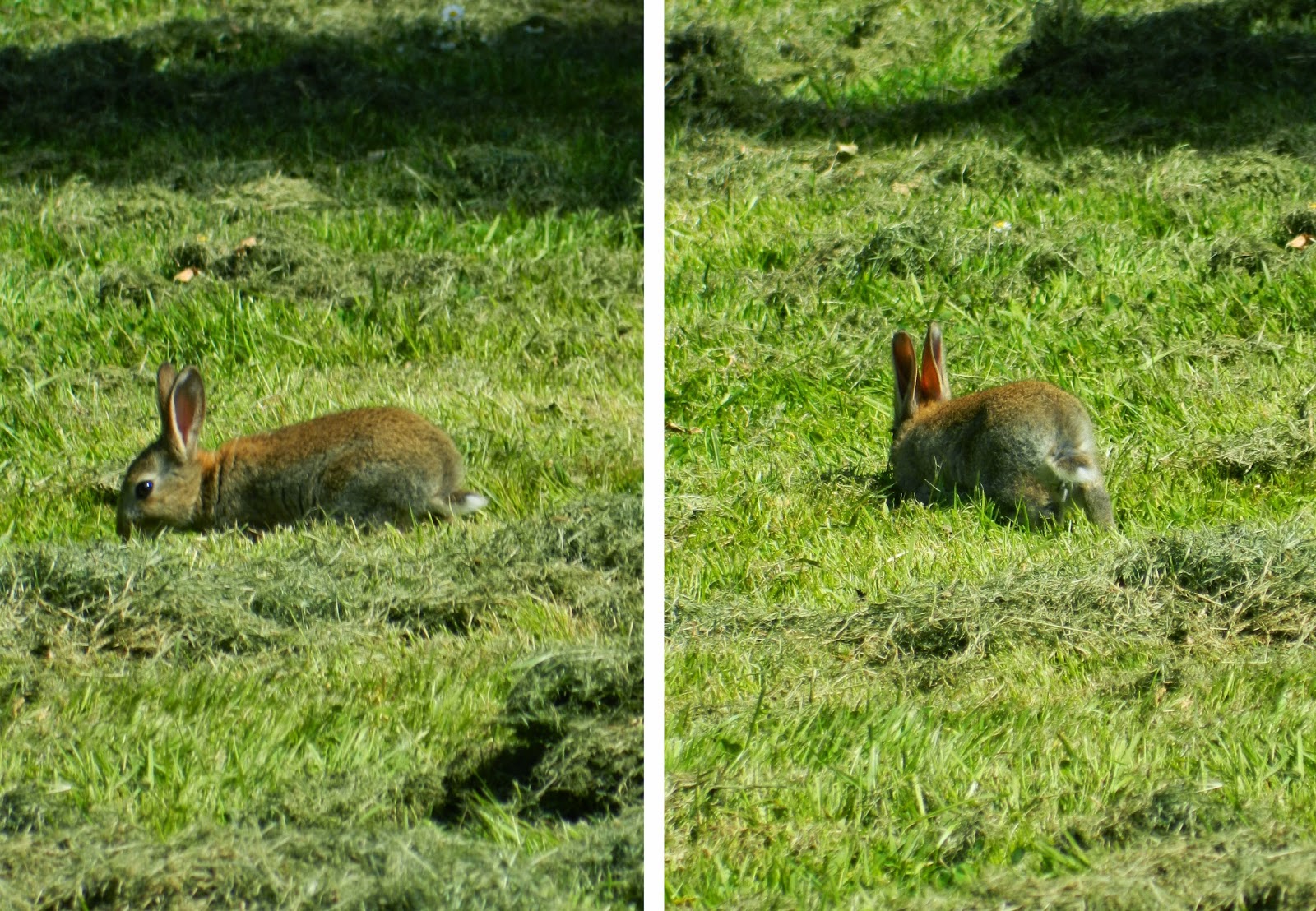 Along with this little one who was enjoying the grass. I thought that he looked so cute as he moved along putting his little  bun in the air. He was also quite playful and had mad moments where he would run about and jump in the air! 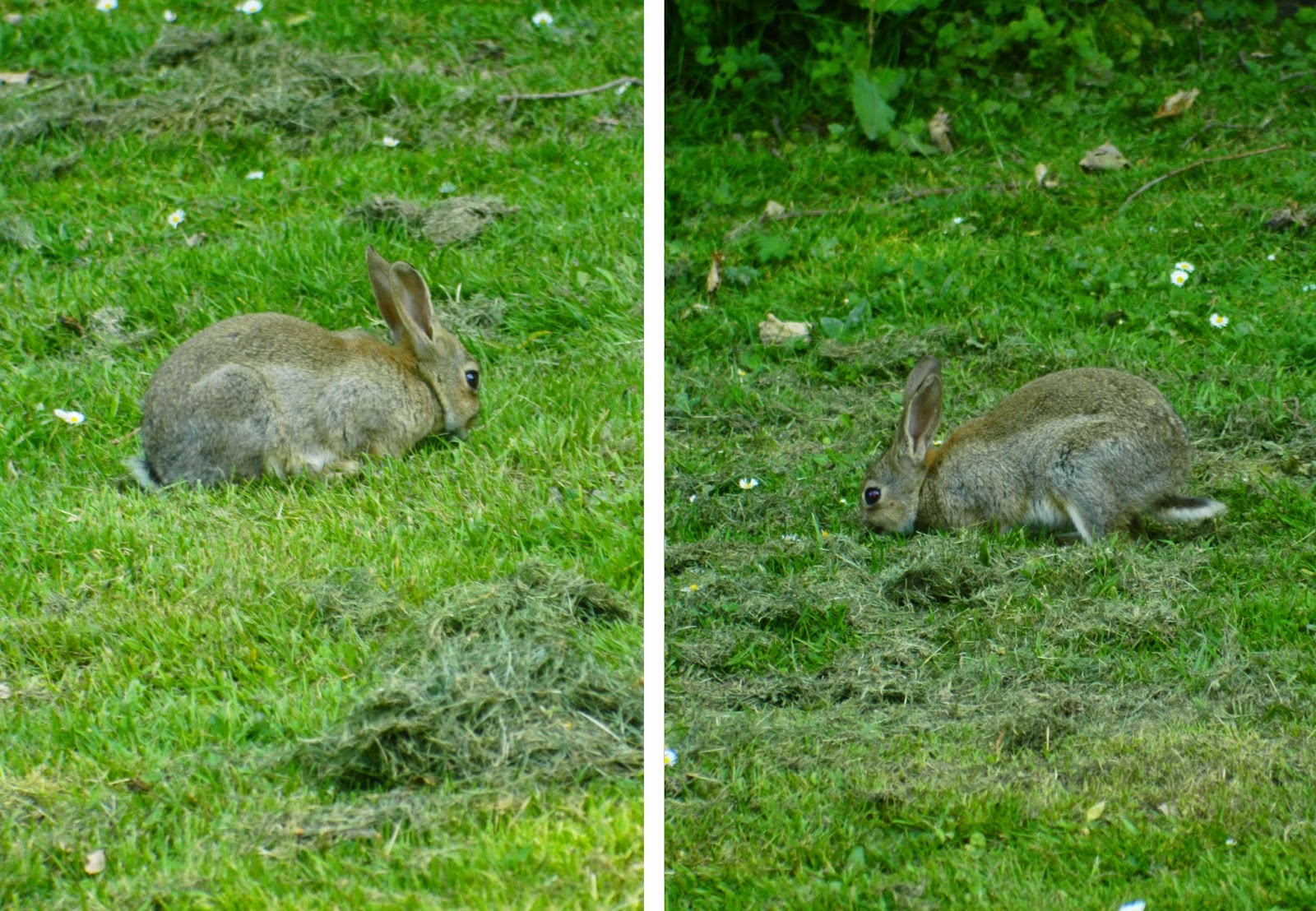 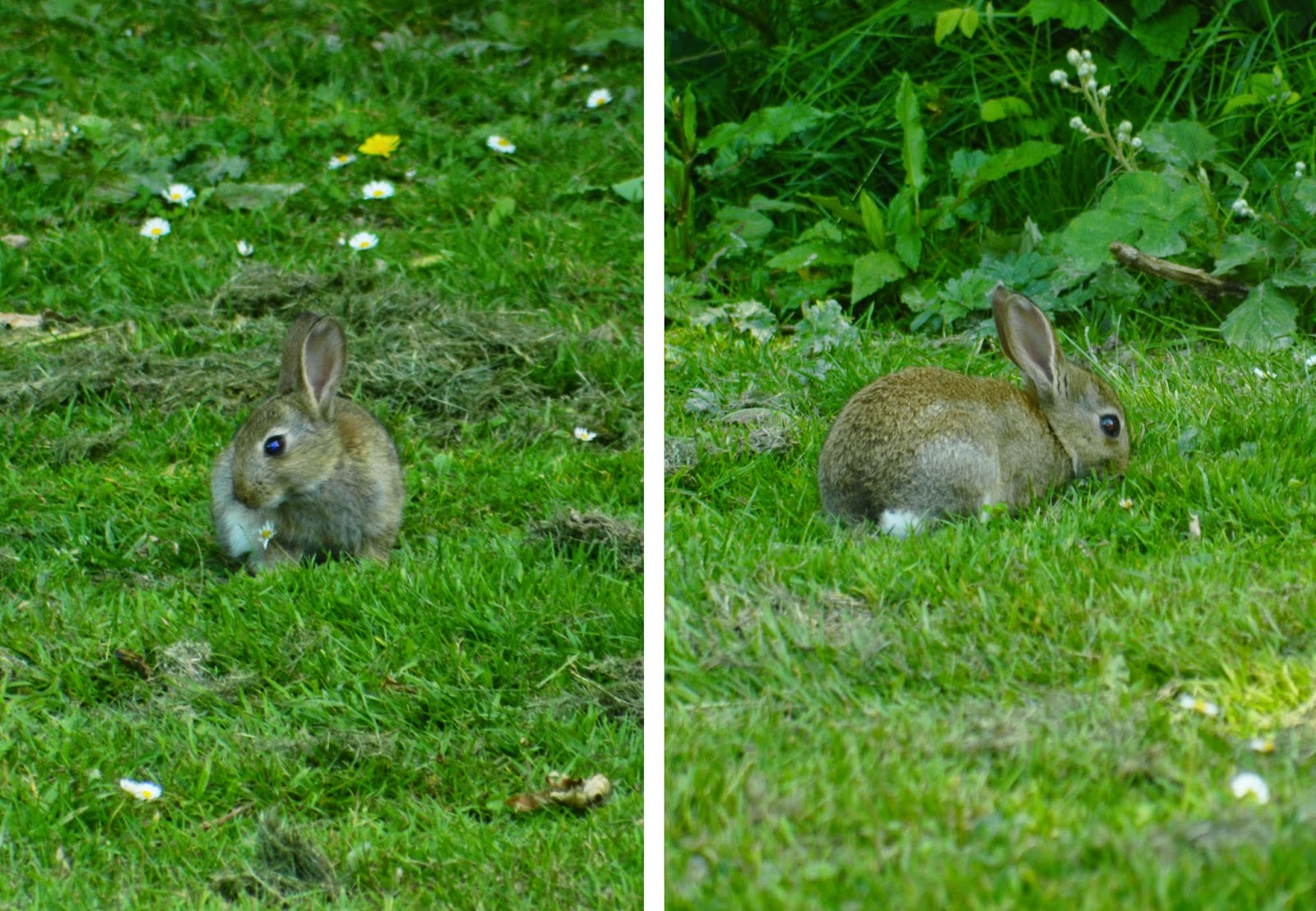 Time for a little scratch between the munching! 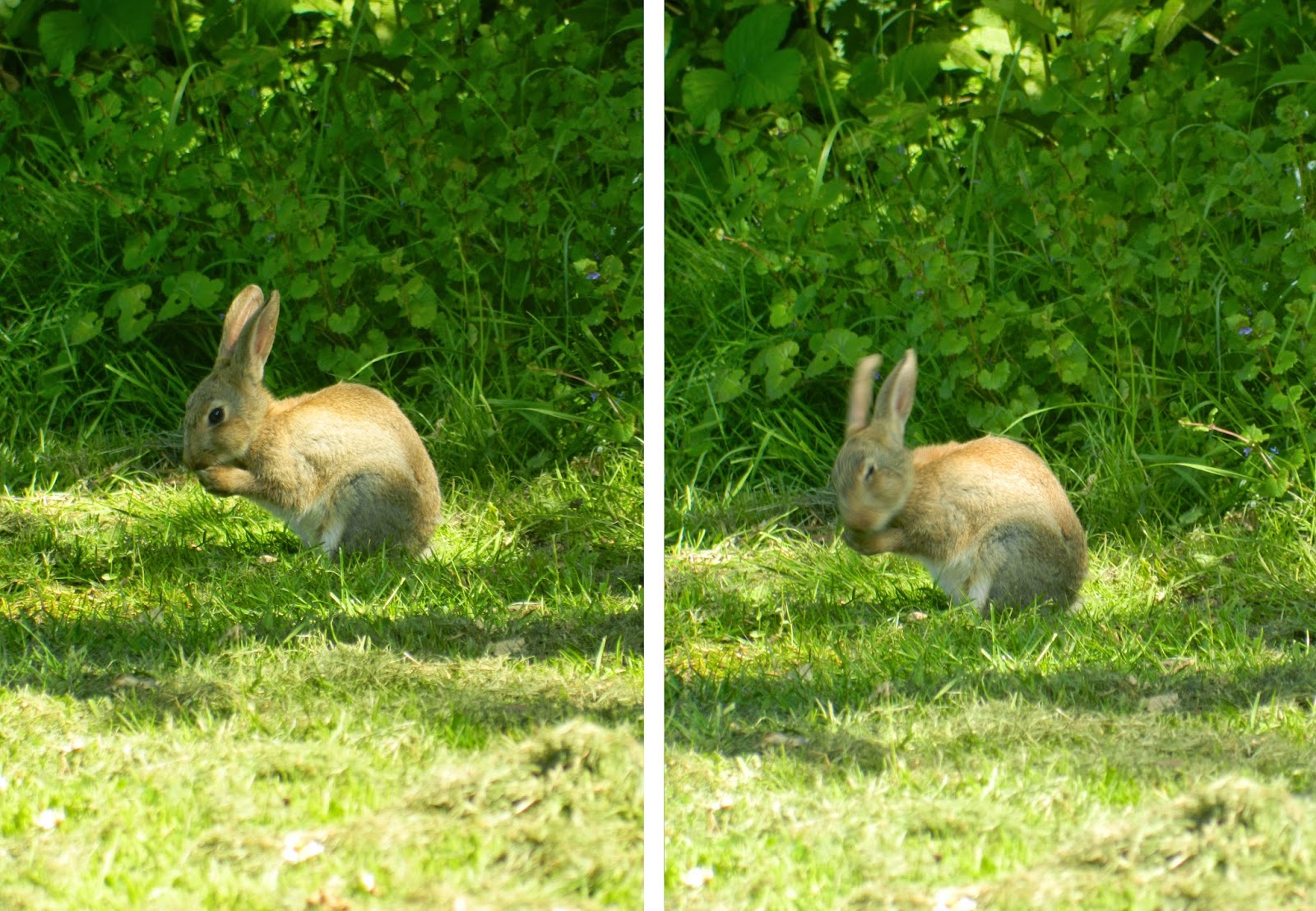 As well as a little wash! 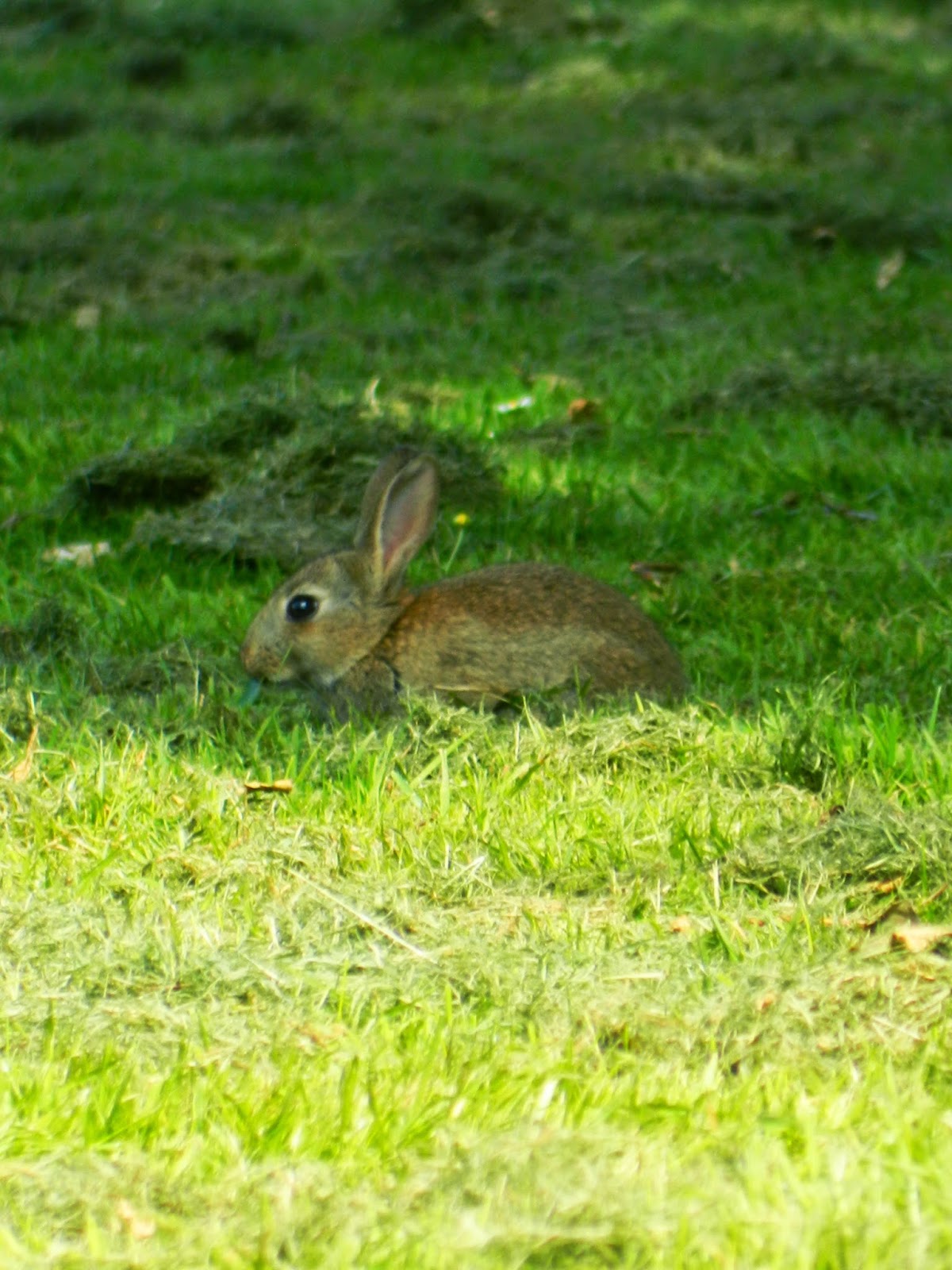 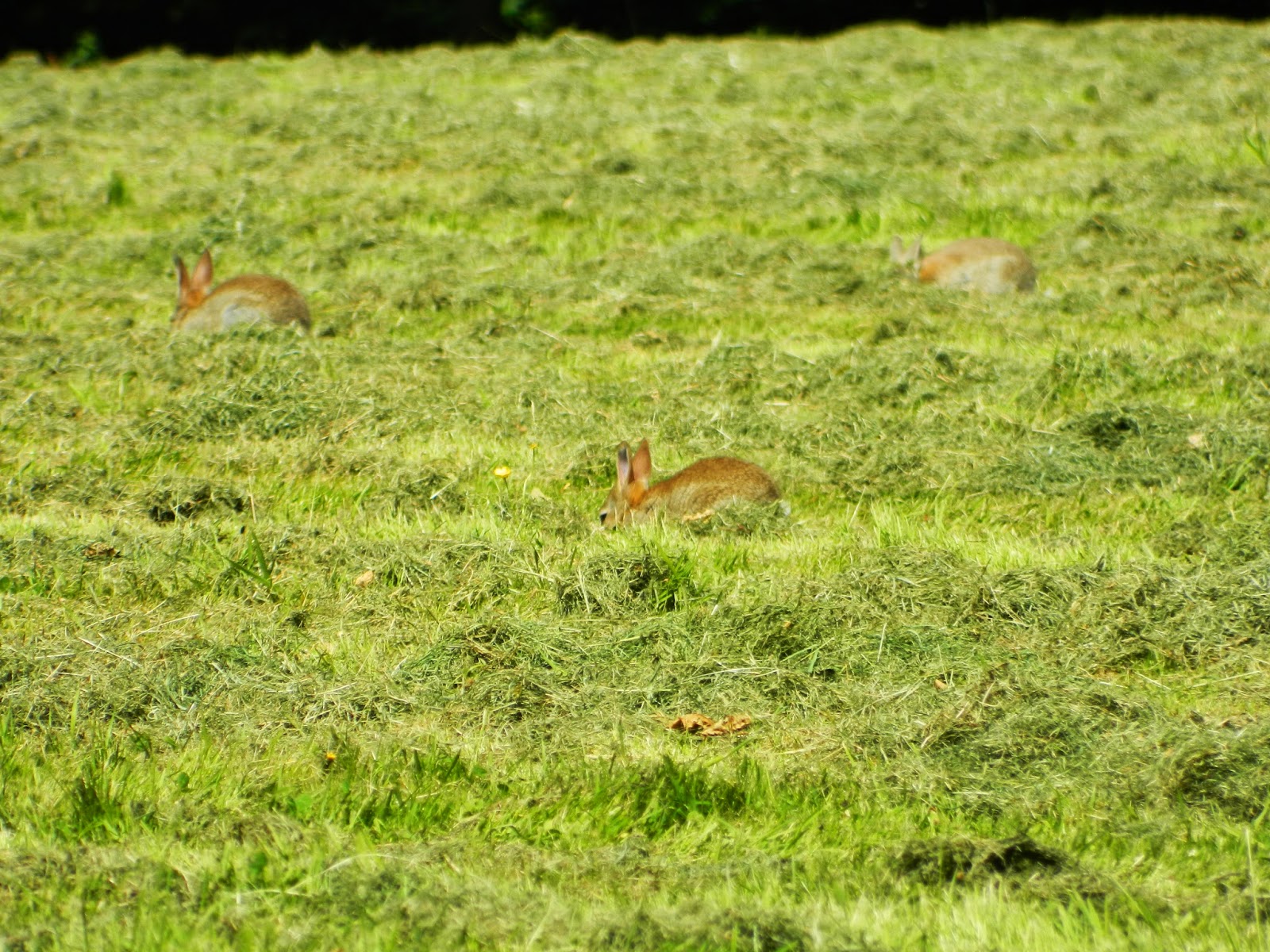 They just couldn't get enough of the lush grass! 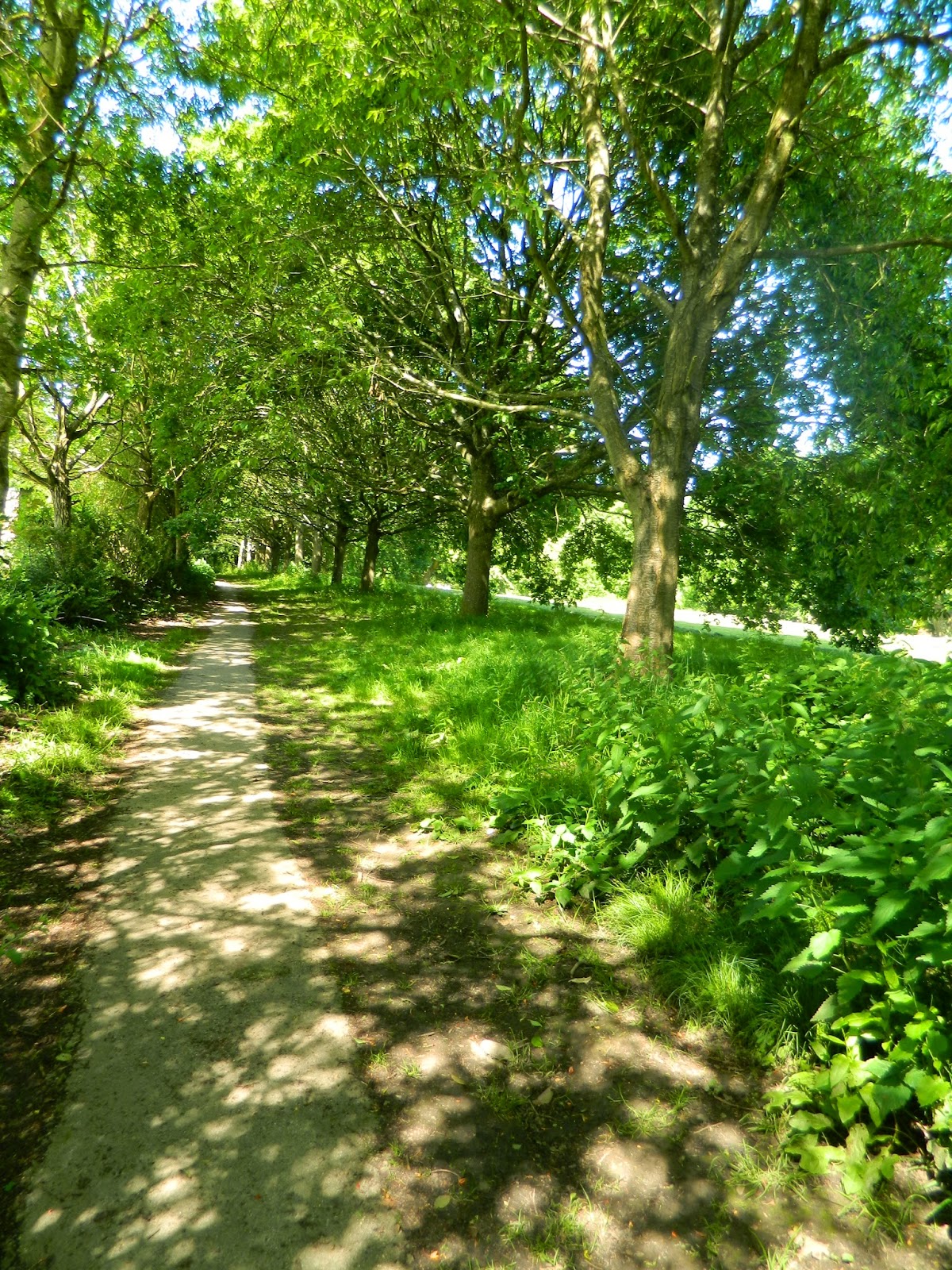 The pretty pathway on my way back home!
Needless to say after my little bunny spotting adventure I was definitely feeling a lot more chilled, and I am planning on keeping this up further as I now have two weeks off of work. This week with my hubby and the next on my own. During this time I am hoping to get a lot  done, both with tidying the flat, drawing, and hopefully launching a new bobby bunny product!
I hope that you are all well and that the weather is being a kind to all of you as it seems to be with us at the moment. Thank you for hopping by! x
Posted by Jenny at 13:18