Time Off & Back To Reality!

I mentioned in my last post that I was midway through my first of two weeks off of work, and what a lovely chilled out two weeks they were. But it's been back to work and back to reality again this week!

I did manage to get a lot of what I wanted to get done in my weeks off though! During my first week I mainly chilled out as my hubby was off too so it was nice to spend some together, as with me working Saturdays we usually only get one full day together.

Luckily we had some lovely weather that so I took my hubby for a walk down to my usual bunny spotting place. We ended up going further than I usually do and took a route past my usual place, which took us out the other side of the fields and through a housing estate where we then came across a farm who's land was open to the public.

We walked through the fields for hours and then along the river walk on the way back, we saw a few Pony's but it was mainly just open countryside with amazing views over the town. It's crazy to think that I have lived here all of my life and never even knew that the place existed. That's on of the things the I love about where I live, we are so close to town and everything that we need but equally we are surrounded by such beautiful countryside that you can feel like you are in the middle of nowhere within minutes. I have put together some of the photos from our little outing below: 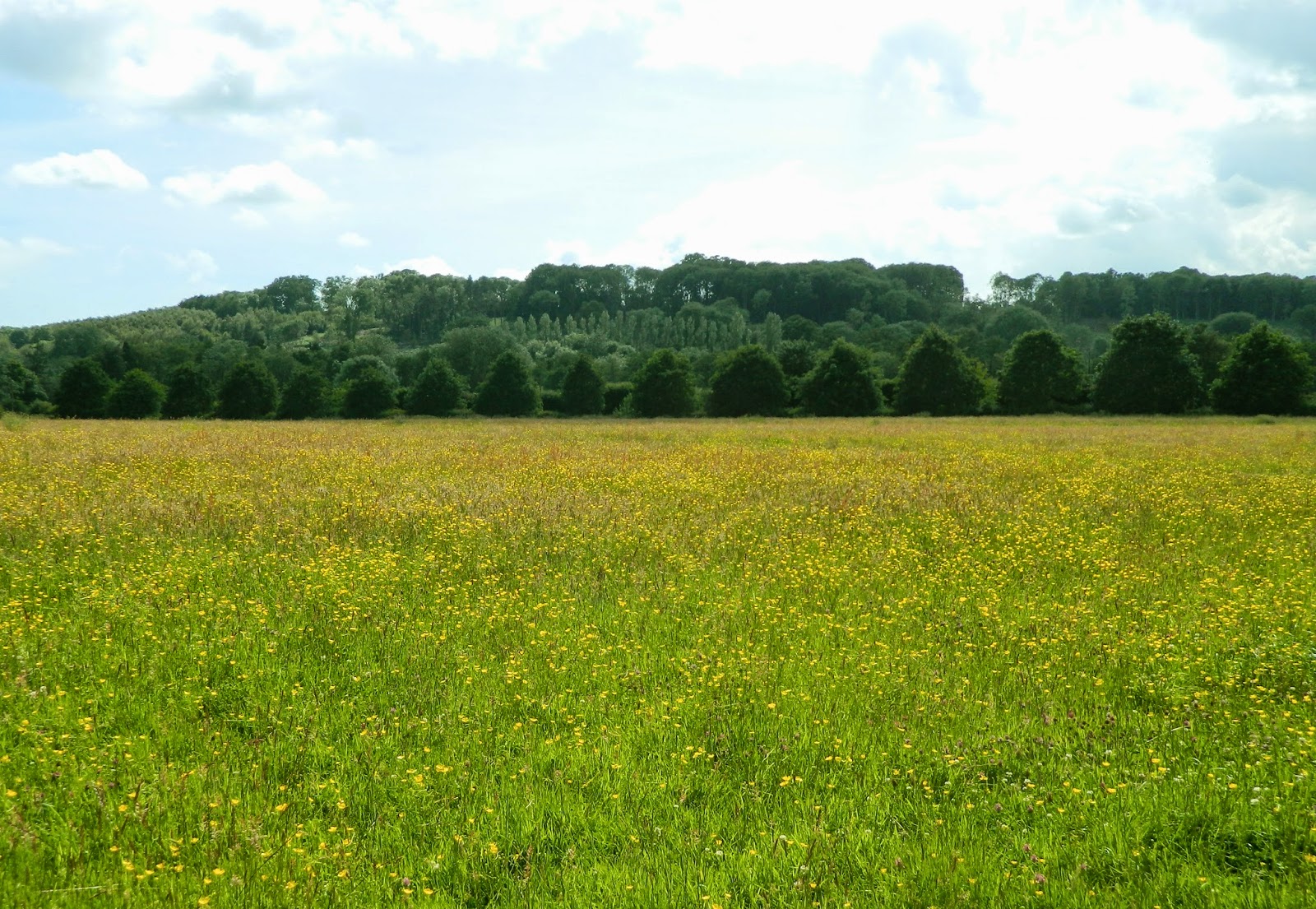 The beautiful view over the fields 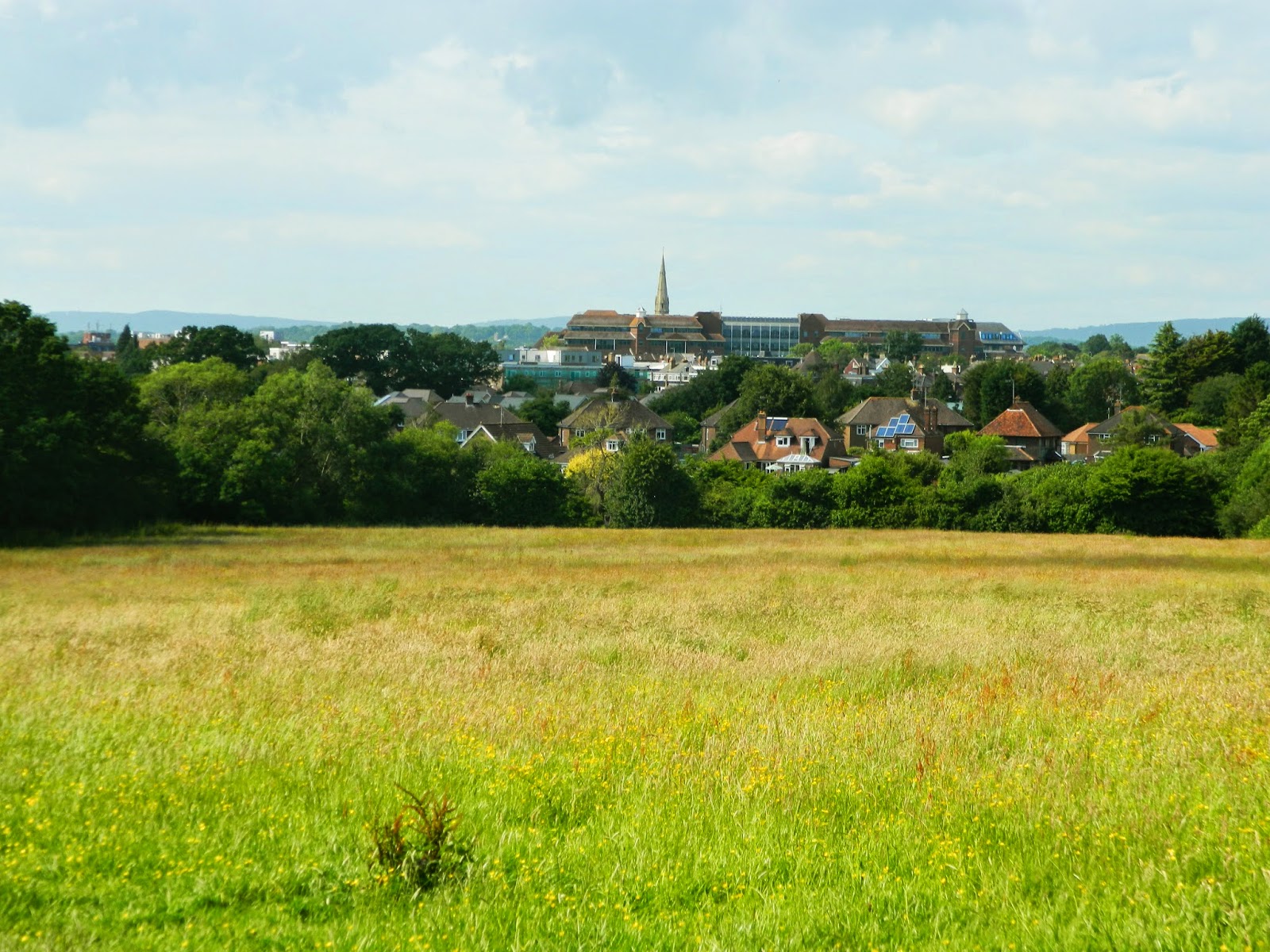 The beautiful view over the fields towards town 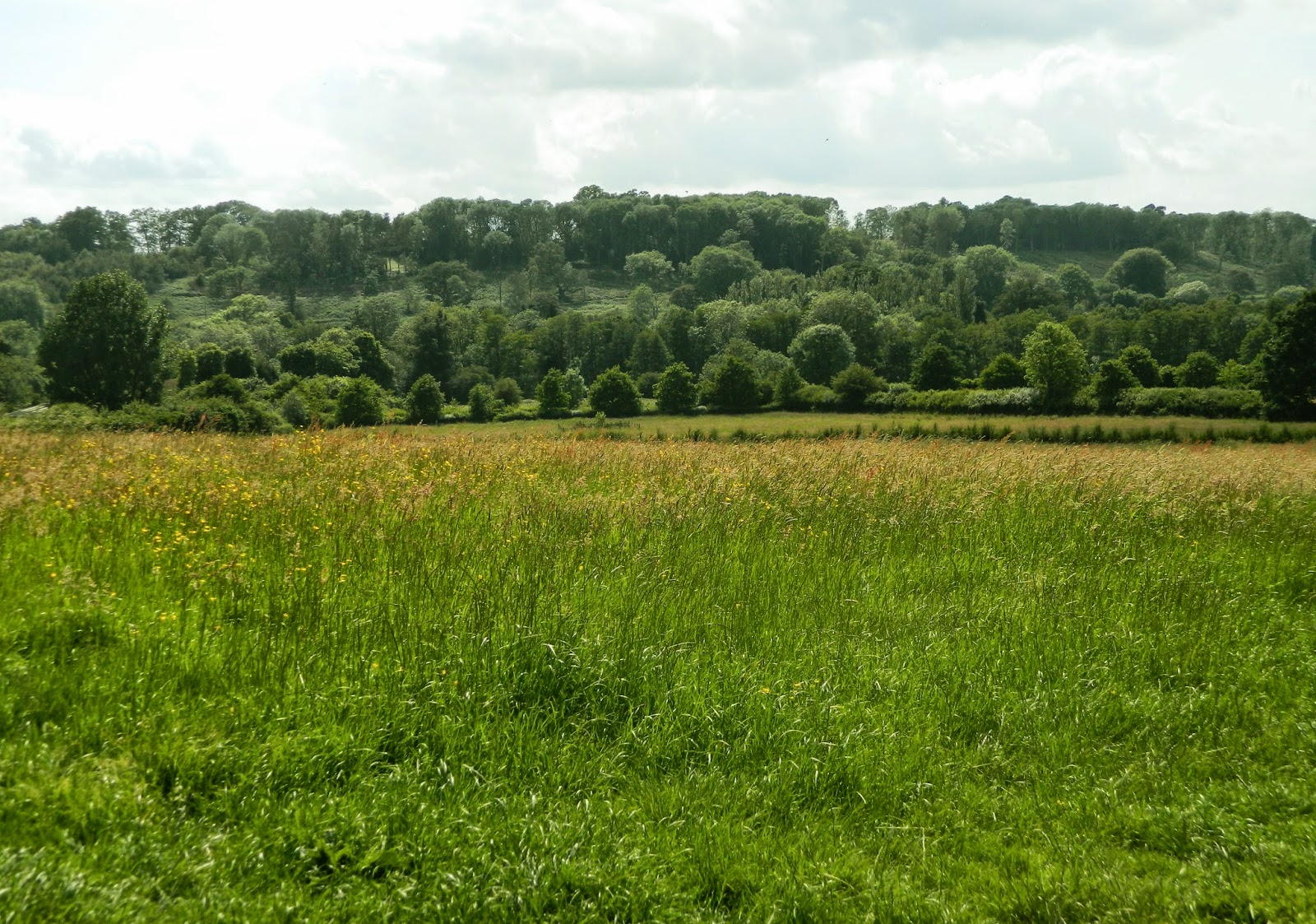 Another beautiful view from the top of the hill 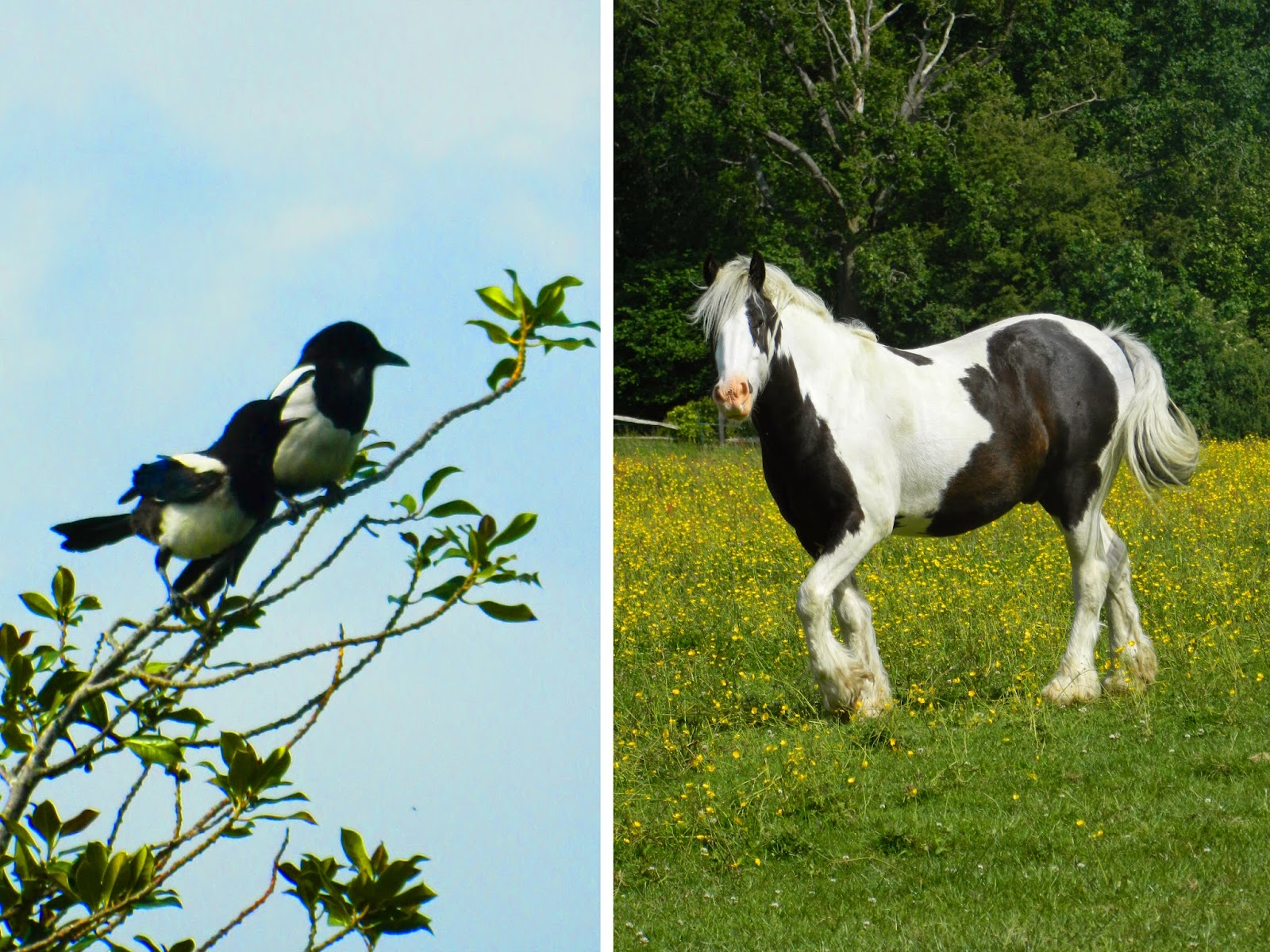 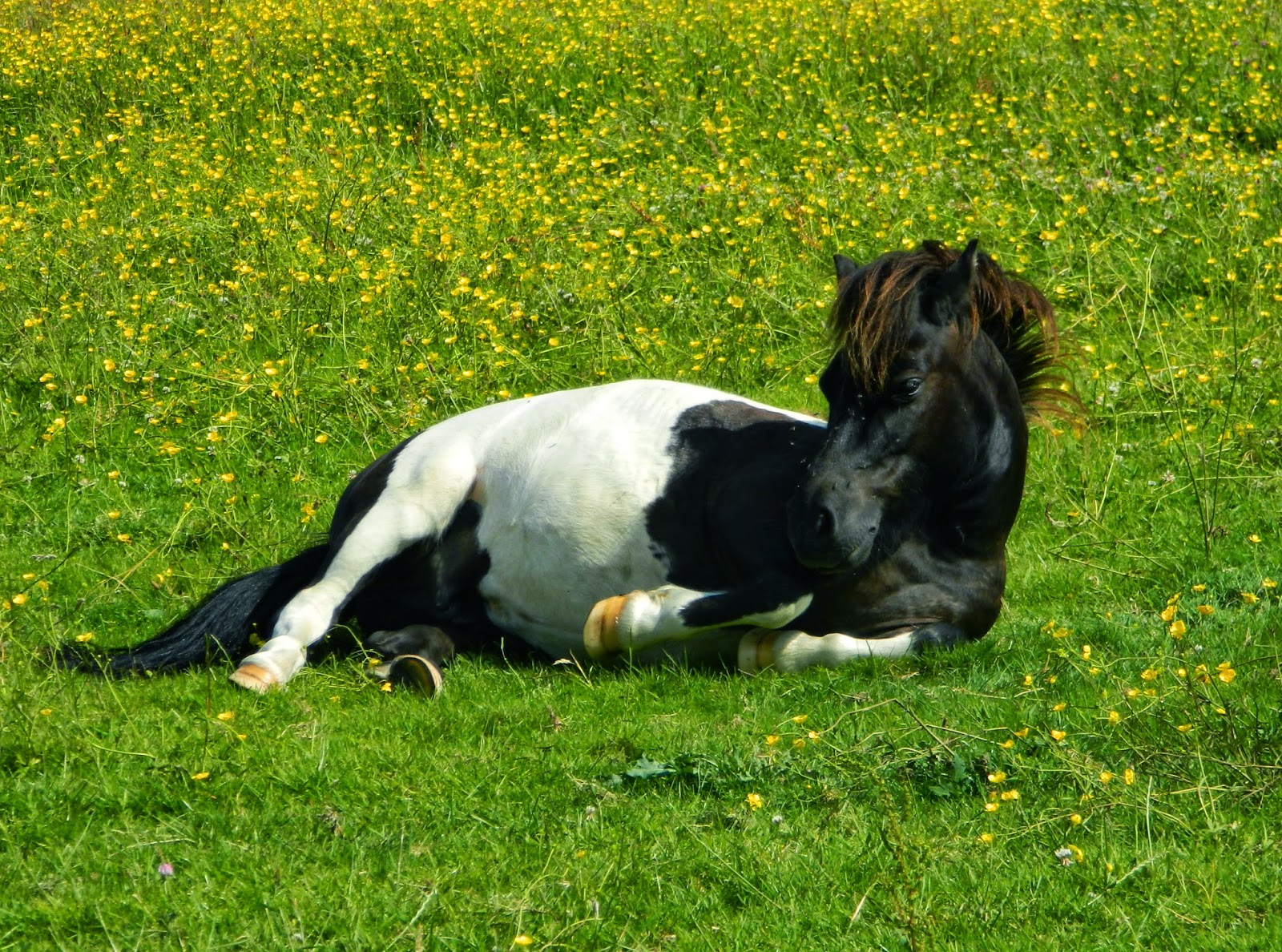 Along with it's pony friend 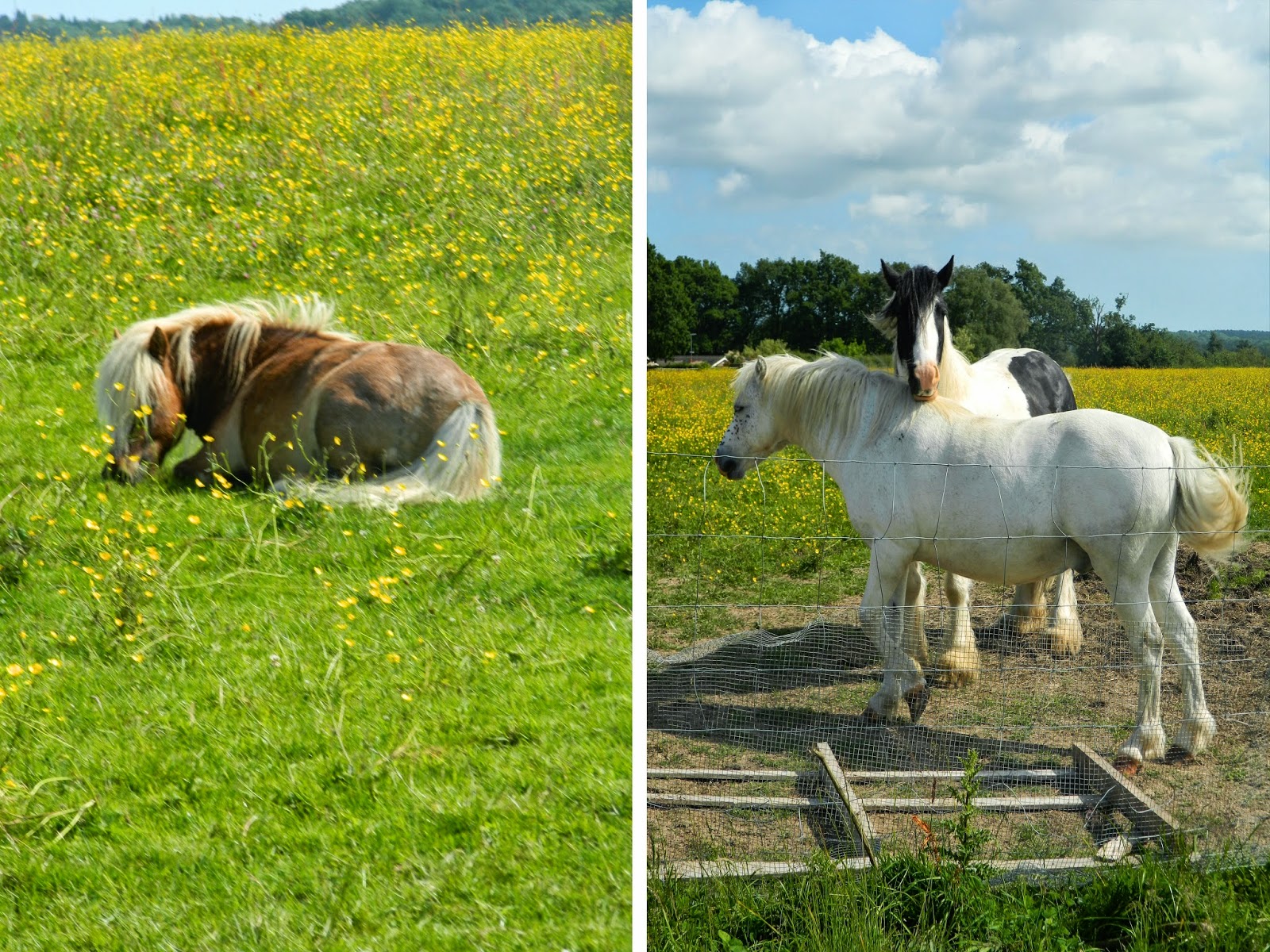 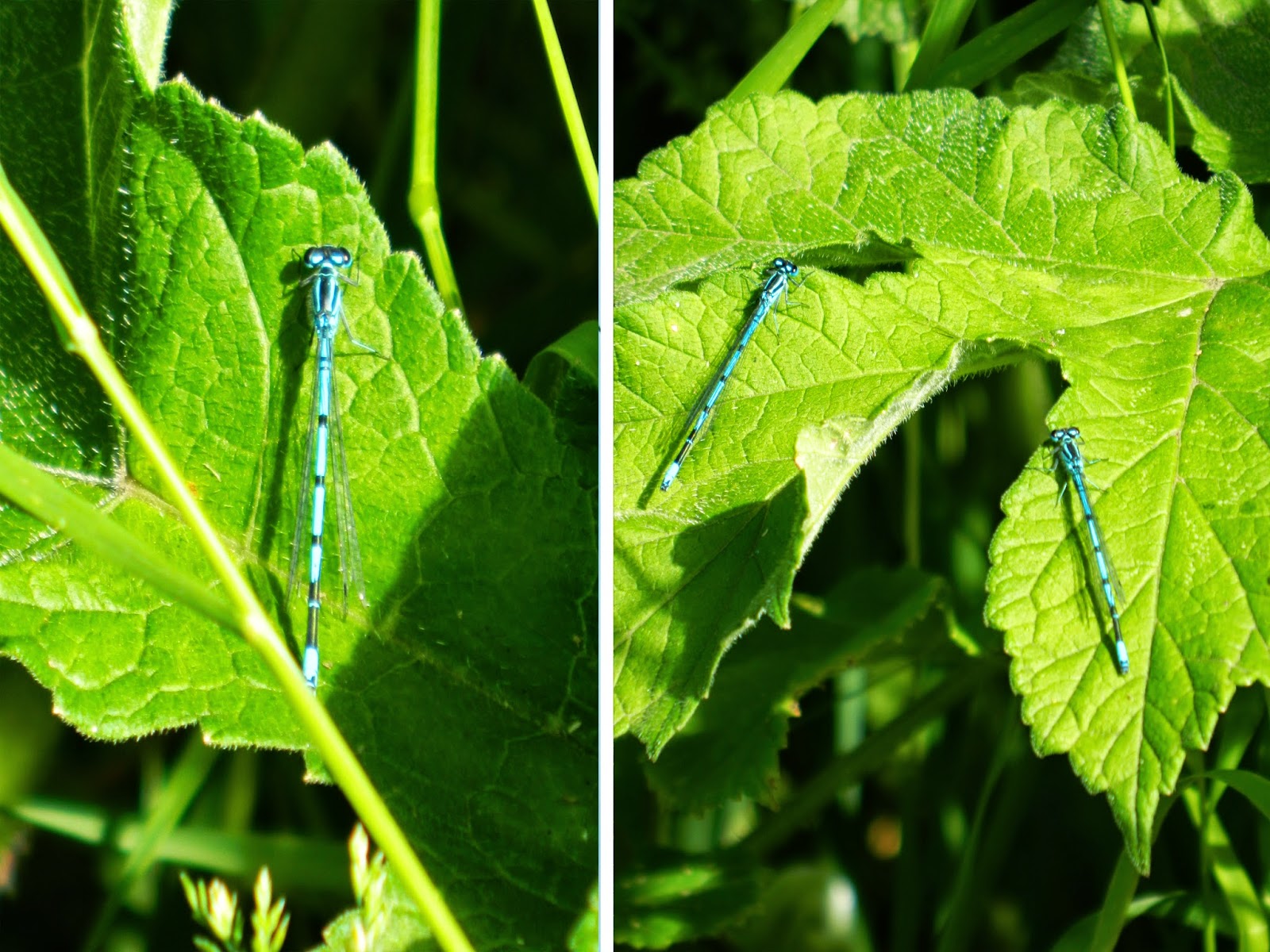 Along the river walk we spotted dome Dragon Flies 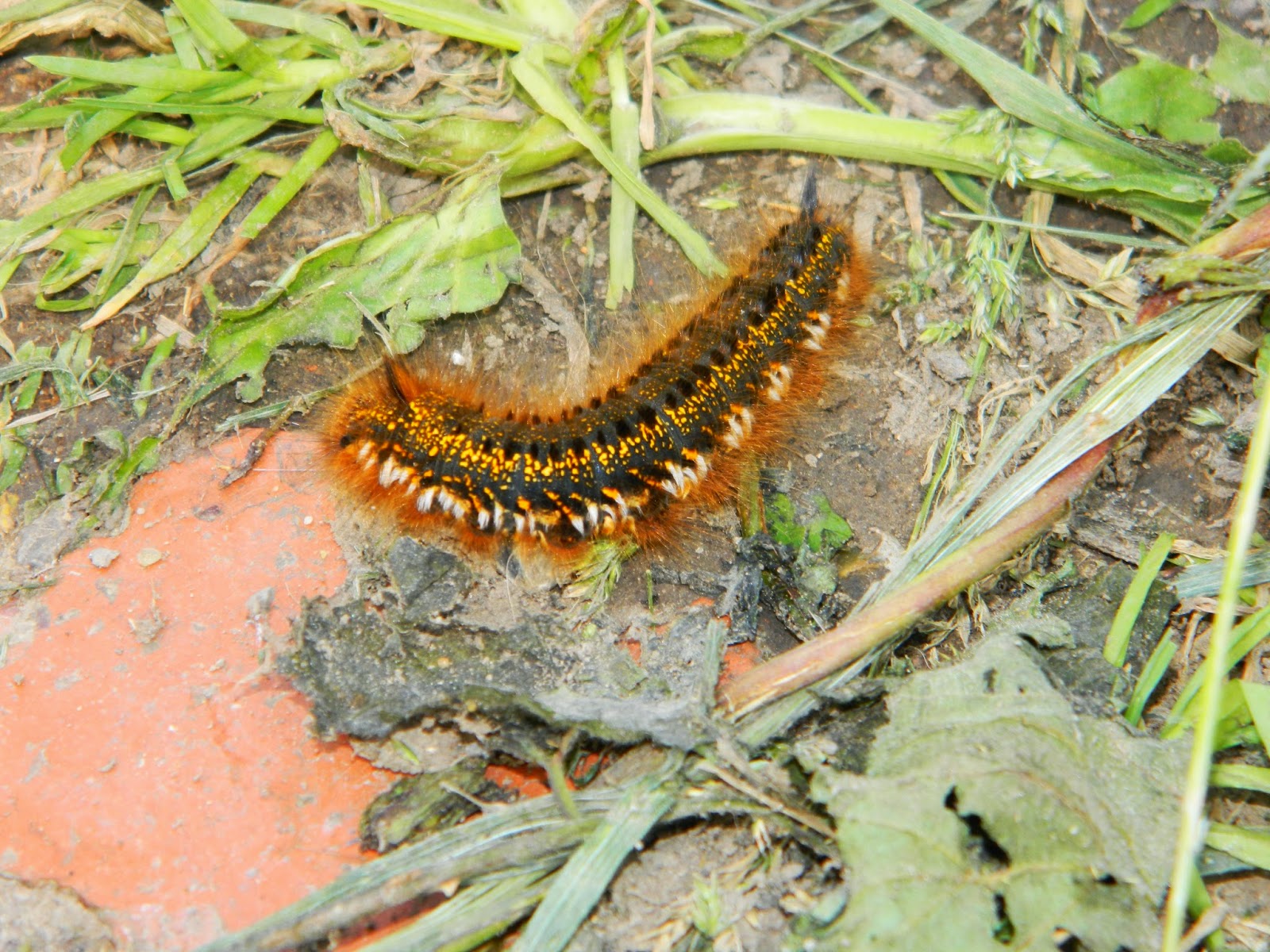 and a very hairy and elaborate caterpillar, I am not sure what type he is though 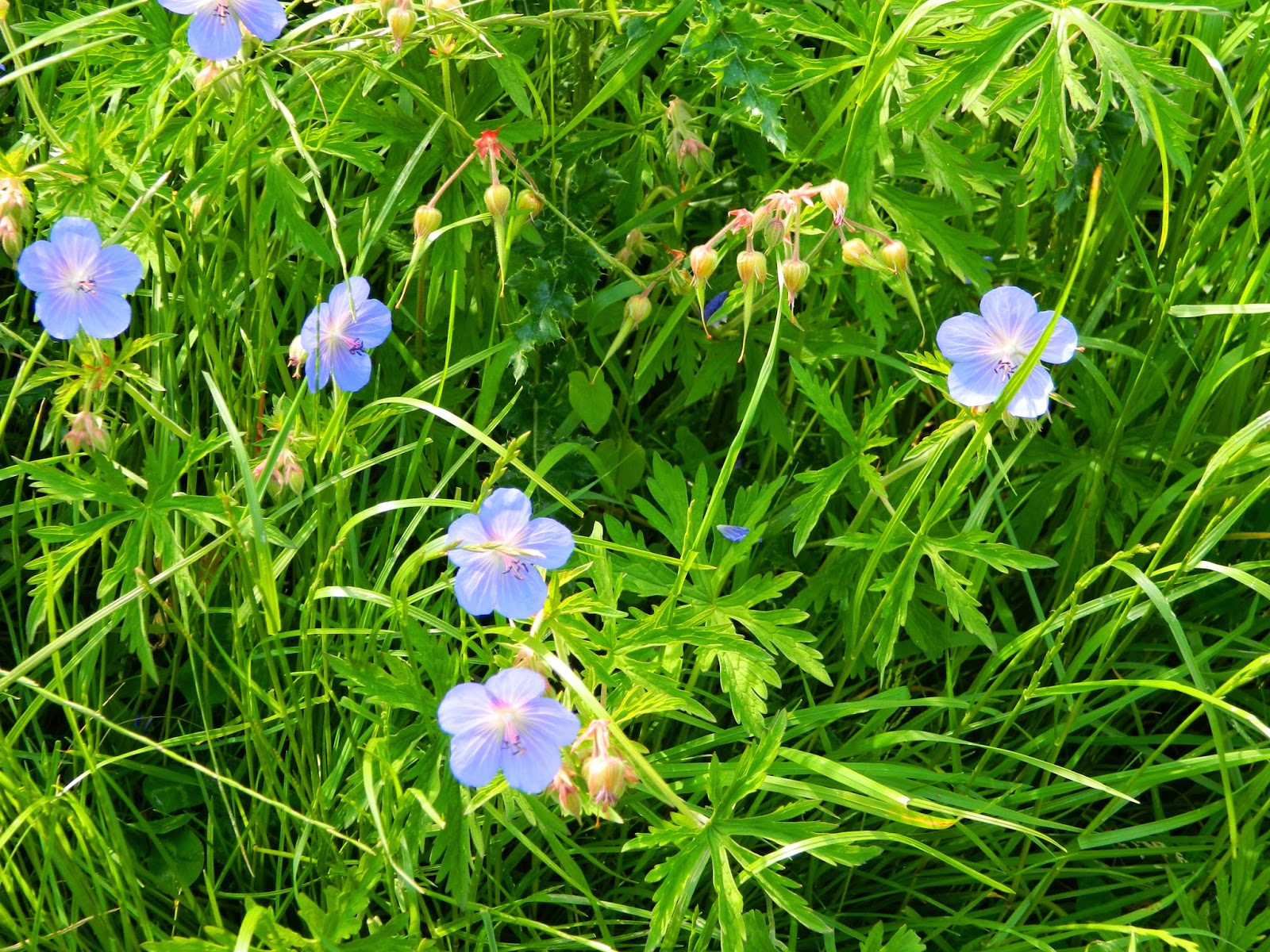 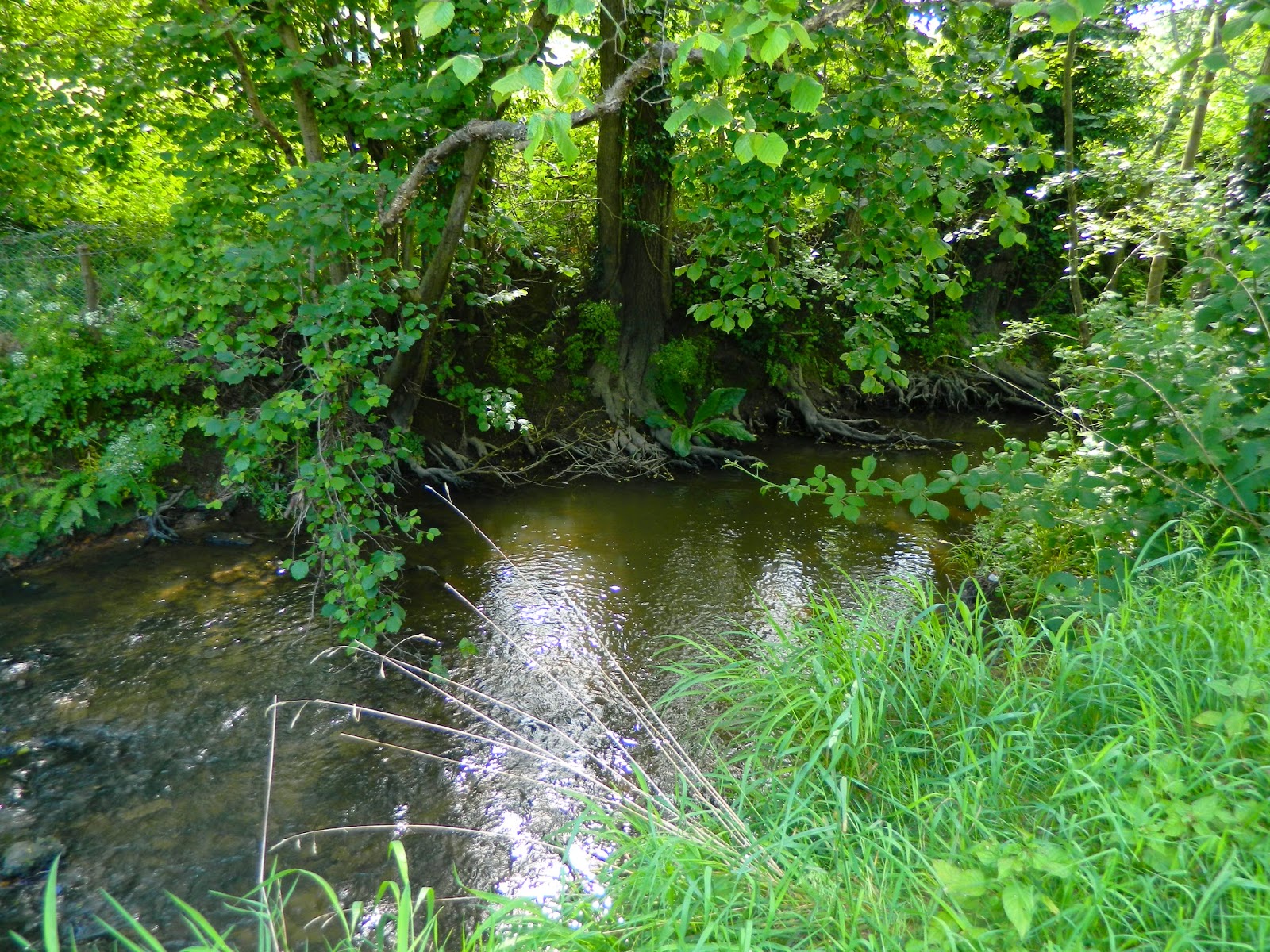 The heavy erosion on the roots of the trees along the river walk was quite apparent and not helped by the bad weather we had last winter. As it turned out they are about to close off and regenerate the river walk within the next free months due to the excessive erosion caused over the winter. 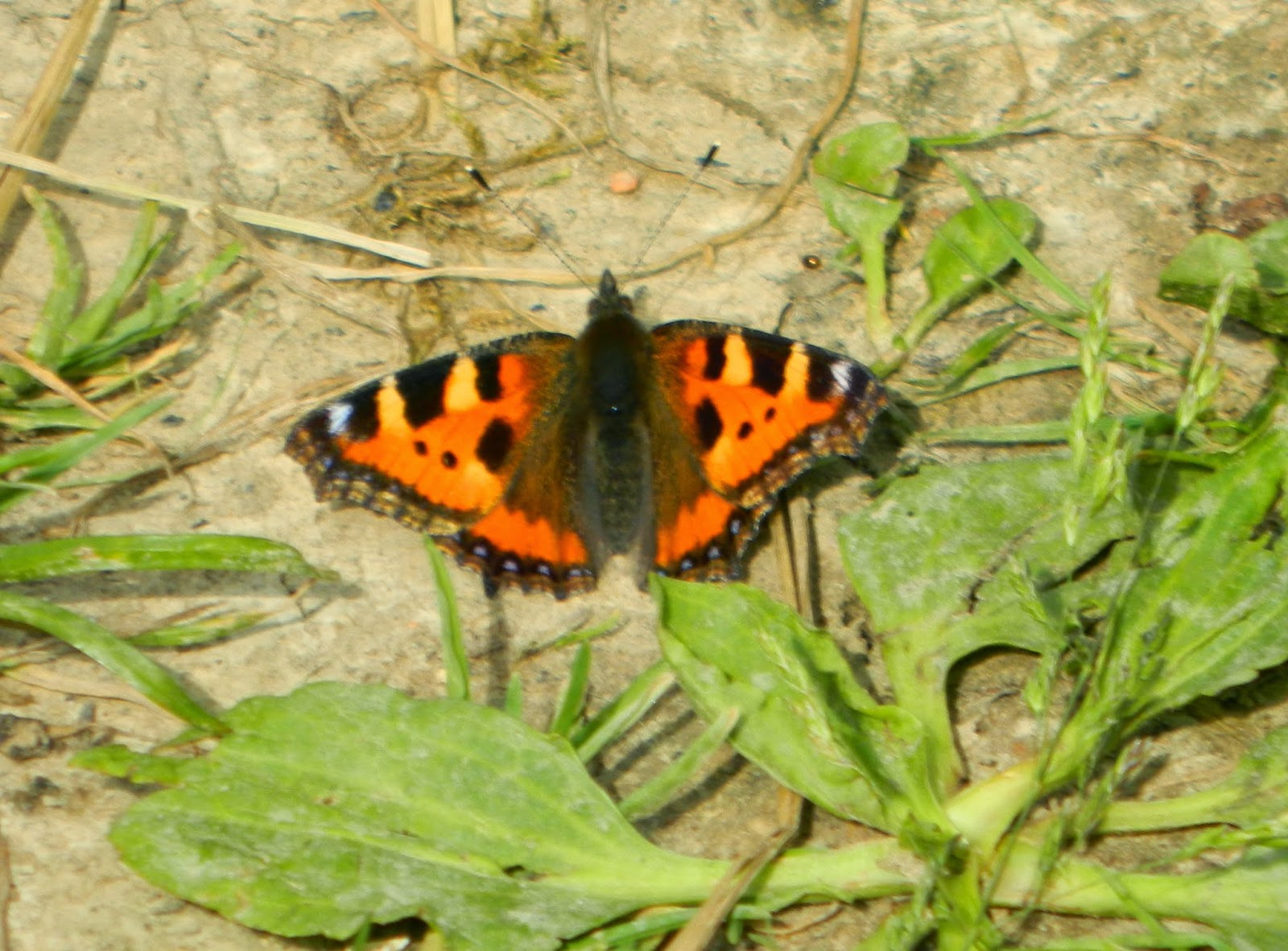 A Painted Lady Butterfly basking in the sunshine
The second week of my time off I mainly spent tidying and de-cluttering the flat! I think that I have mentioned before that I am a bit of a hoarder, and the flat has been in need of a sort out for sometime but prior to now I have not had the time to get my teeth stuck into it. I have still got the bedroom and my studio to go, but the living room and kitchen are looking much fresher now and are much nicer places to spend time in!
The only other thing that I have to report is that we have kind of found a temporary solution to the washing machine issue! We had the plumber round and it seems that the problem with the pressure is in the wall between us and our neighbour as their water pressure is fine, which means that it is an issue that the managing agents of the flat will need to sort. It’s going to be a bit expensive job for them though so it may not be happening anytime soon, so until then I am having to fill the washing machine up manually which isn’t ideal but is still quicker and more convenient that having to go to my parents to do it!
I hope that you have all had a good weekend and that you have a good week ahead. I am currently writing this whilst watching the end of the Glastonbury Festival, which I have watched a lot of over the weekend and it is really making me long to go to a festival again! Usually I have the same two weeks that I have just had off each year to go to Download Festival, which I have mentioned before but this year is the first in five years that I have not gone and I have really missed not going. The reason that my friends and I decided not to go this year was because we had seen a lot of the bands before, and a band that we really want to see are playing Reading Festival in August so we have decided to give that a go instead. I really hope that it is as good as Download is as typically the weather was really good for Download this year. For me there really is no other experience like going to a music festival! Unfortunately I can’t do the whole five days of Reading like my friends due to it being our peak trading week at work, but I shall be joining them during the weekend instead which is better than nothing!
Thanks as always for popping by! x
Posted by Jenny at 00:53